Calderdale’s domination of Panathlon competitions showed no signs of abating as they were crowned Yorkshire Multisport champions for the third year in a row.

Calderdale’s 50-point total edged out their great rivals Joseph Rowntree School from York by four points. A highly respectable third place was taken by Rotherham (whose team was made up of pupils from Kelford and Maltby Hilltop Schools), while St Mary’s College from Hull were only two points further behind them on what was their debut in a regional final. 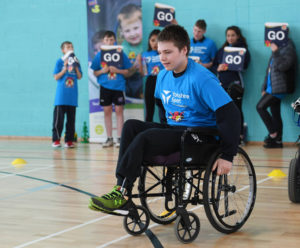 Pupils from Brooksbank and Brighouse high schools comprised the triumphant Calderdale team, with competitors ranging from the highly experienced Thomas Green – last year’s West Yorkshire Outstanding Achievement winner – to Keira Harley-Poulton, who had never before taken part in competitive sport or PE due to a heart condition.

Panathlon veteran Thomas (right) was sporting his new prosthetic leg which he was fitted with just four weeks ago. He made the agonising decision to have his left leg amputated in December due to a painful venous malformation behind his knee.

Although he’s had to stop his wheelchair race training while he tentatively learns to walk on his new prosthetic without crutches, typically, he is already looking to set himself a new physical challenge. “I want to walk the Yorkshire Three Peaks or maybe cycle coast-to-coast,” he said. Sarah Pearce, his teacher at Brooksbank School added: “You can’t keep Thomas down for long!”

Thomas’ team-mate Keira (pictured above) competed on an electronic scooter due to her heart condition, which she’s had since birth and which prevents her taking part in normal school sport sessions.

“It does feel a bit weird sitting to the side during PE lessons, but when I’m here at Panathlon I feel like I can do anything,” she said. “Winning the gold medal makes me feel really happy. I think my mum and dad will be proud,” said the 12-year-old.

Miss Pearce also singled out Panathlon debutante Hafzah Tariq, 13, for praise, calling her “our boccia queen!” She continued: “It’s fanatastic to see their faces. Some of those kids don’t do anything other than Panathlon, so to be able to take that medal home and show their families is amazing for them.” 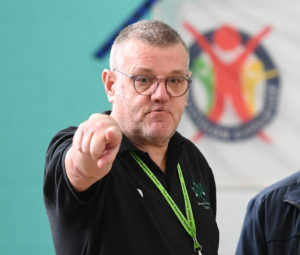 There was disappointment for second-placed Joseph Rowntree, who have been collecting plenty of medals of varying colours in recent months. The school’s boccia team finished third at the recent York Active Sports awards for winning the York & District, North Yorkshire and Yorkshire County titles and finishing fifth in the National Finals.

York team leader Barry Cornforth (left) has also just been crowned Minster FM North Yorkshire Teacher of the Year. “I’m just a cog in the wheel in the school, so the school won it really, not me,” he reflected with typical modesty. “I love the job but to get recognised like that was quite nice.”

The team now have a second-placed trophy and silver medals to add to their recent bullion. “Our trophy cabinet is full!” he joked. “I said to them beforehand, ‘No pressure – just do your best,’ but of course deep down you really want them to win.

“We’ve just come back from an overnight residential so I think they’re all tired – I know I am! It has still been a great day and really it’s all about building up their self-esteem and confidence.”

York team member Rhys Willis, 13, said: “I like being with my friends and going up against other people. Today has been a lot of fun.”

Jake Westlake, PE specialist at Maltby Hilltop School, was delighted with the Rotherham team’s display and revealed plenty of work had gone into their performance. 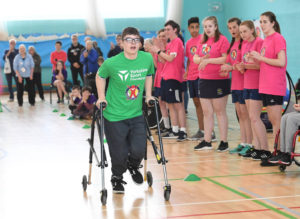 “They’ve been doing lots and lots of practice for today,” he said. “Everything we do in school prepares them for here. These guys really want to be here and they’re doing the best they can in school because they want to be chosen for these events.

“They get loads out of it. This is not just a turn-up-and-play event, the competitive element is very important. They’re all engaged, learning and cheering each other on. There’s loads of learning going on, all through sport.”

Rotherham team member Ben Hague, 19, said: “We train every week on boccia. I love throwing the ball and hitting the target. It makes me happy and proud to be here.”

Fourth-placed St Mary’s College from Hull were encouraged by their 36-point total in just their second ever Panathlon competition. “It makes the children really happy,” said Teaching Assistant Marie Hookem. “We do a lot of inclusion sport at St Mary’s College; it’s all about inclusion not exclusion and it’s great just seeing the joy on their faces.”

Seven of the Hull team members are about to head to Lord’s to compete in the national table cricket finals, having beaten eight other schools to win the Yorkshire Regional Final last month. 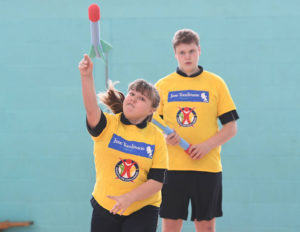 Bradley Wheatrap, 11, said: “I’m looking forward to it a lot because I’ve only been to London once before. Table cricket is real fun, I like both bowling and batting. I also love the bean bag and boccia – the sitting-down sports, basically!”

Today’s competition took place in the sports hall at Fulford School in York and their pupils acted as Young Leaders on the day, guiding the competitors and officiating. “It has been a really rewarding experience. I didn’t know what to expect but I am surprised by how competitive it has been and how much they all really want to win,” said Hope, who volunteered to help as part of her GCSE PE course.

For a full set of images from today, please click gallery.

Many thanks to Fulford School for hosting the competition and to event sponsors Yorkshire Sport Foundation and the Jane Tomlinson Appeal.