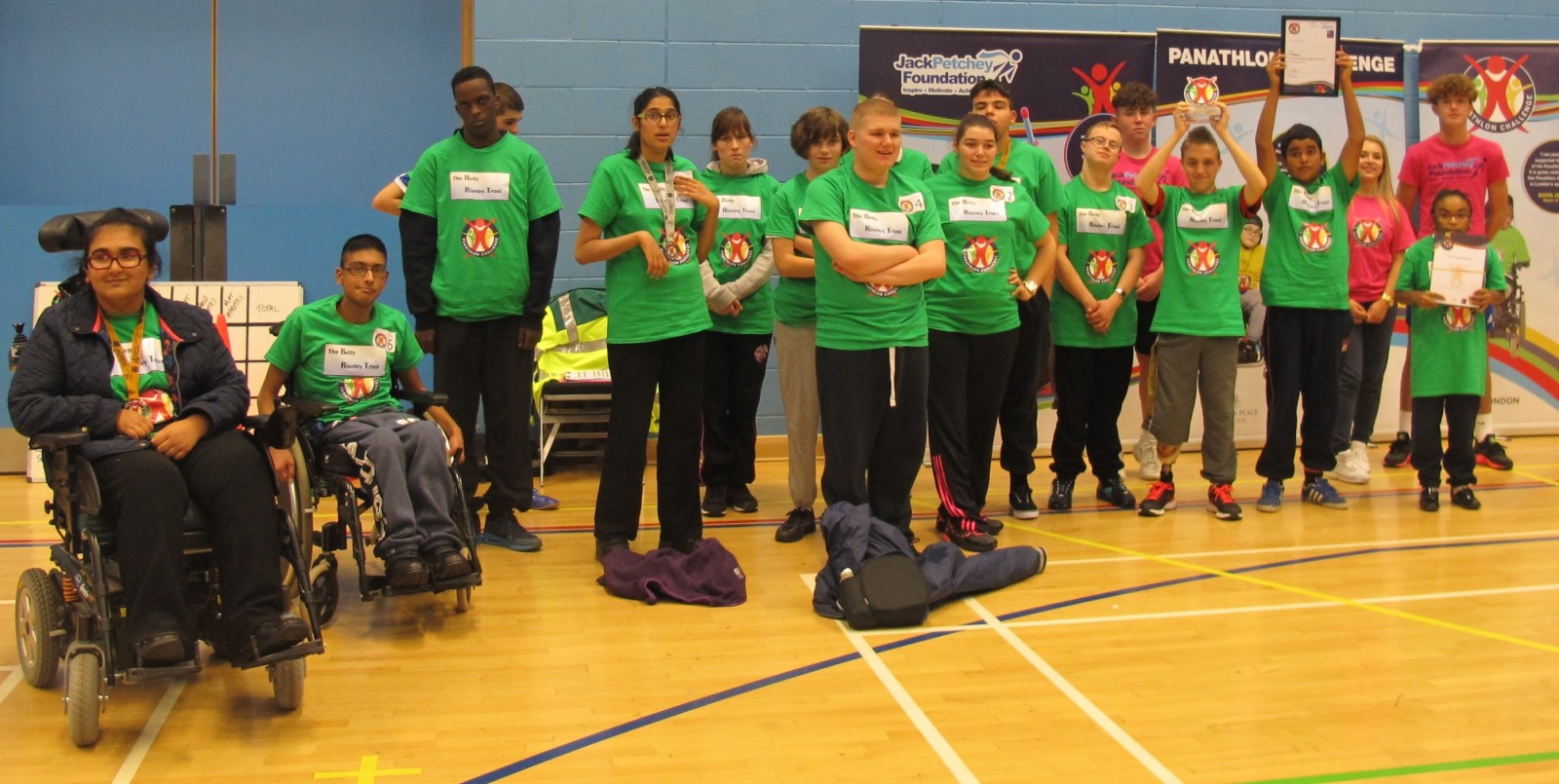 Berkshire have been crowned Panathlon south regional champions after overcoming the best teams from three other counties at the first Panathlon regional final of the year today.

The team of students from Arbour Vale School in Slough saw off the 2014/15 county champions from Kent, Surrey and Hampshire at Surrey Sports Park to win the first of six regional finals bringing together the best Panathlon teams from across the country.

“We did it this year!” said Kevin Hughes, assistant head of PE at Arbour Vale. “Having come second by only two points to Kent last year, it was great to change our fortune today, to win by two points this time.

“Panathlon is a great event for our pupils, to be able to take part in sport and to win medals.”

A total of 66 competitors, supported by 12 leaders from Chessington Community College, were involved in a thrilling day of sport in Guildford, with many close games of a high standard, as you would expect from one of Panathlon’s best-of-the-best competitions, which pit champion teams against each other.

Berkshire took the title from Surrey by just two points thanks to gold medals in table cricket, new age kurling and field athletics, along with two silver medals and one bronze.

Surrey, who were represented by The Ridgeway and Sunbury Manor Schools, excelled at boccia and polybat, winning all their matches, before pushing Surrey all the way with victory in the day’s final event, the athletics races.

Kent champions Malling & Sevenoaks – from Five Acre Wood and Valence Schools – took silver medals in polybat and table cricket, which produced a thrilling competition with small margins of victory in every game – five, 11 and 13 runs – whilst the bronze medal match ended in a tie.

A close kurling competition saw Berkshire edge out Hampshire champions Baycroft School on countback after both teams claimed two wins each, while there were some superb individual performances in the field athletics.

Ali from Berkshire threw 16m in the javelin, Ryan from Kent recorded a standing long jump of 2.04m while his team mate Cameron registered 12.30m in the seated shot putt.

A full round-up of events is available in our results table.

Panathlon has expanded its regional finals programme for the 2015/16 season, with 24 teams, including 20 county champions, battling it out as over 400 competitors take the step up to the next level of Panathlon competition.

Now in its second year, our regional finals programme has doubled in size to extend Panathlon’s sporting pathway and provide another level of competition to twice as many participating teams.

Find out more about our regional finals.