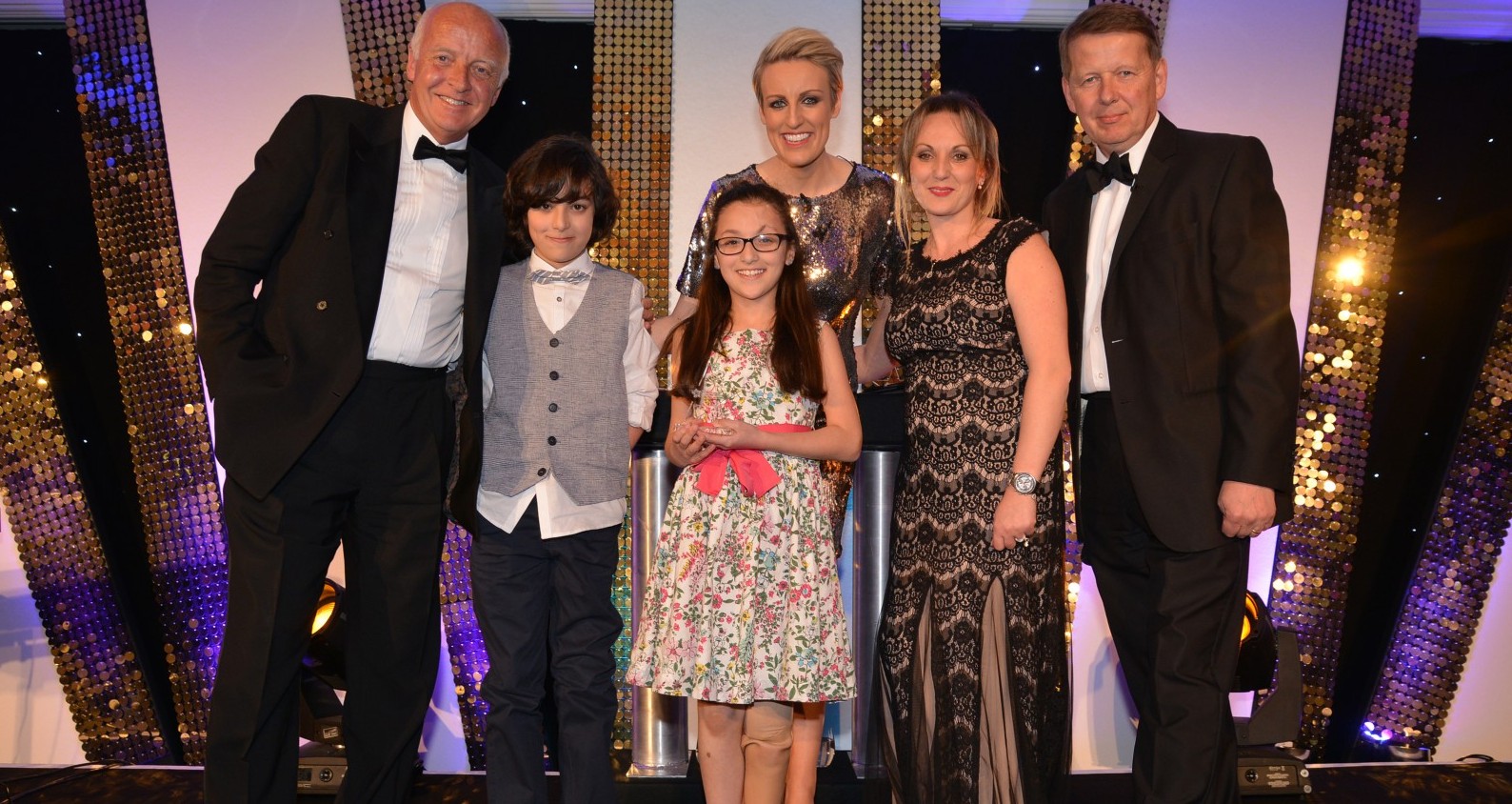 Three Panathletes were awarded “Children of Courage” Awards last night in a major ceremony at a Park Lane Hotel in London’s West End.

The inaugural ‘Children of Courage’ Awards, celebrate the amazing achievements of children, young people and their families and carers, were supported by the St. James’s Place Foundation.

The Awards recognised children in six different categories in two age groups who had been nominated for their bravery, sporting prowess, dedication, fundraising, special recognition and above all, courage in the face of adversity.

Two Panathletes from the same family, took to the stage and were presented with a special bravery award from the BBC TV presenters, Bill Turnbull and Steph McGovern (pictured above with David Bellamy, CEO and Director of the St. James’s Place Foundation)

Malik and Lina Berbiche from Uxbridge recently helped the Hillingdon team to success and qualify for their first Olympic Park Final in June. You can see a short film about them here.

Panathlon Ambassador, Paralympic Champion Liz Johnson was also present at the Awards and said, “It’s fantastic that Malik and Lina have been recognised in this way and I look forward to seeing them compete at the Copper Box Arena in June at the London Final. I hope one day Malik succeeds in his wish to be a Paralympian.” 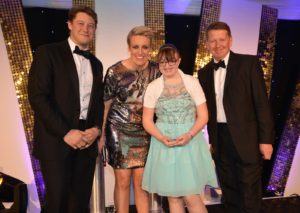 The second award went to Sophie Wood from William Bellamy School in Barking & Dagenham, for her sporting achievement. Sophie, pictured left, is no stranger now to picking up awards, having recently won the Panathlon Primary WNST Award.

This award builds on that and recognises Sophie’s change since she was first introduced to Panathlon and her work encouraging other school mates to take part in their lunchtime Panathlon Club. See her in action at school in this short film.

Donna Rose, one of Sophie’s teachers at William Bellamy School said, “We are all delighted that Sophie won this award and it is very much deserved. She should be very proud of herself for what she has achieved.”

Photos from the Awards night here and above courtesy of Steve Jenkins.

YES, @nathan_maguire97! We are so proud of our Amb