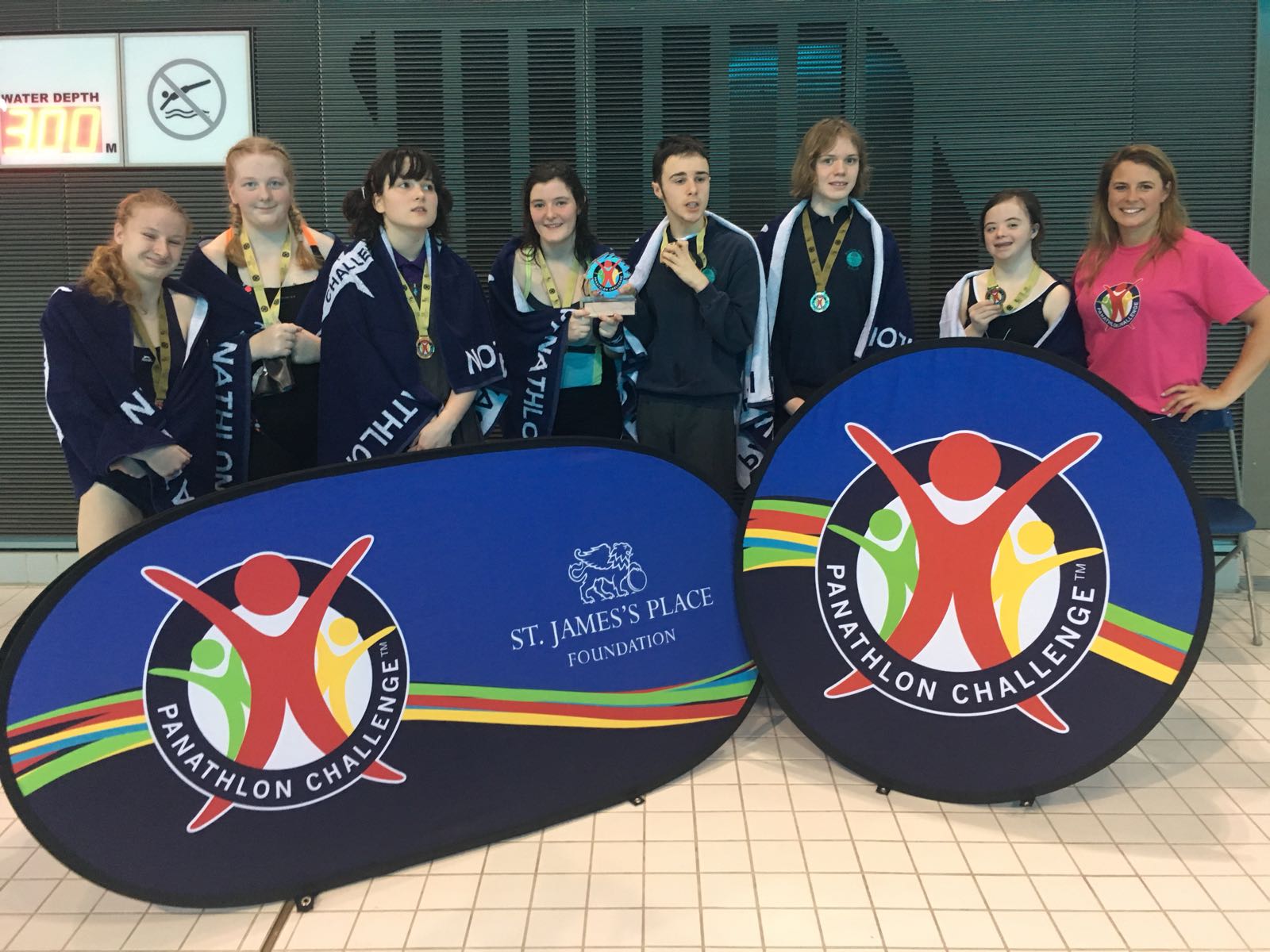 The two Colchester schools – both veterans of Panathlon competitions – were separated by only two points in the final reckoning at the prestigious 2012 London Olympic and Paralympic venue. The event was supported by our sponsors Jack Petchey Foundation and Active Essex.

Market Field finished with 55 points and student Charlie Latimer-Camilleri, 16, pronounced herself “exhilarated” by the experience.

“Tom Daley was here training this morning and winning this medal makes me feel a tiny bit like him,” she reflected.

“Those Olympians and Paralympians trained so hard and put everything into it – to get just a little bite of winning where they won six years ago is just so exciting. I watched them on TV getting their medals and now I’m doing the same.”

For fellow Market Field pupil Helen, 15, the day brought back memories of her and her mum watching Daley win his bronze medal at the same venue. “I love it here,” she commented. “I’ve been here before with my mum in 2012. It makes me happy to come back.”

Doucecroft may have finished in silver medal position, but the day marked a personal triumph for 18-year-old Charlie Garner.

He has autism, ADHD, dyslexia, dyspraxia and since the age of 12 has suffered with hyperthyroidism, which affects his body temperature and accelerates his metabolism, suppressing hunger and making it difficult to maintain healthy body fat.

Charlie admits he has a “big phobia of swimming”, so his mother and teachers did not expect him to attend the finals, especially as he finds unfamiliar surroundings intimidating (let alone huge Olympic venues). 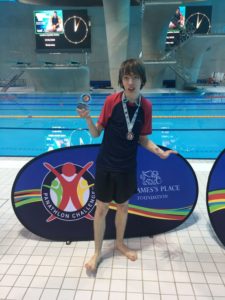 He achieved his 10-metre swimming badge only two weeks ago, but swam double that distance in competition on Wednesday. “Water still makes me nervous,” he said afterwards. “I haven’t conquered it yet, but I feel like I’ve made a lot of progress and today definitely helped. I kept going right until the end. It’s still sinking in what I’ve done!”

Andrea Griffiths, Charlie’s sports coach at Doucecroft, said: “We have worked so hard with Charlie. He used to be afraid of drowning and wouldn’t leave the corner of the pool. He hated getting wet and just getting him to let go of the side was a massive, massive effort.

“To be honest, we didn’t think he’d come today, but he has been talking into his dictaphone, telling himself what he’s got to do, almost giving himself a pep talk. I think it’s the structure and the atmosphere here which have helped him go for it and compete. We are so proud of him and his mum will be too.”

The sight of former world champion Daley training when the teams arrived inspired Rebecca Wilson, 13, from Woodlands School in Basildon, who finished in third on 44 points.

“I don’t feel like I’m a strong swimmer, but we saw Tom earlier and that made me determined,” she said. “I do boccia with Panathlon too and that’s so much fun, so I couldn’t wait to give this a try.”

Her classmate, Morgan May, 12, said: “I can’t wait to show my medal to my brother. He will be so jealous!”

Treetops School were defending champions, having won the title at the same venue last March, but had to be content with fourth place this time.

Danielle Tracey, their PE co-ordinator, said: “Coming to this big stadium is wonderful and is an opportunity that these children might not normally have. We always emphasise to them that taking part and having a go is the important thing, with good results a bonus.”

Josh Berry, nine, from seventh-placed Columbus School in Chelmsford, commented: “I loved swimming here, especially the bit where we had to shoot the ball in the hoop. Today has been very special. I’m going to show my mum my medal. She will be so pleased with me!” 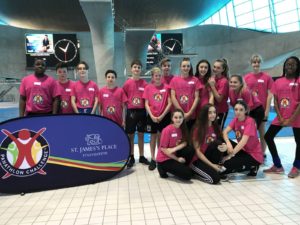 Also in attendance was GB Paralympic gold medallist swimmer and Panathlon Ambassador Liz Johnson, who said: “It has been another superb day and I was interested to hear a teacher commending one pupil for his behaviour, because in the past he wasn’t able to cope with not winning.

“He now sees value in the performance rather than having a ‘win at all costs’ attitude. He also nurtures younger members of his team. That’s the point of Panathlon – having those life lessons that we learn through sport.”

Many thanks to the following partners for making the competition possible.