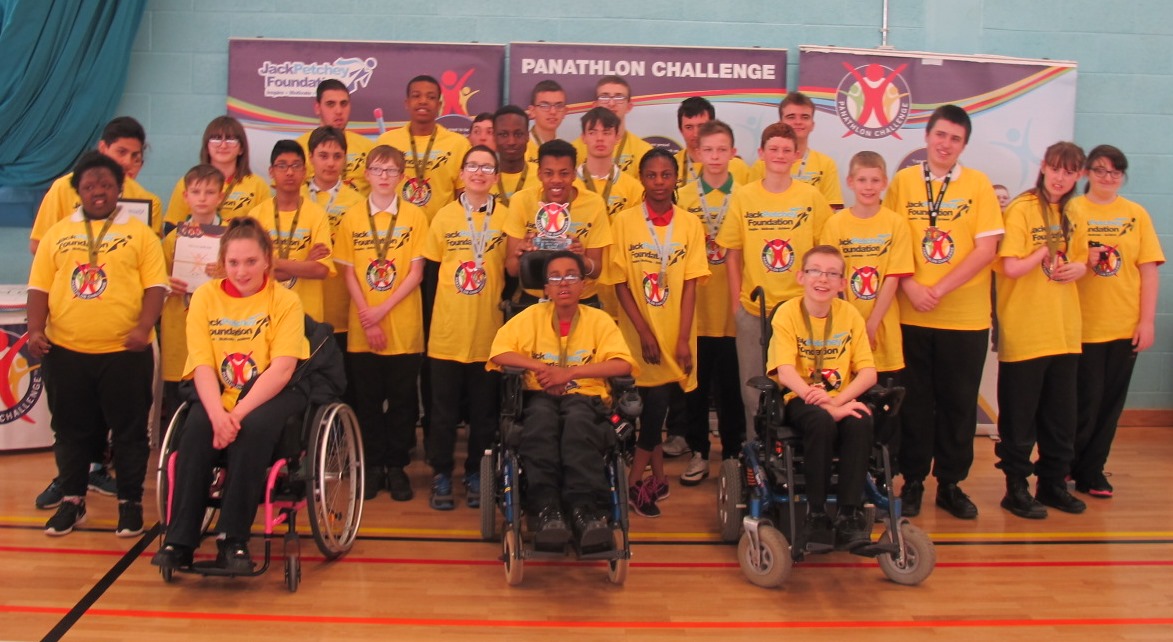 The Champions half of the draw was highly competitive with defending London Champions, Barking & Dagenham taking on arch rivals Hackney, Newham and Redbridge.

A dominant performance saw the reigning champions Barking & Dagenham win 5 out of the 6 sports, amassing 58 points out of a possible 60. Nearest competitors Newham finished second with 44 points. A full set of results can be seen here. 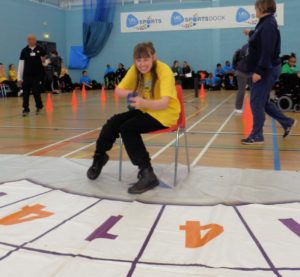 Georgina Hart (right) a previous winner of our Jack Petchey Outstanding Achievement Award enjoyed more success in the bean bag throw and being part of winning Barking & Dagenham team. She said, “It’s great to be back at Panathlon which is one of my highlights of the year. I’m delighted that we’ll be competing once again at the Olympic Park in June.”

Reece from the Barking & Dagenham team said, “I feel like a real sportsman doing wheelchair slalom. Panathlon is great because it’s only disabled people that can take part and I got near my personal best today.”

GB International Basketball player Freya Levy was on hand to inspire the competitors and was also put to work helping the Young Leaders officiate the sports. 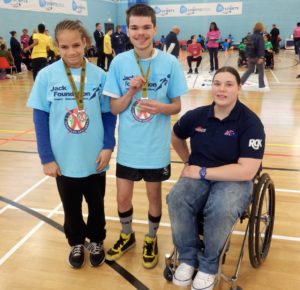 Freya (pictured left) said, “it was my first trip to a London Panathlon and it was amazing to see how competitive it was. Well done to everyone that took part.”

Onique from Waltham Forest said, “Panathlon gives a great opportunity to get out of school, meet new friends and winning a medal is just a bonus.”

A teacher from Stormont House school in Hackney said, “Panathlon builds confidence as the competition moves forwards through the rounds, and team skills improve at each level of the competition.”

Early leaders were Havering who won Polybat and Athletics field events and came second in Kurling, but it was the team from Islington who won through with victories in Table Cricket, Kurling and Athletics races. Islington will now proceed through to the Olympic Park Final in June.

Danielle from Islington said,”I love competing against other schools as it’s great to meet new people. We’re over the moon and amazed to be going to the Olympic Park.” 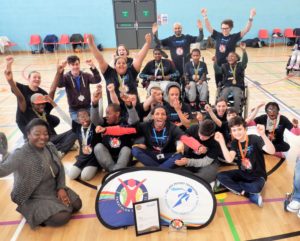 We were also delighted to welcome Schenell from the Jack Petchey Foundation (pictured right with the winning Islington team) who came to witness the action. Schenell said, “It’s tremendous to see the smiles of the young people taking part and I wish all the teams well at the next round in June.”

The 19 Leaders were from UEL and took part in training last week and then put their new skills in to use today to great effect. They were supplemented by 12 SEN Leaders from local New Vic College who also did a great job. Thank you everybody! 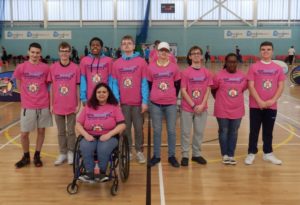 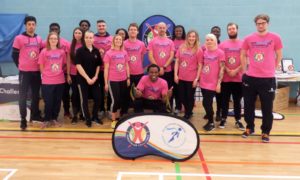