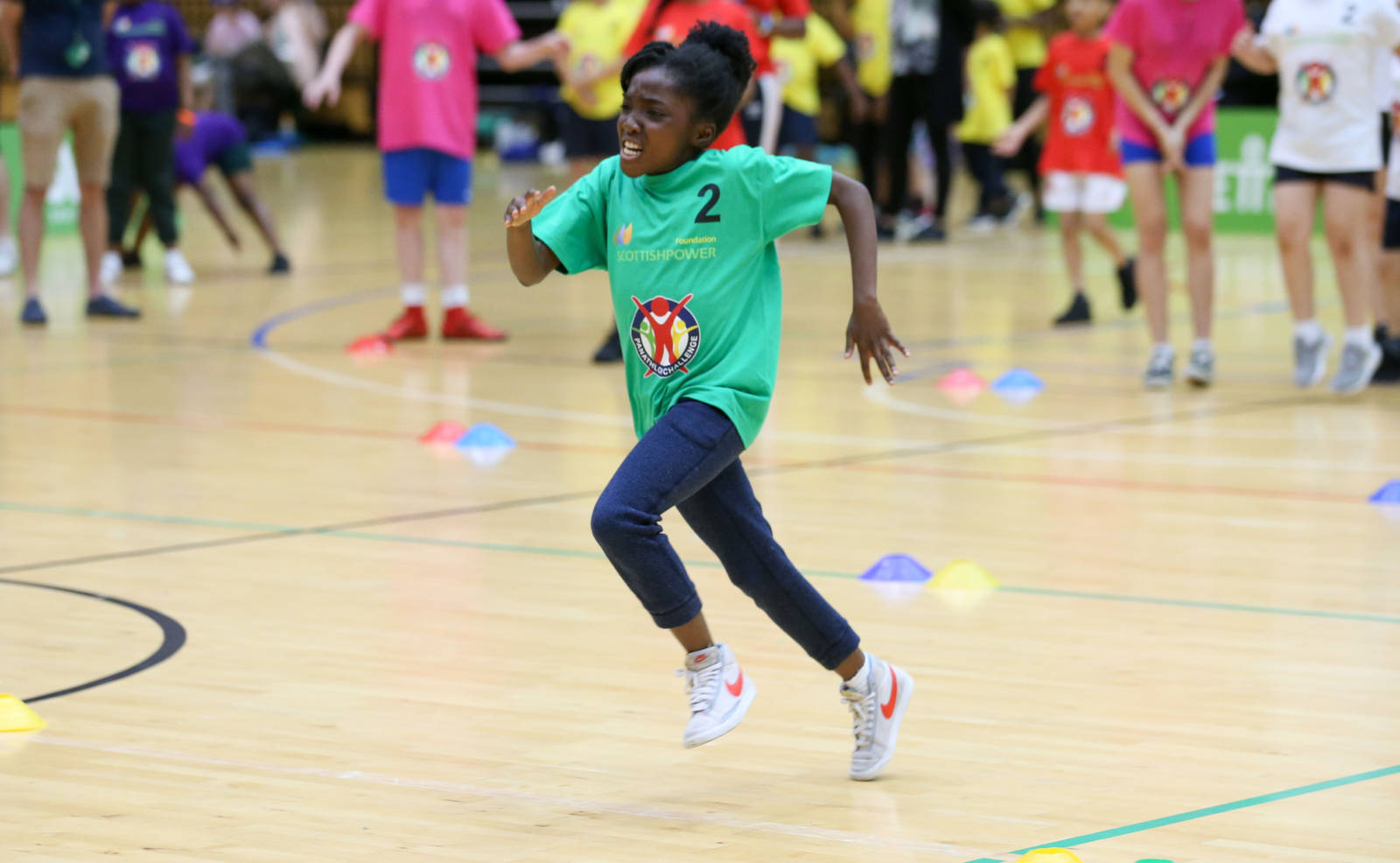 Drapers’ Brookside School were crowned our 2018/19 London Primary champions at the Copper Box Arena with teachers marvelling at the ‘personal growth’ the competition fosters in their pupils.

The Romford school were one of 20 who had battled through their Boroughs’ respective qualifying competitions to reach the final at the prestigious London 2012 venue, and the competition was split into three groups across the vast arena, with 155 children in all taking part.

“It feels amazing!” said Drapers’ Brookside pupil Blessing Agyei-Mensha, 10. “Panathlon makes me feel very, very excited. I am so proud of all my team-mates. When I get home I’m going to get through the door and shout, ‘We won!’” 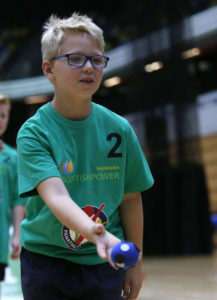 Nicholas Posthuma, PE coordinator at the school, added: “Even becoming Havering champions in our Borough was beyond our wildest dreams, so this is absolutely fantastic.

“The personal growth for all of the children who compete is wonderful. This environment for them is so clear, well organised and fun. We have a deaf child and the boost I’ve seen in him is just incredible. It’s made such an impact on the things academically that he can try and do. They suddenly think, ‘I can try that!’

“These are often children who don’t go to sporting clubs but now they’re trying different clubs within the school and outside. The effect has just been fantastic, sport-wise and academically.

“When we started Panathlon three years ago we had a boy in a wheelchair and we didn’t know what to do with him. We took him and some other SEN children along to a Panathlon and we have never looked back. To see how much enjoyment they get from it is amazing. They just suddenly feel, ‘this is something I can do!’” 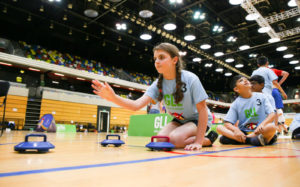 Ten-year-old Molly Neill (left), of the Group 3-winning Goldbeaters team, reflected on what Panathlon competitions mean to her. “I love that it’s not just ‘normal’ kids without disabilities here and you don’t have to compare yourself to them,” she said. “You just come here and all the other children are like you.

“It’s like in a normal race you’ve got fast kids and slower kids and the really fast ones leave the slower ones behind. Here, it’s more like you’ve got everyone starting from the same position and it’s much fairer and better for everyone.

“Panathlon has been very important for me. A lot of kids who try sport here might go on to try basketball or curling in their life outside school. That’s what’s so good about it.”

Goldbeaters teacher Chi Adimbe revealed: “We have two children in our team today who have cerebral palsy. This has given them both of them the confidence to join in with our sport clubs at school – and both their parents have now become good friends. Some of them now go swimming in external clubs. It’s been like a ripple effect. When I look at these kids I feel like the proudest ‘mum’!” 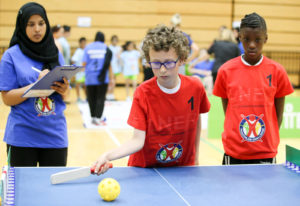 Group A winners St Peter’s School, from Croydon, celebrated wildly with their gold medals after the competition’s conclusion. One pupil, Caleb King, 10, said: “I love Panathlon so much because no-one is rude to you because you’re different. Here differences aren’t bad, everyone is special.

“Even if someone is blind or deaf or in a wheelchair you can still join in with all the sports and they help everyone in different ways. I’m going to brag to Miss Couch when I get back to school tomorrow and show her my medal!”

For Billy Edwards, teachers at Poplar School, who finished fourth in Group A, it was his first look at a large-scale Panathlon final. His first impressions were hugely positive.

“As a teacher it’s really valuable to go back to school and be able to use some of the ideas we see here,” he said. “Having tried them here, these children will be more inclined to try those games when we set them up in the playground at lunchtime, because they’re used to them. They know a little bit more than so-called mainstream children.” 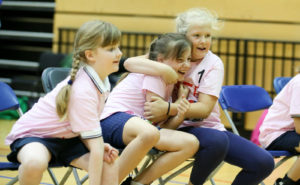 The impact of Panathlon back on school grounds was also emphasised by Adam Donnelly, teacher at Hillingdon Primary School, who finished sixth in Group A.

“We held a massive assembly when we won our local Panathlon qualifier and it’s kickstarted other pupils asking our competitors loads of questions. It gives them a greater status in the school and they make new friends out of it.

“We now have a lot of children wanting to be a part of it, whereas before they probably had a negative opinion of PE at times. This has changed their whole outlook. We’ve even taken some of the sports from here and delivered them to non-SEN children back at school. We’ve bought a lot more equipment too and have gone on to compete in table cricket, boccia and new-age kurling events. Everyone is more open to it now and we’ve given everything a go.” 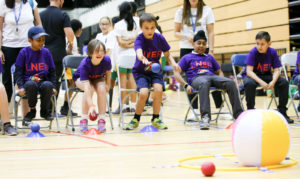 She said: “Panathlon has kind of changed my view of PE because now I know that even though you have a disability you can do sports. Before I felt like I struggled with archery [due to a disability affecting her hands] and other people were doing it better, but then I persevered to try my best after the Panathlon Challenge.”