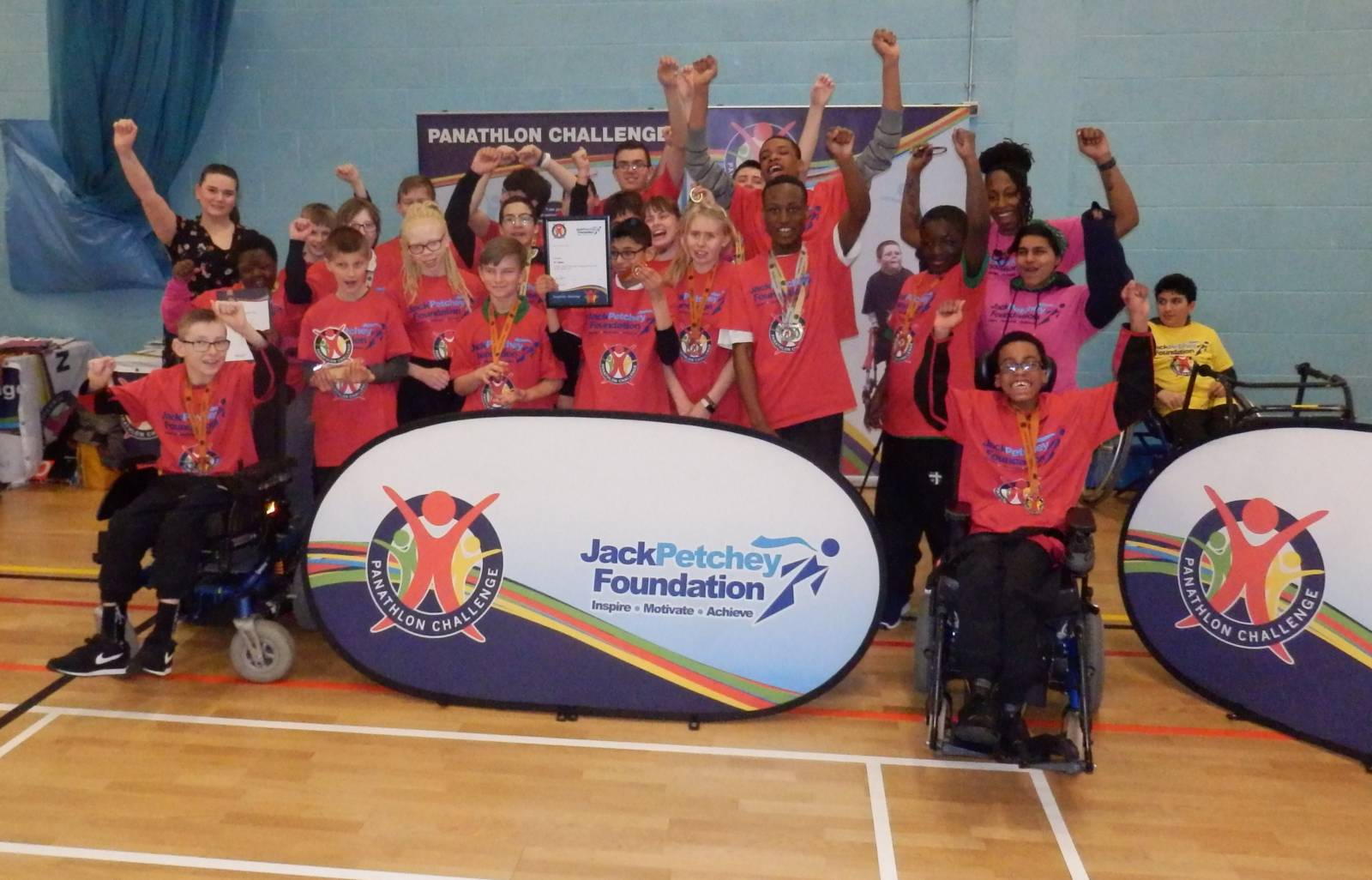 An energetic and competitive East London Final took place today at the University of East London Sportsdock, with 132 competitors from 18 East London Schools.

With the day split into the Plate Final and the Championship Finals, the level of competition was high. Defending London Champions Barking and Dagenham (main picture in red) were back in full force ready to retain their title and take on arch rivals Hackney, Newham and Redbridge.

Indeed, they came out on top with a score of 52 out of a possible 60, with Hackney just falling short, coming second with a score of 46. For the full set of results, click Here.

Emma Gillan, team manager for Barking and Dagenham said, “We’re delighted to win again and qualify for the Olympic Park Final. The team worked really hard and It’s great that it is made up of several schools all working together. We can’t wait to defend our London Champions title in June.”

We caught up with Susan Hart and her daughter Georgina (right), a previous winner of our Jack Petchey Outstanding Achievement Award, and for the second year in a row, took gold in the Precision Bean Bag, as well as being part of winning Barking & Dagenham team.

She said, “Georgina has got so much out of Panathlon and competing in sport. When she started she was very shy and withdrawn, Panathlon really brought her out of herself and opened so many doors for her. After winning the Jack Petchey Outstanding Achiever Award you could see the change in her and she started to believe in herself. Now giving her the confidence to go into schools and mentor other children; talk about her experiences, bullying and transitioning from Primary to Secondary School.”

“Her favourite event is Precision Bean Bag and from that, she now works with a coach on a Saturday, Club Throwing. So we’re hoping one day she’ll represent Great Britain. Today were hoping to get gold, but it doesn’t matter if its silver, bronze or last, at least its sport for her ability and that’s the best bit about it” 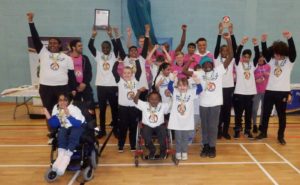 Waltham Forest (pictured in white here) came out of the blocks strong in todays events, and proceed to the Olympic Park Final in June.

With a score of 58 points out of a possible 60, securing Gold in Boccia, Table Cricket, Polybat and Athletics.  It was Islington who won the New Age Kurling, upsetting Waltham Forest’s clean sweep.

Maria Papazoglou, the co-ordinating teacher at Whitefields school competing as part of Waltham Forest said, “Panathlon promotes discipline, provides motivation and gives them a goal. It’s having an impact on the younger students at the school; they want to be part of the team because they know if they get in the team they can participate in Panathlon events.”

Thank you to our 21 Leaders from UEL, who approached today’s final with so much energy and mentored 8 SEN Leaders from local New Vic College and ensured a successful day all round.”