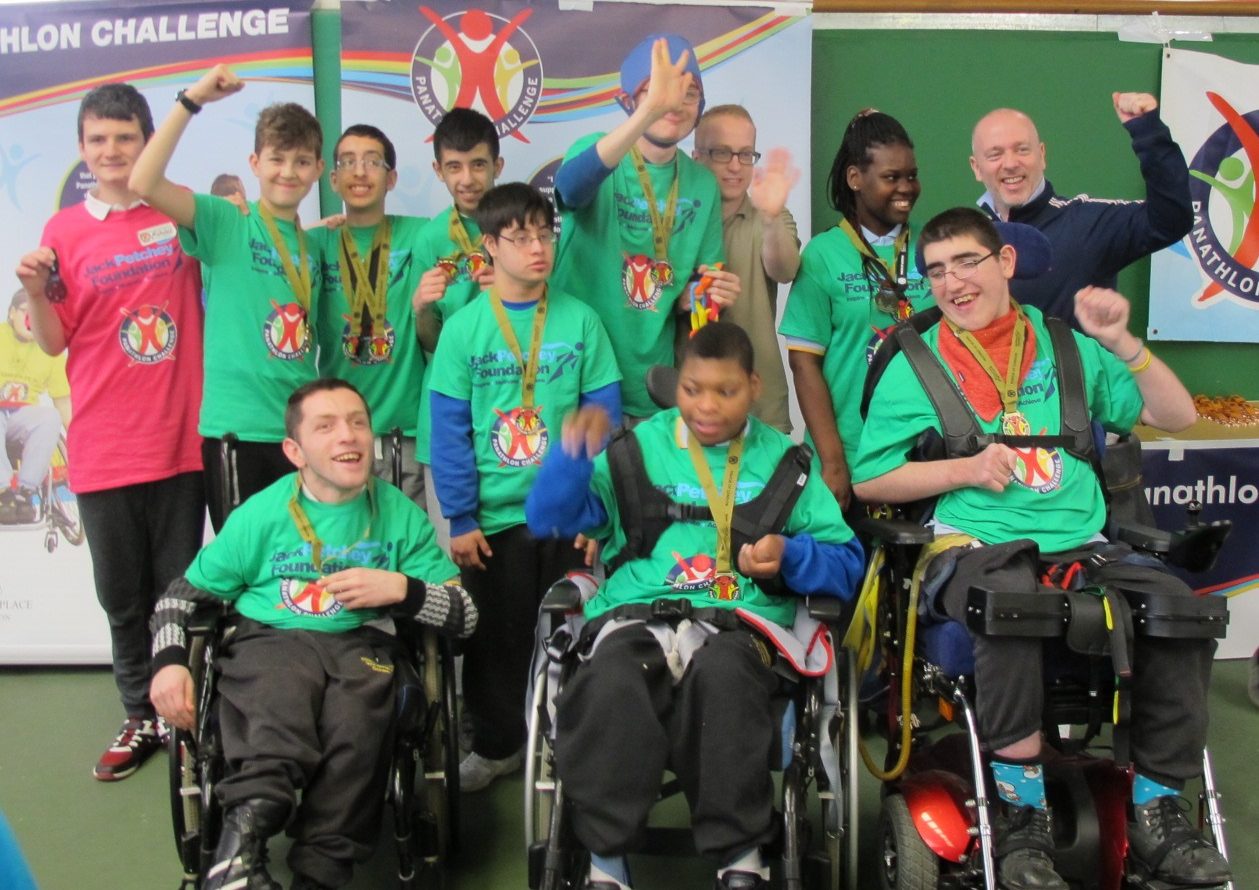 The second of our four qualifying competitions for the London Final at the Copper Box Arena, took place today at Westway Sports Centre which hosted the North London Final involving 146 competitors.

Seven Boroughs and 18 schools were competing in either the Champions or the Plate competitions, with the winning team in each competition going through to our Olympic Park Final in June.

Last years champions Enfield held off a strong challenge from Brent who won Boccia and Table Cricket, but with Enfield taking gold in athletics, kurling and polybat, they retained their north London title and move on to the Copper Box Arena in June. Hammersmith & Fulham came 3rd and Haringey followed in 4th. A full set of results can be seen here. 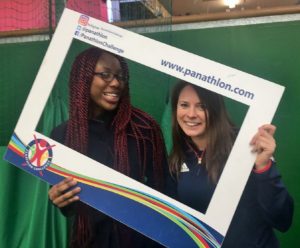 The days competitions were overseen by our Ambassador, paralympic Champion Liz Johnson, who kept a close eye on the competitors and awarded medals throughout the day. She is pictured here with Vanessa from the Jack Petchey Foundation who have supported the London Panathlon for many years now.

Liz said, “It was fantastic to be back at Panathlon and see so may young people trying their hardest for their teams in their quest for glory. Everyone seemed to love the competitive edge and yet competed with fairness and fair play. Well done to you all!”

Also competing in the double header, were the Plate qualifiers from the first round competitions from earlier in the year. Here the team from Harrow won through to the Plate Final in June by defeating Westminster and Barnet, also claiming their place in the Olympic Parks Finals in June.

We will then know all the eight qualifiers for the London Finals.

The Young Leaders today were from Kingsbury High & Westlea (on the left) and Ellen Wilkinson School (right). Both sets of Leaders did a fantastic job – thank you! 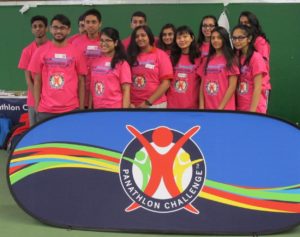 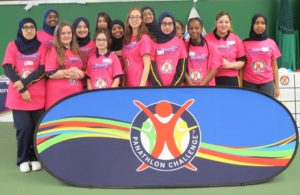