Fairfax School have been crowned the 2015 Panathlon Birmingham champions in their first year competing in the event.

The Sutton Coldfield school, who made their Panathlon debut at the north Birmingham final in December, saw off a strong challenge from Hall Green School to win the county-wide final at Sutton College by just two points.

With Team GB wheelchair basketball star Louise Sugden (pictured) watching on, 46 children battled it out in a very close competition, which saw three of the four teams each win an event.

Fairfax (49 points) produced very strong team performances in table cricket and field athletics, whilst tieing for first in the athletics races with Hall Green (47), who won new age kurling and polybat. Baskerville School (36) won gold in the boccia and finished third overall, ahead of Wilson Stuart School (34), who won silver in polybat and field athletics. For a full breakdown of scores see our results page.

Panathlon patron and Team GB vice-captain Louise Sugden was on hand to award medals and inspire the competitors and on a day that was enjoyed by all teams.

Hannah Reed from Hall Green School said: “The fact the children interact with other teams makes it a great experience. They gain confidence and generate skills that they can use in the future.”

Neil Dawson from Wilson Stuart School said: “Panathlon is the best organised sports event that we go to. The children love the whole day, the experience of competing and socialising with other teams.”

For the second year in succession, the Birmingham Panathlon finalists brought together qualifiers from two semi-finals, both held this year in December.

Edyta Lowe from Baskerville School said: “We would like to thank Panathlon for these wonderful events. The children love it and it is great for their social skills and developing teamwork.”

Sian Holmes, one of a group of students from Birmingham Metropolitan College who acted as sports leaders on the day, said: “Being involved in Panathlon has changed the way I think about disability. I love working with the children and I am now looking forward to having a career in SEN.”

Another sports leader, Sam Hewitt, said: “It is great Panathlon provides opportunities for the children to take part in sport. I have helped for the past two years. Over that time I have seen the children develop their sporting ability and gaining confidence in their sports. Also I have seen a social change with all the children interacting and all making new friends.”

Finally, thank you to our funders: 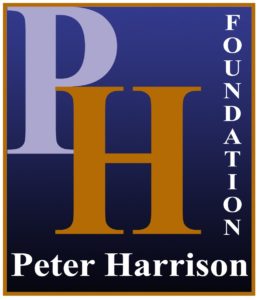