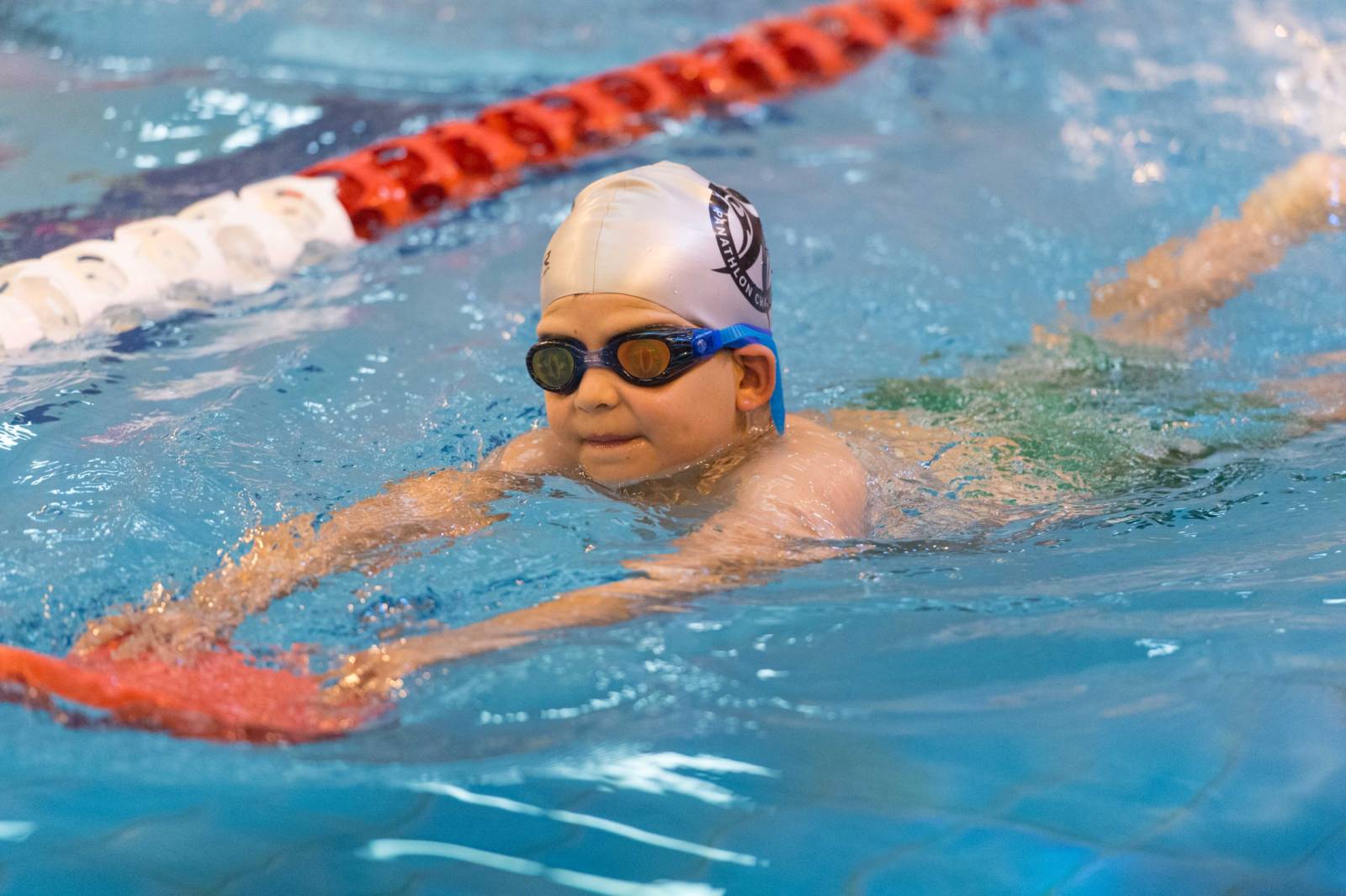 It was a Gloucestershire one-two in the Panathlon West of England Primary Swim Finals at the Handsworth Well-Being Centre in Birmingham on Tuesday, as Dinglewell Junior School took home gold.

Pupils from the school (pictured above) amassed 77 points to sneak victory over fellow Gloucestershire School, Churchdown Village by a single point.

Their tremendous battle came down to the final event with Dinglewell taking the extra point in the Treasure Hunt.

New Oscott School from Birmingham finished third with 67 points and therefore won the Birmingham Swimming title, which was being run concurrently between themselves, Beaufort, Cherry Oak and Park Hill Schools.

The day saw 9 teams with two other counties involved, Worcestershire and Staffordshire, in the Finals day with 63 children competing, with parents from all counties supporting the teams.

Champions Dinglewell and runners-up Churchdown Village won through to the finals having qualified through their Gloucestershire event and their rivalry continued in the pool again today.

“It’s been fabulous for these children to swim outside the county against other schools, especially coming all the way to Birmingham. This swimming programme has been such a great boost to their confidence, I am so proud of my boys and thank you so much for organizing this,” reflected Hazel Phillips, the school’s SENCO.

Churchdown’s Teacher in charge Sarah Esson said, “CVJS thoroughly enjoyed the day and we are very proud to have achieved 2nd place, even though there was one point in it! The student leaders today were excellent and helped the children in the pool access all the events with professionalism.”

Their teacher Lindsay McMahon commented, “Thank you for your fabulous event, the children enjoyed the experience so much. One child was reduced to tears at the thought of competing in the pool today, but all involved have made this such an inclusive event, and she can’t stop talking about how much see now loves the water.”

Scott Jeffries, a student at New Oscott said, “This is my last Panathlon for the school, it has been a brilliant experience, coming to Panathlon events has changed me as a person, I’ve met new people, been to new places, had life experiences out of school, thank you Panathlon.”

Fellow student, Libby Palmerino also leaving New Oscott in the summer said, “This has been my 20th Panathlon event; I have enjoyed my experiences as a team member at the school and has fuelled my ambition to be a Paralympian one day.”

Helping out on the day were Young Leaders from Stockland Green School in Birmingham, their 4th Panathlon day of officiating this year. All schools commented on their professional approach, empathy towards the children and good humour.”

Newcomers to Panathlon on the day – Horton Lodge from Staffordshire – saw a large contingent of parents supporting their children. Ana Lavan, the swim teacher at Horton Lodge said, “Well done Horton Lodge, onwards and upwards for us, Panathlon has given them an experience they will never forget.”

A full gallery of images are available if you click here.

Thanks to our funders, St. James’s Place Foundation and also Birmingham Council for sourcing the venue.