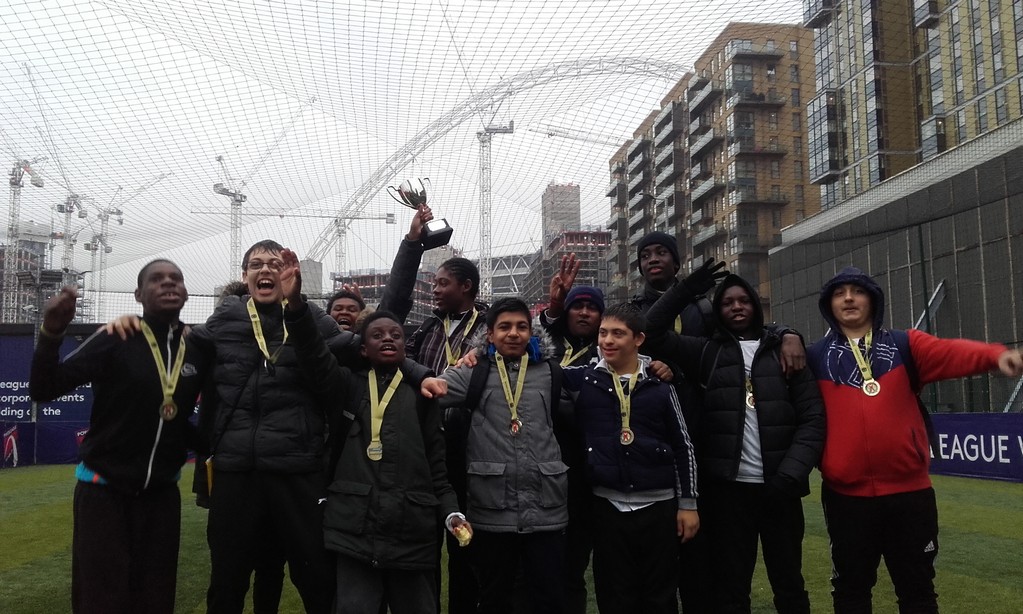 Haringey lifted the Panathlon Football Cup for their third time at Wembley Powerleague in sight of the iconic stadium.

The competition involved the 8 best teams from across London who had previously qualified from the first round of competitions,  see here

Michelle Beekharry, the co-ordinating teacher from Riverside School in Haringey said, “The students had a fantastic day! To start the day we had a tour of Wembley Stadium itself. It was great for them to bring back the cup to Haringey. We have waited a while to win again and we have since celebrated at school by having a parade around the school and were part of Assembly. We hope to come back again next year and defend our title again.”

This was our second visit to Wembley in the last week with our Plate final, involving another 8 teams from across London with 106 players involved having taken place on November 20th.

In this tournament, Waltham Forest just edged the competition from Hillingdon who came second and Bromley in third place. In this Plate competition for the runners up in round one, there was a remarkable 143 goals scored across 42 games. 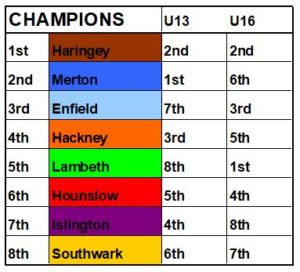 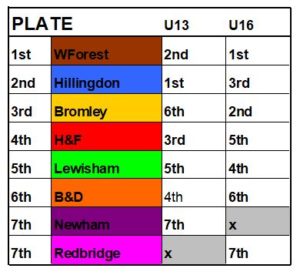