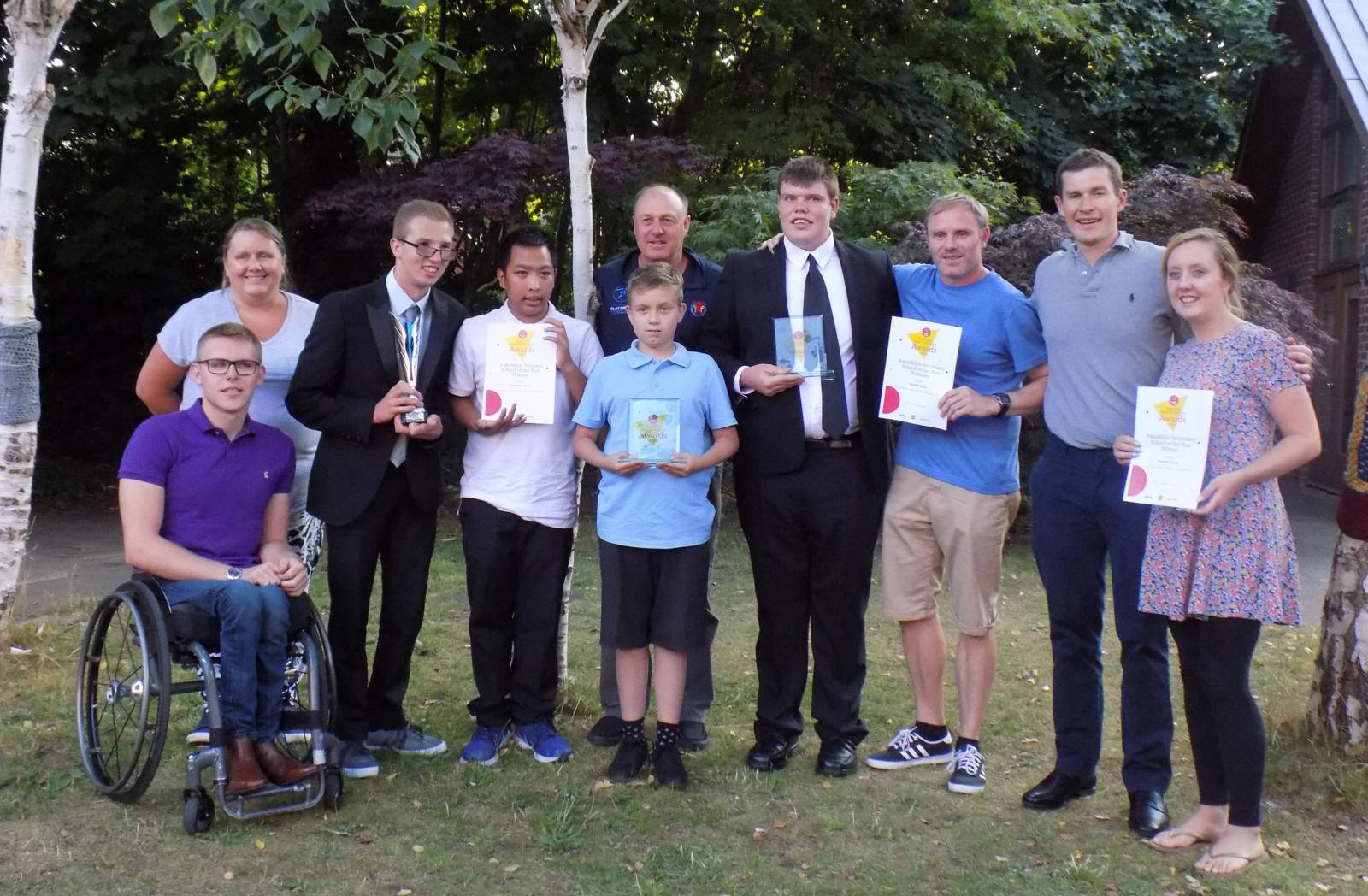 Merefield School, from Merseyside, tasted double success last week as they were crowned Panathlon Primary and Secondary School of the Year at the Greenbank Sports Academy Sports Awards.

The Southport school have won various Panathlon events this year including swimming galas and multi-sport competitions, as well as taking part in the National Swimming Finals at the London Aquatics Centre.

They were also successful in the Treasure Hunt at the North of England U14 Swimming Final at Ponds Forge in Sheffield, with each competitor winning sets of Ducks for Change – kindly donated by the DM Thomas Foundation for Young People.

The double award was supplemented by the success of pupil Aaron Bishop, who won the 2017/18 Panathlon Outstanding Achievement Award for Merseyside.

He said: “It has been a hugely successful year for Merefield. We have really promoted our younger primary pupils this year and this has seen our sports teams grow.

“The achievement of being double winners at these awards is testament to what the children have achieved across a range of competitions throughout the year.

“The highlight definitely has been the trip to London to the National Panathlon Swimming Finals at the Olympic Park. A packed two-day trip was one of the best experiences our pupils have ever had.

“It gives them an immense sense of achievement. They get huge attention and praise from their peers back at school for it, and it inspires the younger ones to join in when they’re a bit older.”

Merefield School’s PE Co-ordinator, Katy Calder, also pointed out the challenge for her pupils, who face daily battles with their disabilities.

She said: “Being at the Panathlon events is just an exciting challenge for them. It’s less of a competition, but more of just the daily challenge and the things they go through every day. Pushing through those barriers to be at events like this is just amazing.”

Jo Sharpe, Head of Learning and Sport at Merefield School, paid tribute to John and Katy for their work, saying: “PE Co-ordinators John Rice and Katy Calder have shown amazing dedication to generate so much success for Team Merefield, and help pupils achieve their full potential.

“Merefield School prides itself on its PE and sport, and tries to ensure that all pupils are included and have access to a full range of activities.

“This year we have also seen the school develop its own sports leaders. They have been instrumental in generating the interest of the younger pupils in school and helping develop their sporting skills.”