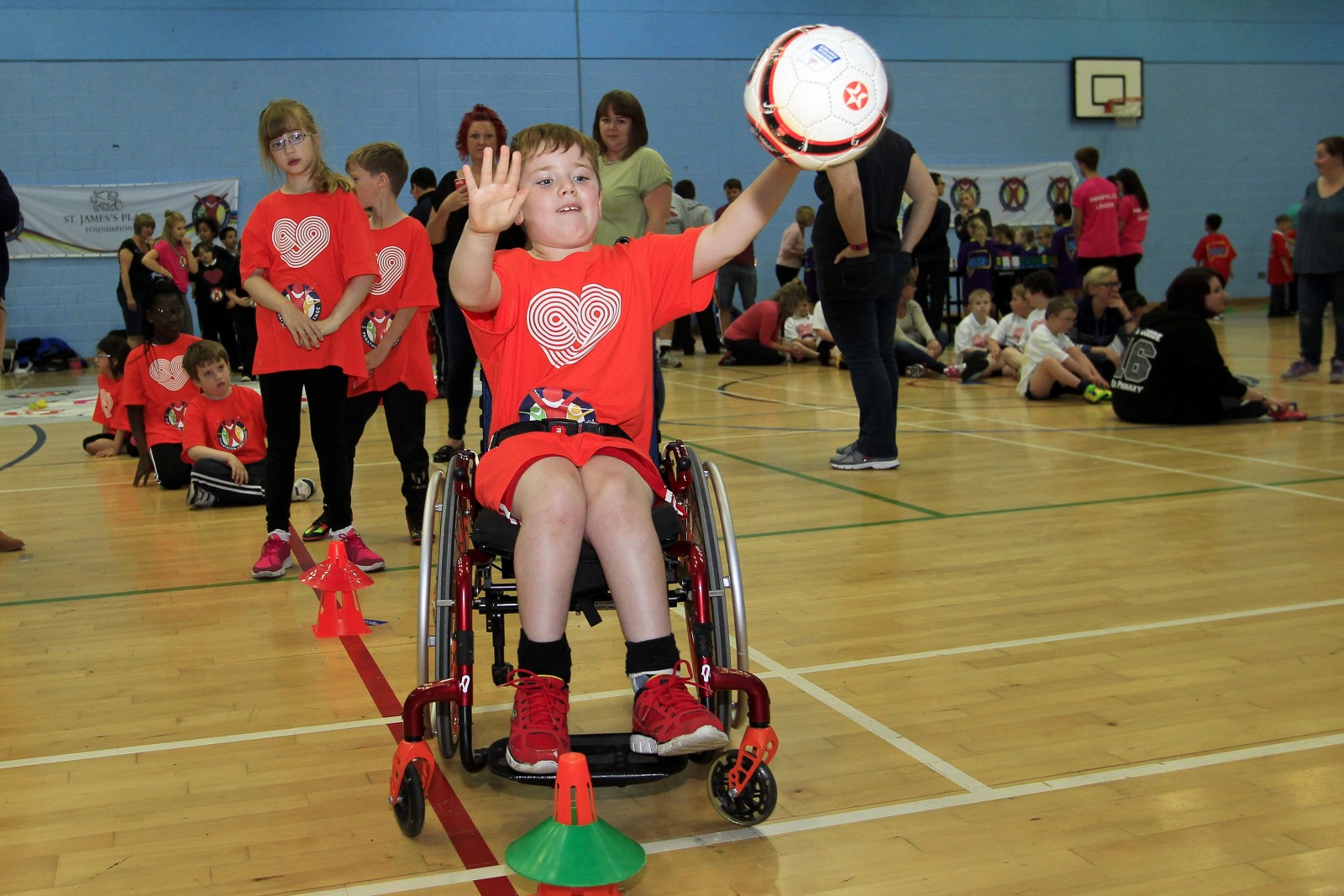 Milestone School made home advantage count on Thursday as they emerged the winners in the first of two days of Primary Panathlon competition at Hartpury College in Gloucester.

The Gloucester school (pictured left) took the gold medal in the Gloucestershire SEN Primary Panathlon Final with 57 points, beating Coalway, from Forest of Dean, by four points, with Linden, also of Gloucester, third on 51.

Leckhampton (Cheltenham) came fourth on 49, four more than Oakwood (Cheltenham).  Elmbridge (Gloucester) and Paternoster (Cirencester) both scored 36, while Heart of the Forest (Forest of Dean) notched 35.

Milestone student Kyshantay, 11, said: “It was amazing. We had our fingers crossed we would win.”

Children from Coalway had been looking forward to the event since they competed for a place in May. “They really shine in Panathlon. They are all equal today, which doesn’t normally happen with sports teams,” said teaching assistant Rebecca Chandler. 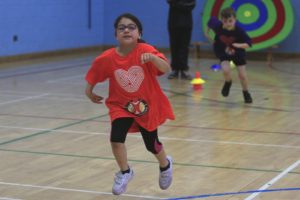 Jenny Laird, a teacher from Paternoster School, said the pupils benefit from the accessible sports and really enjoy the games. “Lining up to take part is a good exercise for them too,” she added.

Tracy White, a teacher from Oakwood School, was equally enthusiastic, commenting: “This is amazing. From the moment the children put on their t-shirts and sports kit they were thrilled.”

The opportunity to help other pupils was a major achievement for Oliver (pictured below), 14, who supervised some of the games including parachute, basketball and table cricket.

His teacher, Sadie Trotman-Murray, said: “Oliver is usually quite reserved and to see him engaging with the children like this is amazing.”

Oliver said: “I love helping everyone and like doing the demonstrations so they know what to do.”

St. James’s Place Foundation have funded Panathlon for the last four years and staff volunteered to help at the event, having been trained several weeks ago. 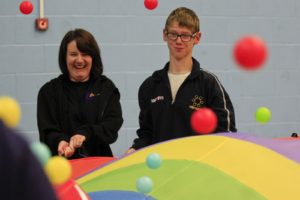 The foundation’s finance manager, Gemma Cairns, said: “We like to volunteer and put something back, and it is good to see first-hand how worthwhile Panathlon is.”

Panathlon’s chief operating officer, Tony Waymouth, said: “These two days see the culmination of an expanded Gloucestershire programme this year. The programme has seen further take-up across the county and is the flagship Primary Panathlon programme outside of London.

“The increasing demand for it has seen the county provide even more opportunity for first -time entrants to participate.”

A full photo gallery if you click the first image. 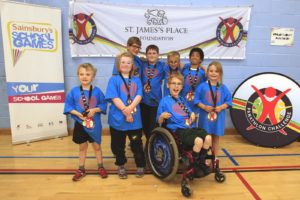 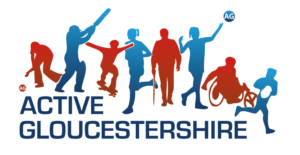