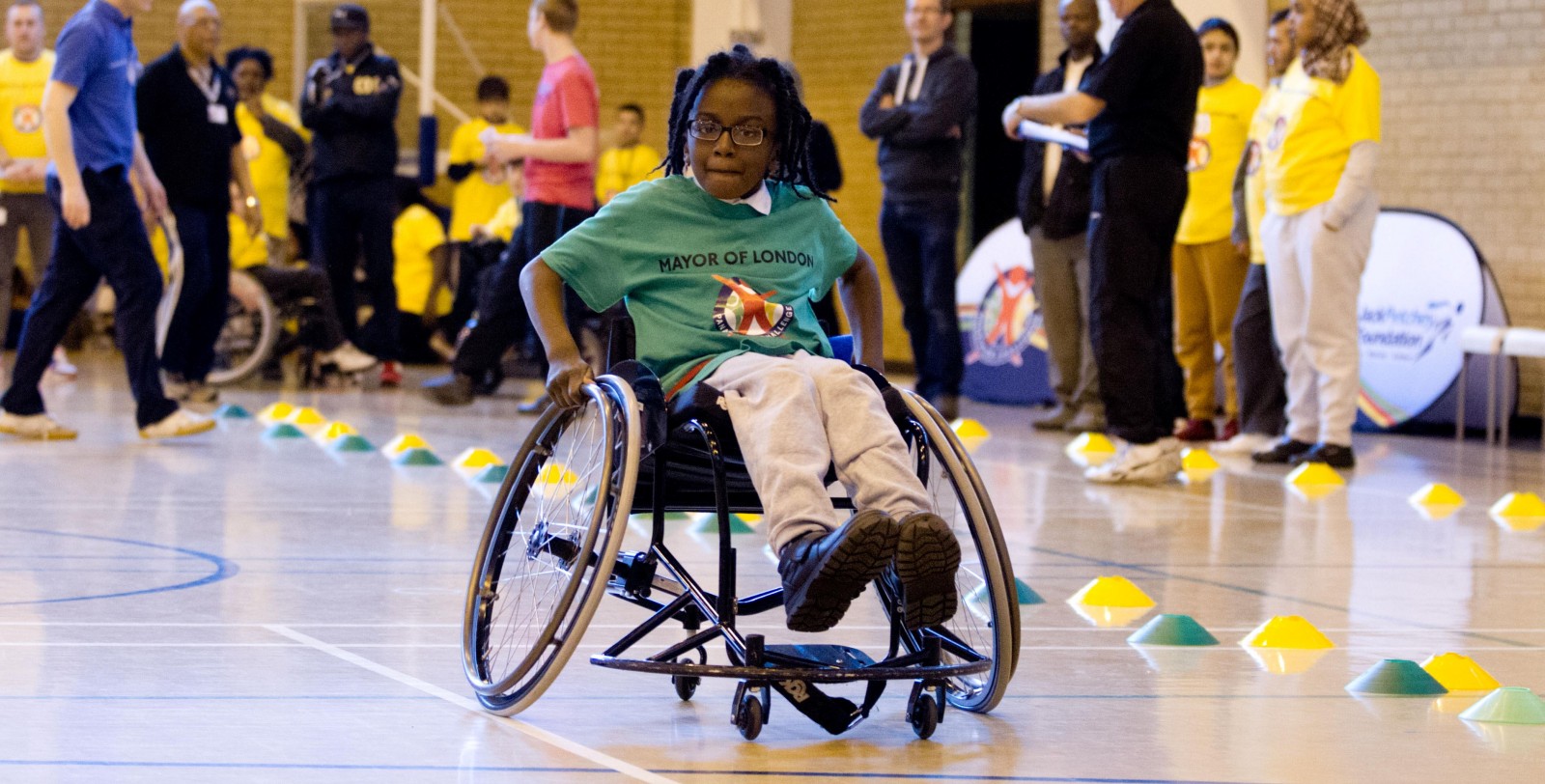 Hammersmith and Fulham are on their way to the Olympic Park as Panathlon north London champions, after winning their first ever final.

Their prize is a place in the London final, to be held at the Copper Box Arena in June, where they will be joined by north London plate winners Brent.

The Hammersmith & Fulham team, which includes students from Parayhouse, Jack Tizard, St Augustine’s RC Primary and Queensmill Schools, put in a convincing display throughout an action-packed day at Sobell Leisure Centre, which saw 180 children from 19 schools compete across champions and plate competitions.

“They are all in a dream land at this moment,” said Daniel Cayford, PE teacher at Parayhouse. “We’re on the way to the Copper Box, which will be amazing for the kids.  We’re really looking forward to it.

“What a fantastic surprise it was too! It’s the first time Hammersmith and Fulham have won, so we’ve been waiting for this. We’ve always been beaten by Harrow, so there’s a bit of friendly rivalry there. We also won the Panathlon football plate recently, so we’re on a bit of a roll!”

Hammersmith & Fulham (48 points) overcame the mighty Harrow team (46) – London champions in both 2013 and 2014 – with a convincing display throughout the day that included two events wins and two second place finishes.

With a total of just eight points separating the field, a consistent Enfield team (40) finished third with boccia-winners Haringey on 38 – the highest fourth place score in all Panathlon London competitions for over two years. A full breakdown of scoring is available on our results pages. 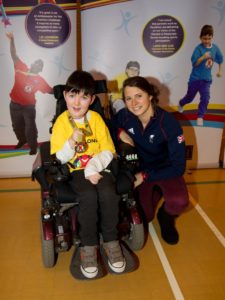 Returning to the Copper Box with Hammersmith and Fulham is a Brent team who will get the chance to go one better than last year’s second place in the Copper Box plate final, after edging out Camden by the narrowest of margins in a near-repeat of the 2014 competition.

In a dramatic finish, Brent’s win in day’s final event – the athletics relay races – saw them tie with Camden on 50 points for the second year on the trot, with Brent once again progressing to the final on countback having won three events to Camden’s two.

“We are delighted,” said Jonathan Bath, teacher at The Village School. “You could tell by our students’ reaction how much it meant to them!

“It’s really pleasing because the students put in lots of hard work prior to this event and to see it pay off and us reach another final is great, not just for the school, but for the borough of Brent. We’re delighted to be representing Brent at the Panathlon final at the Copper Box.”

15-year-old Village School pupil Arjuna Patel (pictured below left), who won gold medals at boccia and javelin, was thrilled to be competing in the final. 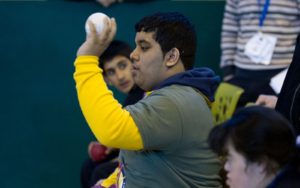 “Since I was young I always liked doing sports, competing and stuff. It’s fun. It feels good.

“I like the javelin. You need strength and technique. The most important thing is height – you need height as well as power.”

There were close finishes all round, with countback having to be employed to separate the other two plate finalists. Westminster and Barnet finished tied on 34 points, with the central London borough getting the edge for third courtesy of a first place finish in new age kurling. A full breakdown of results is available.

Triple Paralympic medalist and Panathlon ambassador Liz Johnson, who was on hand to watch the action and present medals, was excited to see a new team qualify for the London finals.

“I always find it really refreshing when we get a new winner,” she said. “It means that things don’t get stale, people don’t get bored. It gives the children an extra incentive, plus it’s good for the teachers and staff to know that the training and practice that they are instilling in the schools is coming to fruition.

“Without Panathlon, many of these children wouldn’t get a chance to take part in any sort of sporting activity, so just getting the opportunity to compete is really important for them.

“But to go from competing in this local sports hall to a venue as massive as the Olympic Park is pretty special. I don’t think the children will realise how iconic that is until they look back when they are older. Not everyone gets that chance, so this will always rank up there as one of the highlights of their life.”

Half of our London finals line-up is now complete, with Croydon and Hammersmith & Fulham in the champions’ final and Kensington & Chelsea and Brent in the plate. We look forward to the west and east London finals on 16/17 March to find out who will join them.

A special mention also to our young leaders, without whom the day would not have been possible.

So a huge thank you to everyone from La Swap, Chessington Community College and West Lea School for their enthusiasm and dedication on the day.