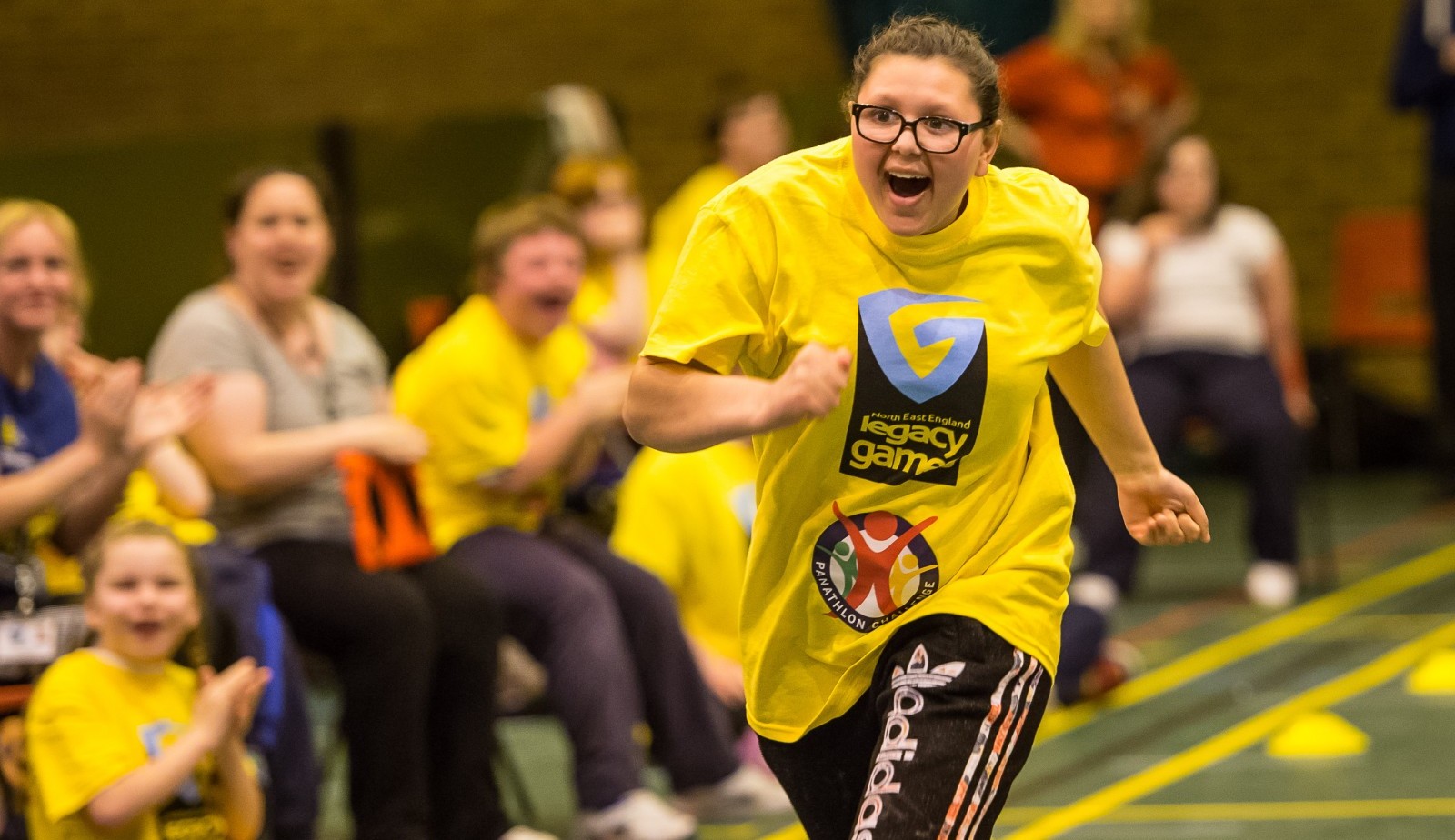 They scored 50 points to be declared winners of the five competing teams, who comprised a total of nearly 100 children from one primary school and nine secondary schools in the county.

Andrew Gullon, a senior level teaching assistant at Sir Charles Parsons School in Walker, said: “We’re elated! I’m so proud of our students as we haven’t won anything like this before. We’re hoping the new-found confidence it’s given them can be transferred into their learning. If they can achieve this as individuals working as part of a team, just think what else they’re capable of!”

Helen Jackson, PE Tutor at Percy Hedley School in Killingworth, said: “We’ve spent all day watching the smiles on everyone’s faces, saying it was all about the fun and the social benefits. Then when we realised we were in with a chance of winning, we got very competitive!”

Tony Waymouth, Panathlon Chief Operating Officer, said: “It was great to see Tyne and Wear schools out in force for the Multisport Panathlon. Each year we have strong support and this year is no different.

“Congratulations to this year’s champions, the Red Kites. We look forward to seeing them take on the best of the rest in the North-East Regional Final.” A full set of results can be viewed here.

The competitions were presided over by 28 Team Leaders from the Sixth Forms of Gateshead College and Thorp Academy in Ryton.

Jamie Hardy, 17, of Gateshead College, used the experience as part of his coaching and progression level three qualification.

He said: “I’ve now worked with kids with and without disabilities as part of my course. I think those here today as just as competitive as the able-bodied kids – and they enjoy themselves even more.” 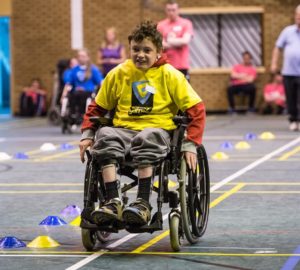 Teaching Assistant Melanie Hutton said: “These students don’t get to participate in everyday PE, but the activities here meet their needs and give them that sense of achievement. They’re really enjoying getting involved – it’s brilliant for them.”

Thorp Academy PE Teacher Gemma Chapple added: “Events like this are great for breaking down barriers. It’s a real leveller for all our students and everyone involved gets so much out of it.”

Scott Tyler, Assistant Headteacher of Gibside School, a primary school which competed alongside Thorp Academy as the Green Goosanders, said: “It’s an opportunity to experience different sorts of activities, adapted to suit everyone’s needs. Being able to participate in proper competition is important.” 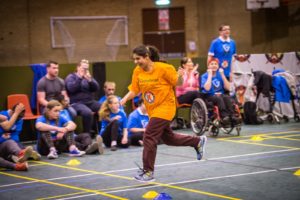 Hill Top School and Dryden School competed as the Chaffinches (pictured left), and Sandra Grindle, Hill Top PE Coordinator, said the smiles on the youngsters’ faces said it all about how much they enjoyed the challenges.

“We get a lot out of it as teachers, too, in terms of contact with other schools,” she added. “I’ve just arranged for our school’s footballers to go and play another school.”

Beacon Hill, Wallsend, and Woodlawn, Whitley Bay, were the Wagtails (pictured below). 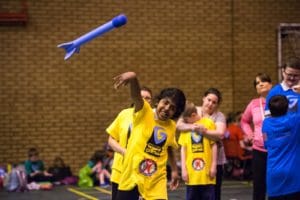 Amanda Bromilow, PE Coordinator at Beacon Hill, which brought nine children aged 12-16, said: “They’re enjoying the opportunity to play sports they haven’t experienced before, and as a school, we’re learning new sports which we can use to expand our own PE curriculum.

“It’s good for the children to get out of school with their peers of whole different abilities. Everyone’s so accepting and encouraging. It’s nice to see them interacting and engaging with the young Panathlon Leaders, too. It’s a good inclusion project for our school, as well as them. It’s a celebratory day of sport for everyone.” 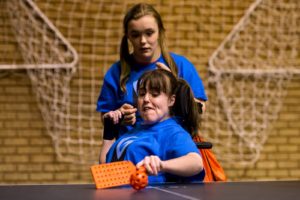 Keelmans Way teacher Michael Johnston said: “This is a valuable opportunity for our pupils to socialise with youngsters from other schools. They love the competition side of it, too; they gain a sense of accomplishment you just can’t beat.”

A selection of photos can be viewed if you click the image above left.

What an amazing story we have for you today... Pa