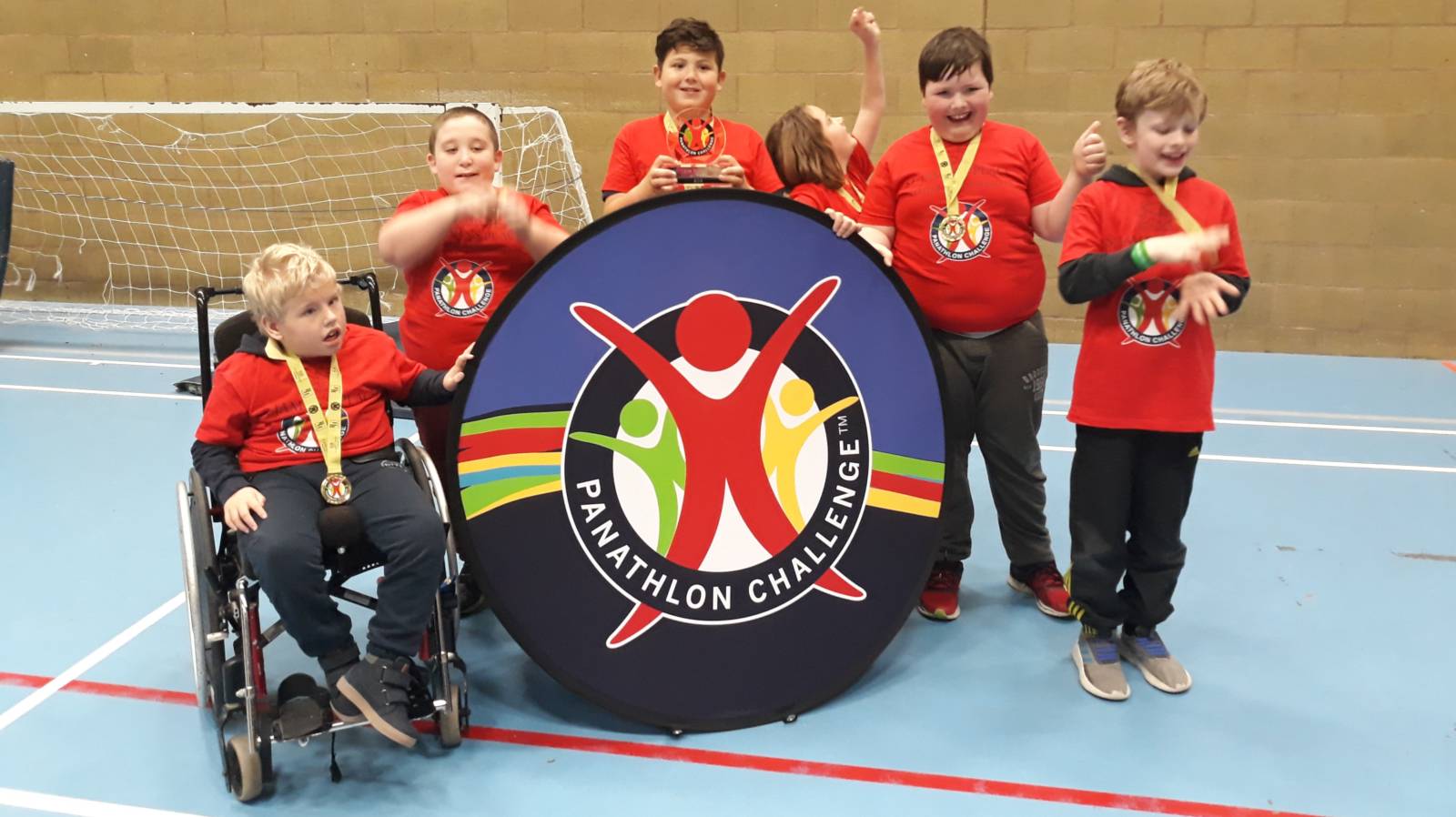 Panathlon celebrated a landmark moment on Tuesday as we staged our first ever competition outside of England.

Llandrillo College in Rhos on Sea, south of Llandudno, was the venue for our first ever Panathlon event in Wales. Seven teams from five different schools took part, with Ysgol Pendalar of Caernarfon taking the honour of becoming our first ever Welsh Panathlon gold medallists.

Tony Waymouth, Panathlon’s Chief Operating Officer, said: “It is great to have been provided with the opportunity to start in Wales. This is a momentous day for the charity, our first day ever benefiting children with disabilities and special needs outside of England.

“It is great to see so many children representing their schools for the first time. Feedback has been great from all involved and we hope to be back in the New Year to continue to provide disabled children across North Wales with further opportunities to compete.” 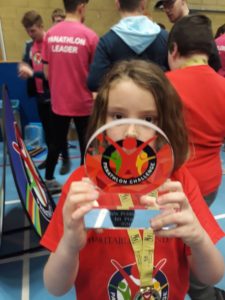 Iola Jones, teacher of the victorious Ysgol Pendalar team, said: “What a great event, the children couldn’t wait to represent their school today and to win was icing on the cake!”

Rebecca Roberts, teacher from the fourth-placed Ysgol Pen Coch, added: “My children haven’t seen these games before. They thoroughly enjoyed all of them, especially the ten-pin bowling and table cricket. The children have been so focused and engaged all day.”

Ray, a pupil at Ysgol Gogarth, said: “There are lots of different games to play that we had never seen before. It was amazing to compete against other schools.”

Pupils from Hafod Lon Gwynedd split into two teams and finished second and third. Their Team Leader, Carys Bird, said: “This was such a well organised event. The activities kept the children all on task, the leaders were exceptional with them all showing great empathy and interaction with the children.

“To Panathlon, all I can say is, brilliant organisation, great planning and so much thought around these activities coming together to make a great event.” 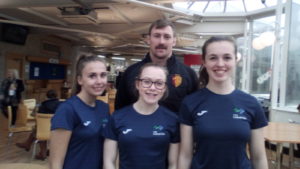 The day’s Young Leaders were from nearby Llandrillo College. One of them, Thomas Williams, reflected: “I have seen so many children totally involved. They have been far more competitive than I ever thought they would be. This has been a great experience for us as we also have never seen these sports on display.”

The trophies and medals were presented by special guest Andrew Williams, captain of the RGC North Wales Rugby team (pictured above with three of the day’s Young Leaders).

Panathlon would like to thank Jon Goodwin, Jonathan Coe, Nicola Davies and Ali Barber for their help in making the day such a success.