A new format for Panathlon Football this year with 4 quarter finals taking place in November. The top 2 teams in each competition qualify for our Finals Day to take place on February 27th at Powerleague Wembley Stadium. (see pic above!)

This new structure means many more games are played by each team and therefore, more football activity for all our players! Two age groups, U13 and U16 compete and the combined scores from both age groups decide who goes through to the Final.

24 London Boroughs took part across the 4 competitions, entering 43 teams with 261 players competing in 103 Games and scoring an incredible 512 goals in the process!

The first Quarter Final took place at Barnet Powerleague for the North London Boroughs, with 11 Teams from 7 Boroughs and 66 footballers playing. Haringey (2nd in Both Tournaments) & Harrow (3rd & 4th respectively) were our first qualifiers and are off to Wembley on February 27th to compete at the Final. 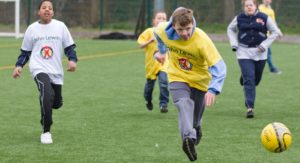 The second competition took place at Catford Soccer Centre for South London with 12 teams from 7 boroughs, involving 70 footballers in all. Lambeth won both age groups and Greenwich qualified in second place overall.

Jo Leadbetter, teacher at Woodside in Bexley was delighted to find two of her students really getting involved, Reece, who normally doesn’t take part in PE, played every game, including scoring a goal. Jo said, “Reece is quite low of confidence and often clings on to staff during PE, however today, he’s been a revelation.” Reece was not the only player that stood out for Bexley, Jo continued, “Bryon has played an important part in our team today. Normally he’s disinterested, today, he’s played the last 2 games and we couldn’t get him off the pitch!”

The 3rd quarter final in the West saw 10 teams from 5 boroughs and 63 players participating. Hillingdon (Meadow High & Pield Heath Schools) impressed throughout and won both competitions with Ealing sneaking through in second place. 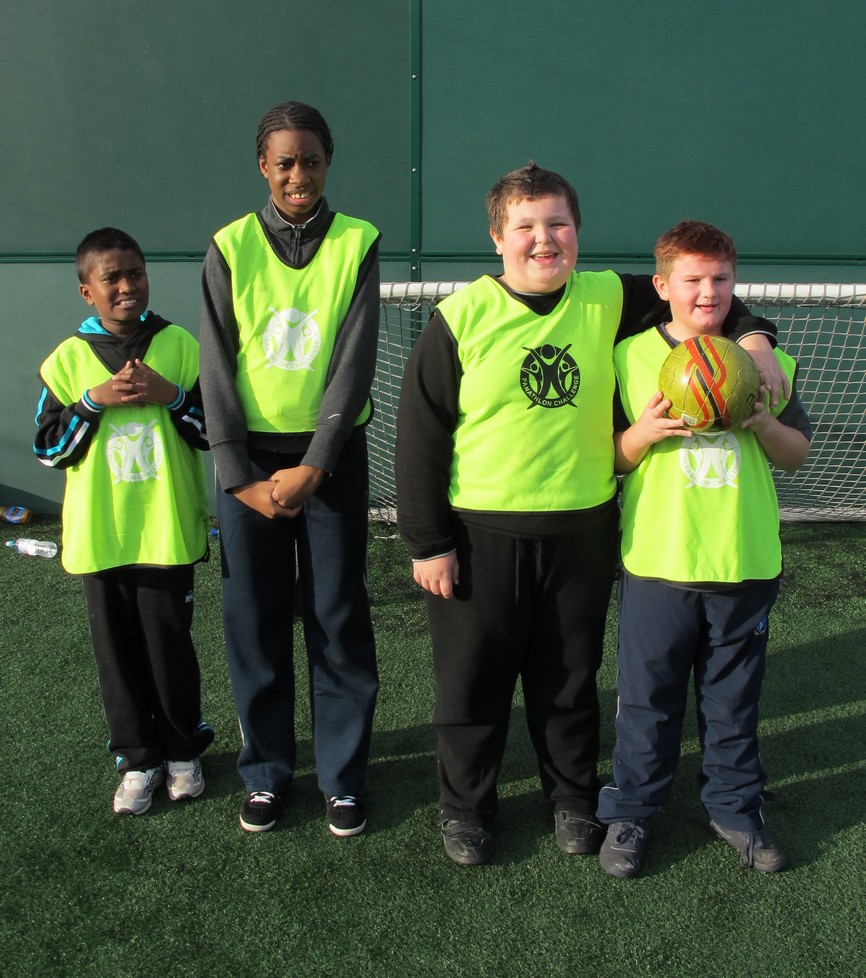 Joel and Owen from Pield Heath School in Hillingdon said, “I played football! I passed the ball! I scored goals! We won. It was great!” Their teacher Sue Donaldson said, “Our team have been playing football this term in their lunch time clubs; though this was their first competitive opportunity this year.” They are all looking forward to the finals day, where we will see them again!

The last quarter final at Powerleague Newham for the East teams took place in the rain and hail on Wednesday 20th November, with 10 teams from 5 Boroughs and 62 players in total. Congratulations to Barking & Dagenham and Hackney Team who are the 2 last finalists to get through.

We look forward to welcoming you all to the first ever Panathlon Football Cup Final!