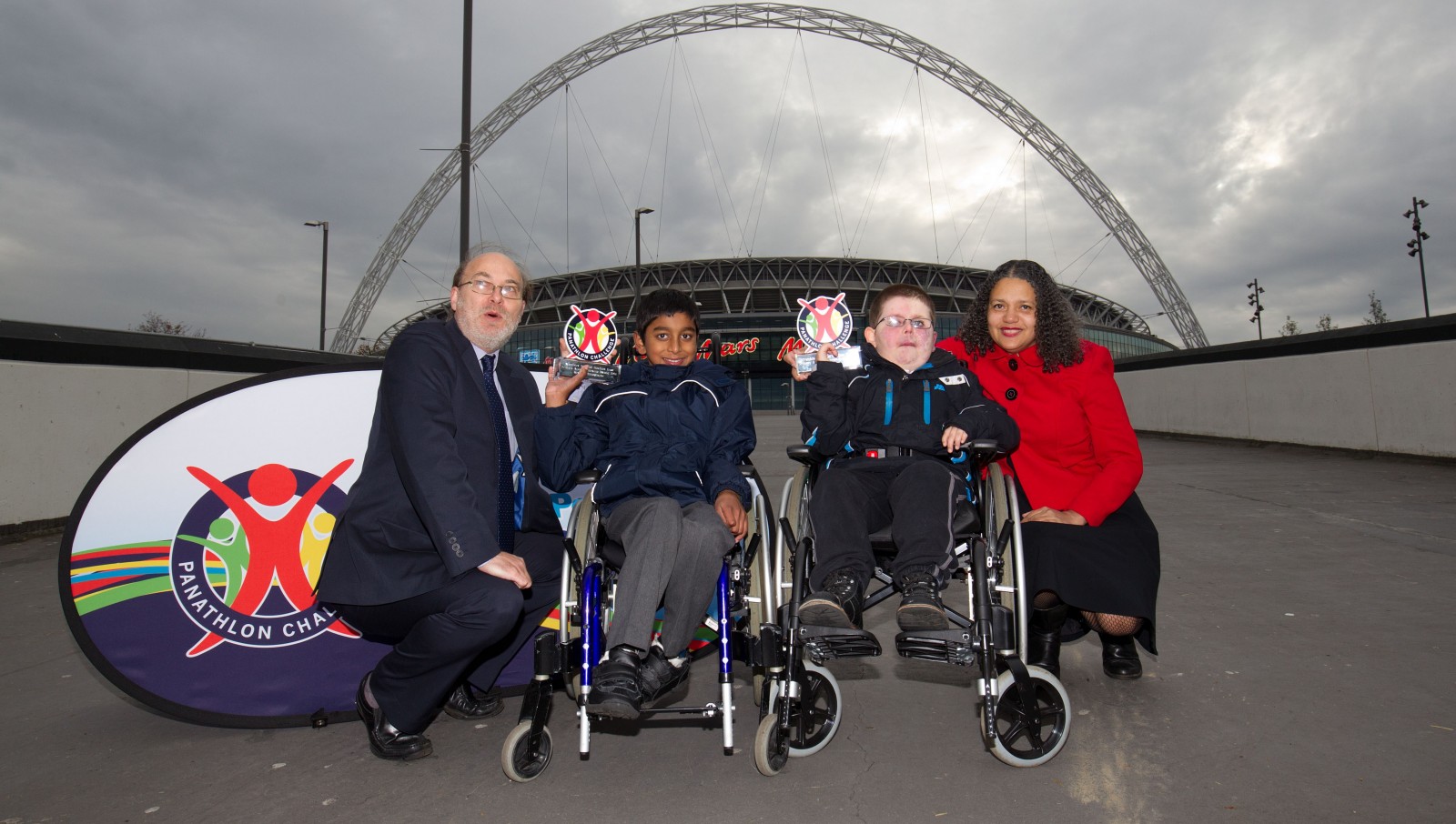 Two inspirational boys from London have been crowned Panathlon’s primary-aged achievers of the year.

10-year-old Kavindu Ravasinghe and Robert Walter, aged nine, were named as joint winners of the Wembley National Stadium Trust Primary-Aged Achievers Award, which celebrates some of our youngest competitors.

The pair collected their awards in the shadow of Wembley’s iconic arch at Powerleague Wembley, where the 2014 Panathlon Football Cup Finals were being played. Both of the boys had proud family in attendance, while Robert was even cheered on by classmates from Lindon Bennett School.

Both Robert, who has Sturge-Weber syndrome – a rare congenital neurological and skin disorder – and Kavindu, who has cerebal palsy with spastic quadriplegia, were unable to walk when they joined their schools just a few years ago. Now, both boys can move around independently on their Kaye Walkers and are integral parts of their Panathlon teams.

Lorraine Veck of Coteford Junior School, where Kavindu is a pupil, said: “Kavindu is just such an inspiration. We’re very proud of him. His confidence has really bloomed. He’s willing to have a go at anything. People assume he can’t do anything but when he goes back with loads of medals the rest of the children are really proud.”

By creating this new award, which builds on the Jack Petchey Outstanding Achievement Awards for our older competitors, Panathlon recognised the achievements of two outstanding competitors from the primary age group, with a view to widening the scope of the awards to all primary-aged pupils next year.

Kavindu and Robert received their awards from representatives from the Wembley National Stadium Trust, who are providing £48,000 to support the extension of the Primary Panathlon programme across London over the next two years.

“This is absolutely wonderful,” said Dinah Cox OBE, Trustee of the Wembley National Stadium Trust. “So many children with disabilities don’t get the opportunity to play sport because people say they can’t. A project like this shows that they can and don’t they do it brilliantly.”

You can find out more about both our winners, including reaction from their family and teachers, via the links below:

Panathlon’s Primary-Aged Achievement Awards were supported by the Wembley National Stadium trust, who have provided £48,000 to support the extension of the Primary Panathlon programme across London over the next two years.