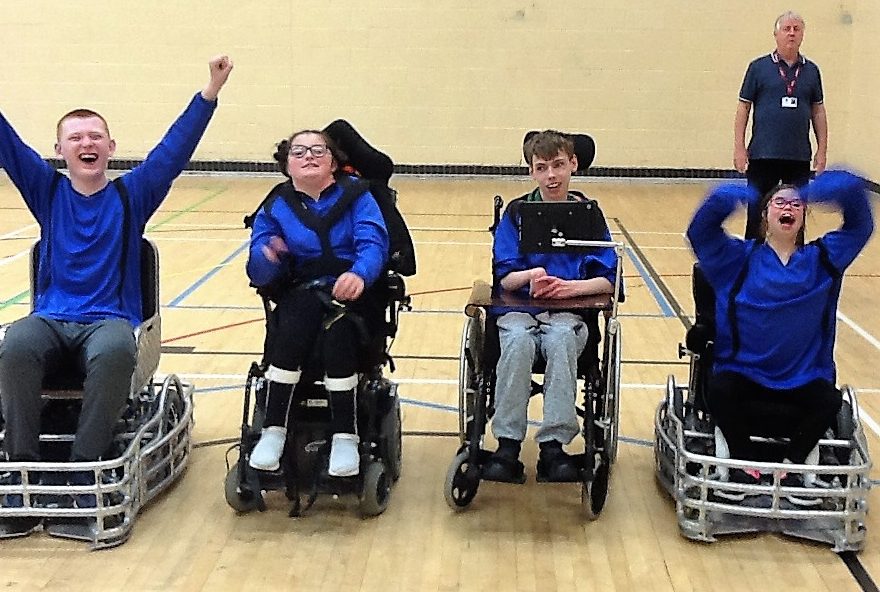 Split into 2 divisions, 6 teams battled it out for top spot. In division 1, Broadgreen International took the first points of the day with a 2-0 win over Lansbury Bridge, and built on their streak with a 1-0 win against Sandfield Park A. However Sandfield Park bounced back with a 4-0 win over Lansbury bridge to give them a spot in the final against Broadgreen International. But it was Broadgreen who claimed the trophy after a 3-1 win.

Kevin Gauden from Sandfield Park School said, “We had a fantastic day taking part in the power hockey tournament and were delighted to pick up gold and silver medals. Our pupils loved being able to safely compete in a high speed invasion game with lots of opportunities to attack and defend. Thanks to Steve and Pete at Choices for organising such an inclusive and exhilarating event.”

Congratulations to all those who took part during the day and many thanks to Greenbank Sports Academy staff and volunteers who ensured the day was an enjoyable event.