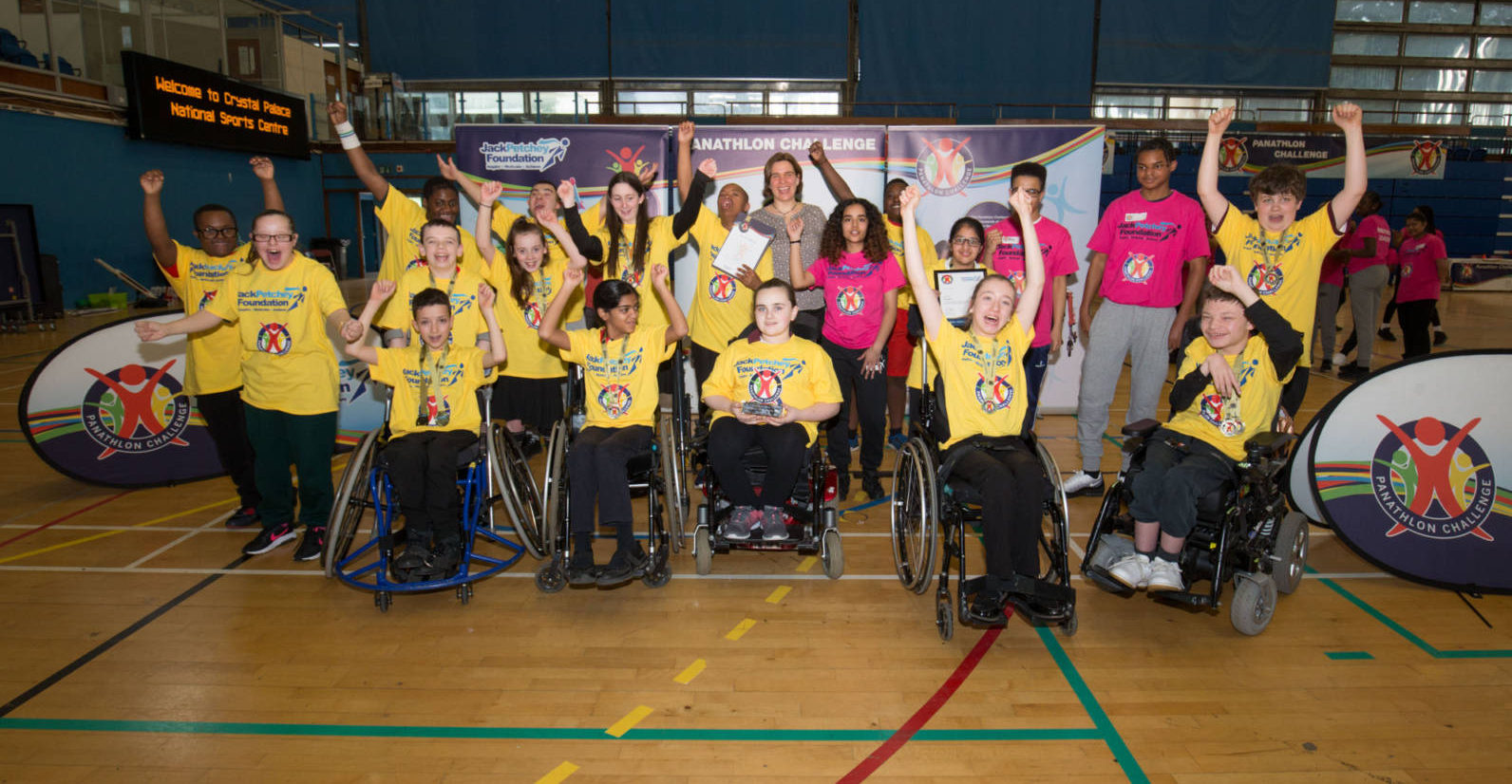 Panathlon Ambassador and Paralympic Champion Liz Johnson was on hand to inspire the competitors and witness the competitive action.

She said, “It’s always great to see so many schools joining together to form borough teams and trying to qualify for the Olympic Final in the summer. I’m always amazed how competitive the action is! Talking to the competitors today, it’s great to hear how hard they have all been training in preparation for these regional finals.”

In the Champions Final, the long term rivals Bromley and Croydon continued to compete against each other with much enthusiasm, additionally with Lambeth and Greenwich also adding to the stiff competition.

Bromley were strong in several sports and with Lambeth winning the Kurling it meant that Croydon didn’t have it all their own way but were triumphant in Boccia, Table Cricket, Polybat and Athletics races, which meant they triumphed with 54 points out of a possible 60. Bromley and Lambeth were tied for 2nd on 44 points (Bromley edging it on count-back.) Greenwich brought up the rear in 4th on 28 points.

Greenwich did well the Table Cricket and recorded the highest score of the day, 302 runs. The most astonishing result came in the 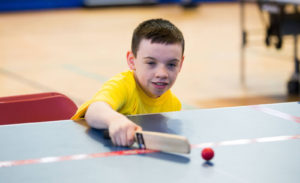 The team that came fourth, registered two 52 scores which is a remarkable achievement in itself. Other impressive individual performances came from Jake (Bromley) throwing 20 metre’s in the Javelin & Aaron (Lambeth) jumping 2.30 metres.

Congratulations to Croydon for their hard fought victory and we’ll see you back to the Olympic Park in June for the London Final.

For a full set of results see here

We spoke to Fi Bell and Liz Johnson, from Team Croydon, after receiving the winners trophy; “We’re delighted, really pleased, the children gain so much from Panathlon events, you can really see their self confidence improve. The students love the fact that they can achieve, and in a mainstream school like ours, its very important, they feel included and it gives them a chance to compete.”

Fi Continued, “The students take away from these events the importance of winning and loosing, and how it feels to lose but learning not to give up. However today we took the gold and it’s fantastic, we’re so pleased.”

The Plate Final saw teams from Lewisham, Kensington and Chelsea, Bexley and Southwark battling it out in one of our closest final scores in Panathlon history! With just 6 points Separating the teams, and a tie for first place with 44 points, it was on a on count-back that the winner was decided. 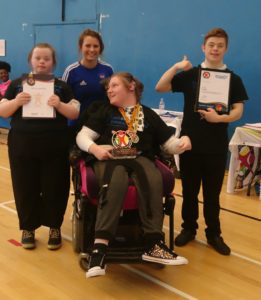 Bexley (Pictured left with Paralympian Liz Johnson) just beat Lewisham due to victories in both the Boccia & Field Athletics whilst Lewisham only won the table cricket. They both finished on 44 points. The victories were shared between all the teams with Kensington & Chelsea winning the kurling and the polybat and Southwark, the races. Bexley’s Boccia team was the outstanding team of the competition, winning all 3 of their matches and recorded a 6-0 end.

Winning 2 sports to Lewisham’s 1 win; Bexley take top spot and qualify for their first visit to the Olympic Park in the Plate Final in June. 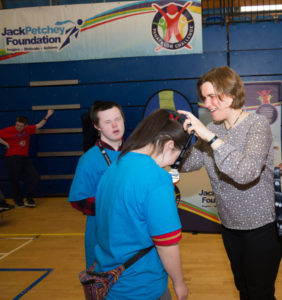 Also in attendance was Gemma Juma from the Jack Petchey Foundation who was on hand to award medals. (Pictured right)

Twenty Five Young Leaders (pictured below left) came from Oasis Shirley Park Academy and Harris Academy Crystal Palace, bringing high energy to each other and the competitors, ensuring a fun event for all. They were all trained last week and then put their theory skills in to practice running today’s sports.

Samantha from Oasis Shirley Park Academy said, “this is my first event, I really like how everybody has just come together.  Its quite different from the athletics that I’ve been to or competed in before, so its nice to learn something new.

I’m really enjoying my experience and working with people from my own school, but also all the other schools and the team work aspect of it. It’s the my first time working with children with disabilities or learning difficulties and it’s really helped me realise how everyone can be involved in sport at any level.”

A full set of gallery photos are here.

Well done to Croydon and Bexley, we’ll see you at the Copper Box Arena on June 14th!