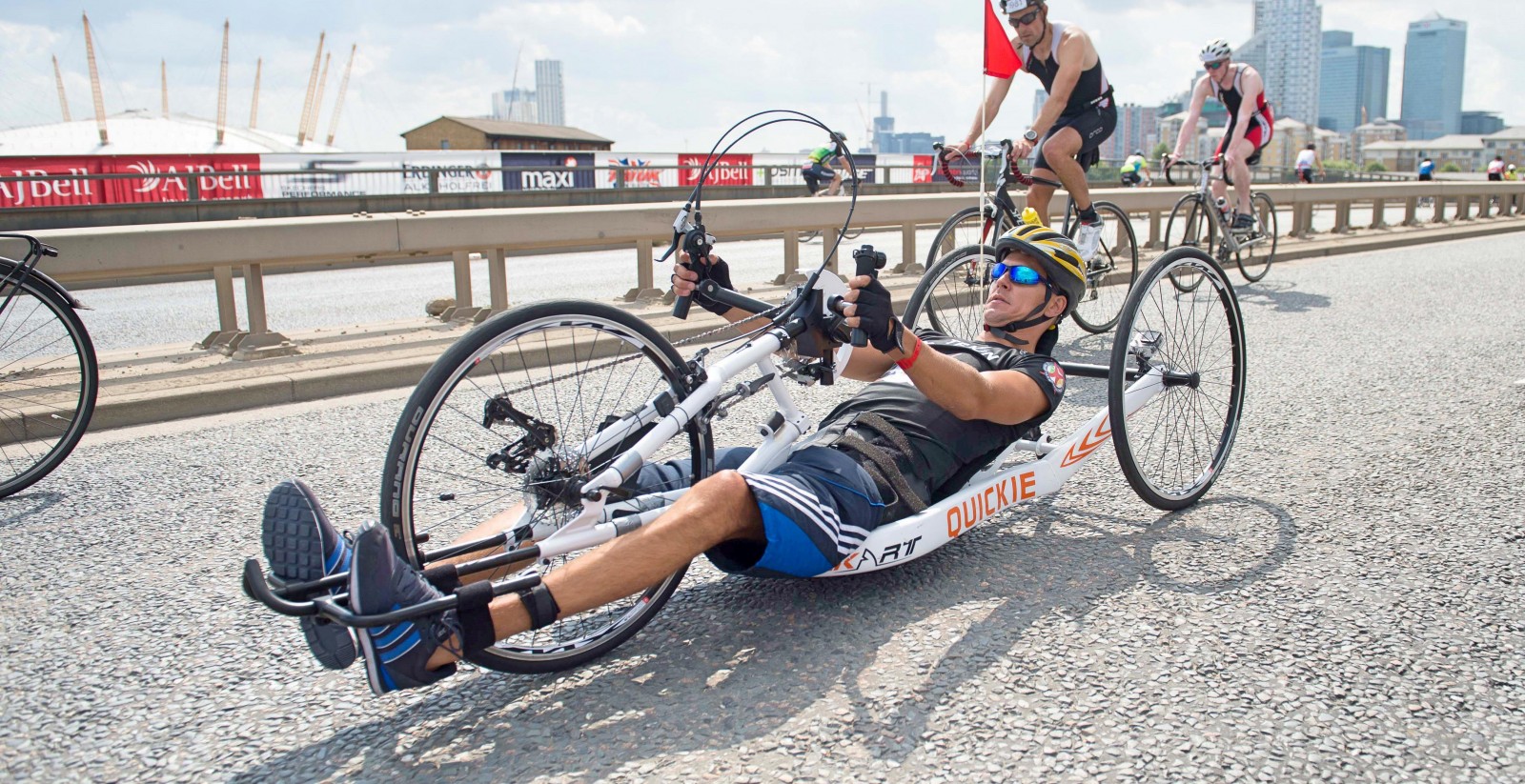 Team Panathlon was out in force at the AJ Bell London Triathlon this weekend, as 19 participants did the charity proud at the Excel Centre in London’s Docklands.

The London Triathlon is the world’s largest triathlon, attracting over 13,000 triathletes of all abilities, cheered on by 30,000 spectators.

Panathlon ambassador and Paralympic swimming champion Liz said: “It was great to be back for Team Panathlon this year and getting in the wetsuit once again. It brings a new swimming challenge for me and I really enjoyed the cut and thrust of swimming amongst so many bodies and overtaking people this year.”

Liz swam her 750m leg in a time of 16:03 before handing over to Steve Brown, Team GB wheelchair rugby captain at London 2012, who stepped in only a matter of weeks ago and started hand-cycling to make his team triathlon debut for Panathlon (main picture above), managing to complete the tough 20km course in one hour and two minutes.

“It was a tough challenge which I enjoyed,” said Steve, “but being part of the Panathlon Paralympic team has helped me through it.”

Danny Crates, recently seen on BBC One’s Masterchef, brought the team home to a very respectible 85th place overall out of 126 teams. Many thanks to you all for your efforts!

Making her open water swimming debut, Jo Calvino – the Olympian and four-time Commonwealth Games athlete who recently won her 20th senior weightlifting medal – led the team out with a time of 19:56.

She passed the baton on to cyclist Jo McRae, who rode a very quick 35:25 for the 20km leg before handing over to Matt Iceton, a late replacement for the injured Donna Fraser, who ran the fastest 5km of any of the 135 teams in a fantastic time of 19:23.

All of this meant Team GB placed a very respectable 11th out of the 126 teams. Please show your support for the team’s fantastic efforts on the Team Panathlon fundraising page!

After crossing the finish line, Matt got straight back into his wetsuit and took part in the individual sprint triathlon, completing all three disciplines to finish 14th out of 1,733 competitors. A good effort that, after his 5km warm up only minutes before!

Any contributions to their fundraising page are most welcome!

All money raised will be ploughed straight back to help some of the 6,000+ disabled children across the country who compete in their own ‘mini-Paralympics’ through the Panathlon Challenge.

Team Panathlon member Gregory Wilgosh, a teacher at Marlborough School in Bexley, south London said: “Panathlon provide numerous opportunities for which our children benefit throughout the year and I’m keen to put something back to this great charity.

“Our students were fortunate enough to compete in the Olympic Aquatics Centre earlier this month – another fantastic opportunity they have been given through Panathlon.” 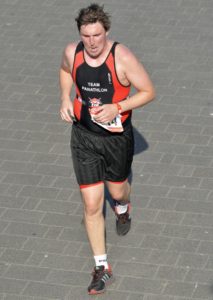 James, the husband of Panathlon patron Helen Turner and a qualifier for the World Championships in Chicago in September, finished in a rather quick two hours and 16 minutes. Well done James and thanks for all your support!

Thank you once again to everyone that competed for Team Panathlon over the weekend.