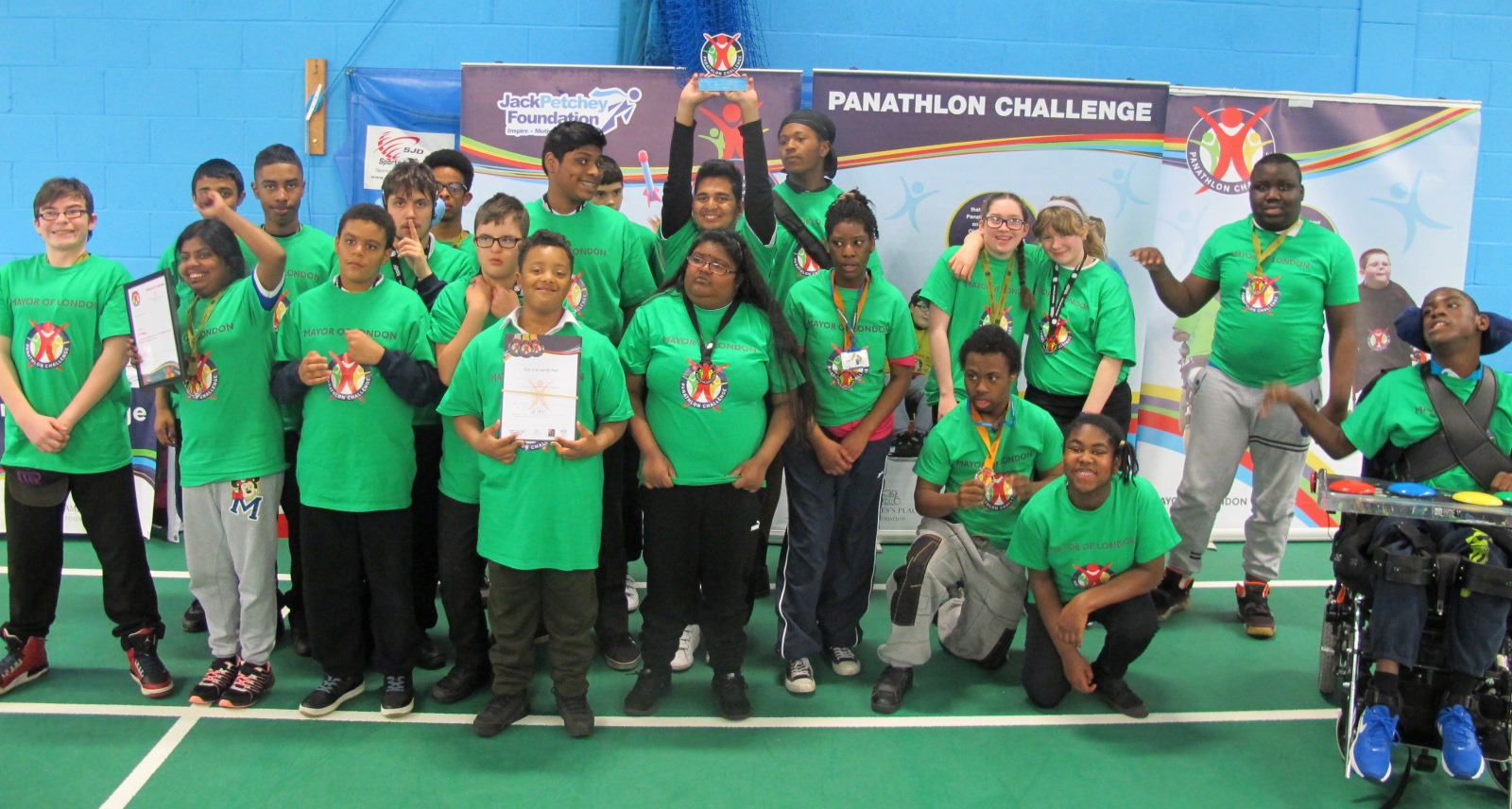 Merton reached their first ever Champions Final at the Copper Box Arena in June when they won by the narrowest of margins, the West London title today.

All the action was overseen by our Patron and 3 times Paralympian, Helen Turner (pictured right) who said, “It’s great to be back at Panathlon again and seeing the efforts of 150 competitors giving their all trying to reach the London Final.”

A galery of photos from the day if you click here. 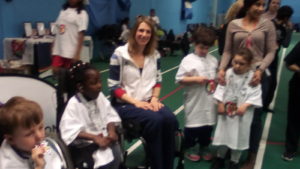 St Mary’s University students received a training in these sports last year and have been coaching in our schools to prepare the children for the competition as part of their course over the last few months.

Some of the students can be seen below (in pink) organising a medal ceremony. 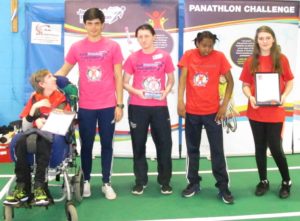 The Champions competition was very close with Merton & Hillingdon ending on a tie, requiring countback to separate Merton as the overall winners by the smallest posible margin. Merton won the competition courtesy of their victories in the Kurling, Polybat & Field Athletics. A full set of results can be seen here.

In the Plate competition, Wandsworth had a great day winning the competition by 6 points. Team organiser Nick Millar said, “Everything went for us today, it’s a great result for the team to be back at the finals again in the summer at the Olympic Park.”

Ealing came in second place with Richmond in 3rd and Kingston in 4th place. Full results.

Both Merton & Wandsworth qualify for the London Finals at The Copper Box in June, with Merton being their first time in the Champions London Final.