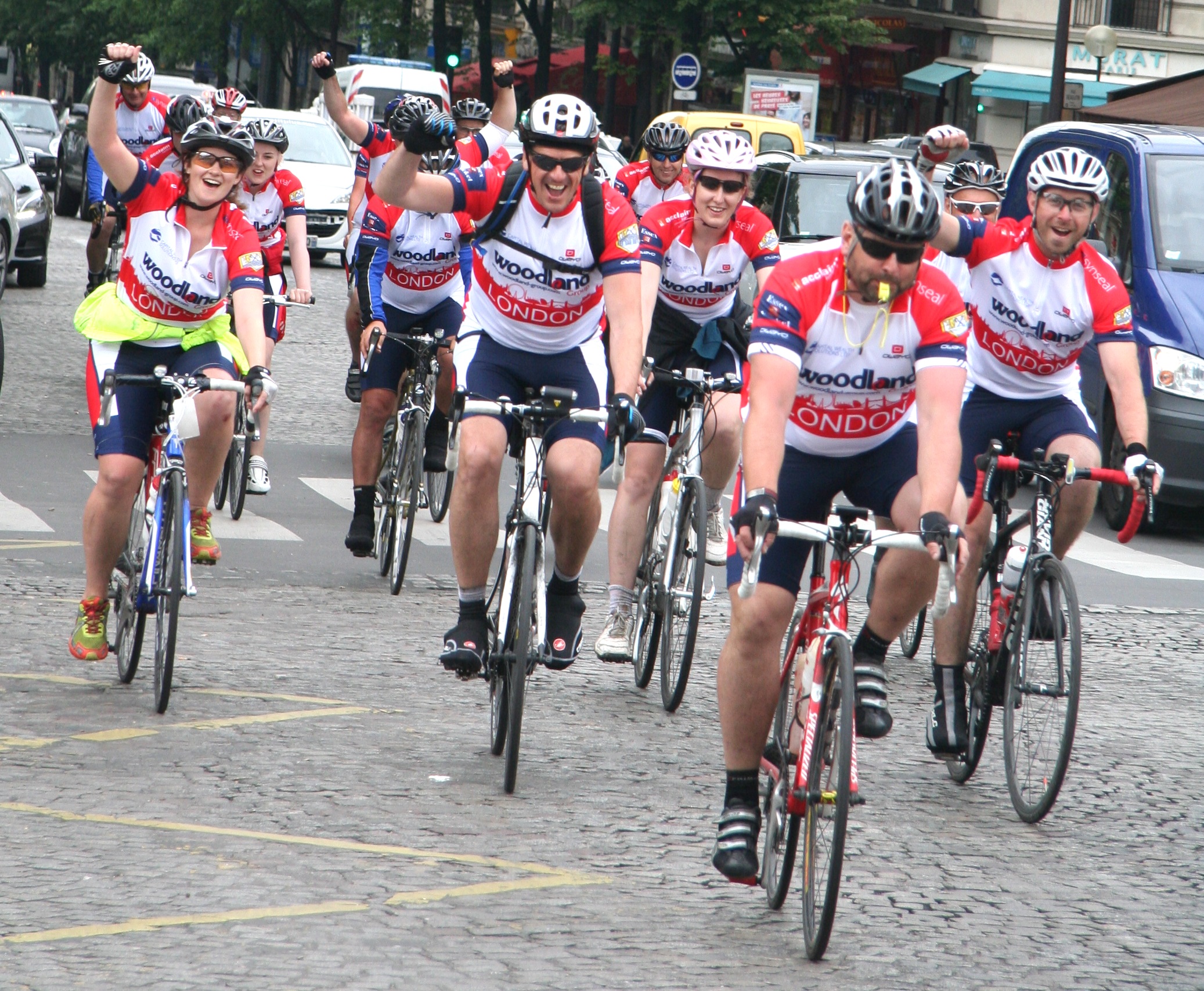 21 Cyclists have successfully cycled from London to Paris over 4 days (23rd May to 27 May) covering 276 miles, all in aid of 2 charities; Panathlon and Essex Air Ambulance.

Woodland Group based in Chelmsford have been a huge supporter of Panathlon over the last 3 years. They have planned, organised and delivered all the logistics ensuring a safe, enjoyable and highly successful trip to Paris.

Recently many of the L2P team came to see a Panathlon competition in Essex to see how their hard earned funds would benefit Panathlon. A short report can be seen here.

Most of the cyclists have never undertaken anything on this scale previously and there were a few nerves when the team assembled in Greenwich next to the Cutty Sark on Friday 23rd May at 8am. After a long day in the saddle all the team finally made it to Dover after a gruelling (and surprisingly hilly!) 80 miles. Up early next day for the ferry to Calais and the adventure started again with a tough 73 miles (including some more big hills) to Arras. Sunday 25th started warm and sunny and some flatter sections left the riders happier despite another 70 mile ride to Compiegne.

This left the final day with a 54 mile finale in to Paris, which disappointingly was in the wet. After a few fraught encounters with traffic and the puncture repair kit, and a few wrong turns, all the team finally were re-united at the Arc de Triomphe and savoured the moment of making it to Paris. Champagne was sprayed and the mission was complete. 21 Novice cyclists had fulfilled a personal journey and raised a lot of money for 2 worthy charities en route.

The combined efforts of the L2P 21 are now at a staggering £22,500 which will benefit both Panathlon and Essex Air Ambulance. If you feel able to support this adventure, please click on the image on the right which will take you to the main fundraising page.

Congratulations to each and every one of you, and a huge thanks for supporting our work. We will not waste a penny of your hard earned cash!