Panathlon has reached new heights in Gloucestershire over the past week, with 466 students from over 50 schools taking part in six Primary events.

For the first time schools from each of the county’s six districts have been involved as Chipping Campden, Cirencester, Cheltenham, Gloucester Central, Stroud and Forest of Dean have all staged competitions thanks to funding from St. James’s Place Foundation, Gloucestershire Disability Fund and Project Ability.

“It’s fantastic that we’ve had such fantastic numbers of competing students this week and it shows the demand for primary activity,” said Gloucestershire Project Ability Lead Dan Derrick, who also provided funding for the week of activity.

The winners from each of the six competitions – Hempsted Church of England, Barnwood, Widden, Blockley, Cirencester, Tibberton Community, Severnbanks, Gloucester Road, Woodmancote (pictured top left in yellow) and Chalford Hill – now progress through to the finals on June 17, which will decide the Gloucestershire Pan Disability Primary Panathlon Champions. 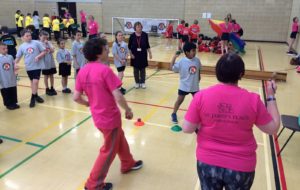 Julie Bassett, a teacher from Hempsted Church of England Primary School, said: “This is our favourite competition every year. We came two years ago for the first time and it’s just so perfectly pitched for our children that we are trying to involve as many students from our school as possible, so that they can all gain what we feel is invaluable experience.

“It gives our students the opportunity to compete in a fun and safe environment, and it’s so wonderful to see their confidence grow as the day goes on and watch them thrive. Well done for another brilliant event!”

On June 16 there will also be Primary Panathlon Finals including less able students from primary and special schools in the region. The qualifiers for this event are: Mickleton, Paternoster, The Milestone, Linden, Elmbridge, Solway, Oakwood, Leckhampton and Horsley.

Rachel Curtis, a teacher from Leckhampton Primary School, said: “Today has been such a brilliant opportunity for our students to compete outside of school and practise their boccia skills and table cricket that we have been learning over the last term.

“We have students with dyspraxia, cerebral palsy and Down’s syndrome in our team, and the fact that these guys have now qualified for the finals is brilliant, as today was the first time many of them have won a medal. We’re all really looking forward to the competition in June now!” 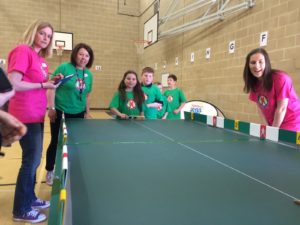 Prior to the competitions, Panathlon provided volunteers from St. James’s Place Foundation in Cirencester with in-house Panathlon training that gave them an insight into disability sports and, more specifically, how to lead and officiate Panathlon activities (pictured left and below right).

After the Primary Panathlon competition on April 20, Alex Davies, from St. James’s Place Foundation, who attended both the training and the competition said: “The training was really useful to get an understanding of how a competition day works and it put us all a bit more at ease with helping to run the event. This is all completely new to a lot of us and so it was also really interesting to see the different equipment that is used to make all of these sports so inclusive.”

A special thanks must also go to the numerous leaders from Gloucester University, Ribston Hall High School, Newent Community School, Chipping Campden School and Cirencester School, who helped run the events and officiate over the course of the week. Your help and interaction with the competing students over the week was admirable and your enthusiasm throughout prompted the comments below from the children:

Tilly Stevens, from Grangefield, said: “I loved today. It’s the best sports day I’ve ever had because I was winning at some things and normally I don’t.”

Callum, from Glenfall Community, said: “This has been the best day of my life. I really, really want to come again and I’ve also asked my teacher if we can play these games in school because they’re so much fun.”

Kai, from St John’s, said: “Today has been so awesome. I give it a billion out of a billion!”

Bethan Brookes, from Tirlebrook, said: “I can’t believe we have won a silver medal. It’s so cool because this is my first medal and I can’t wait to show my family.” 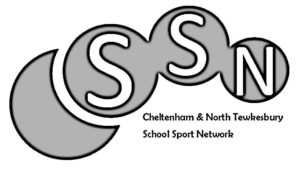