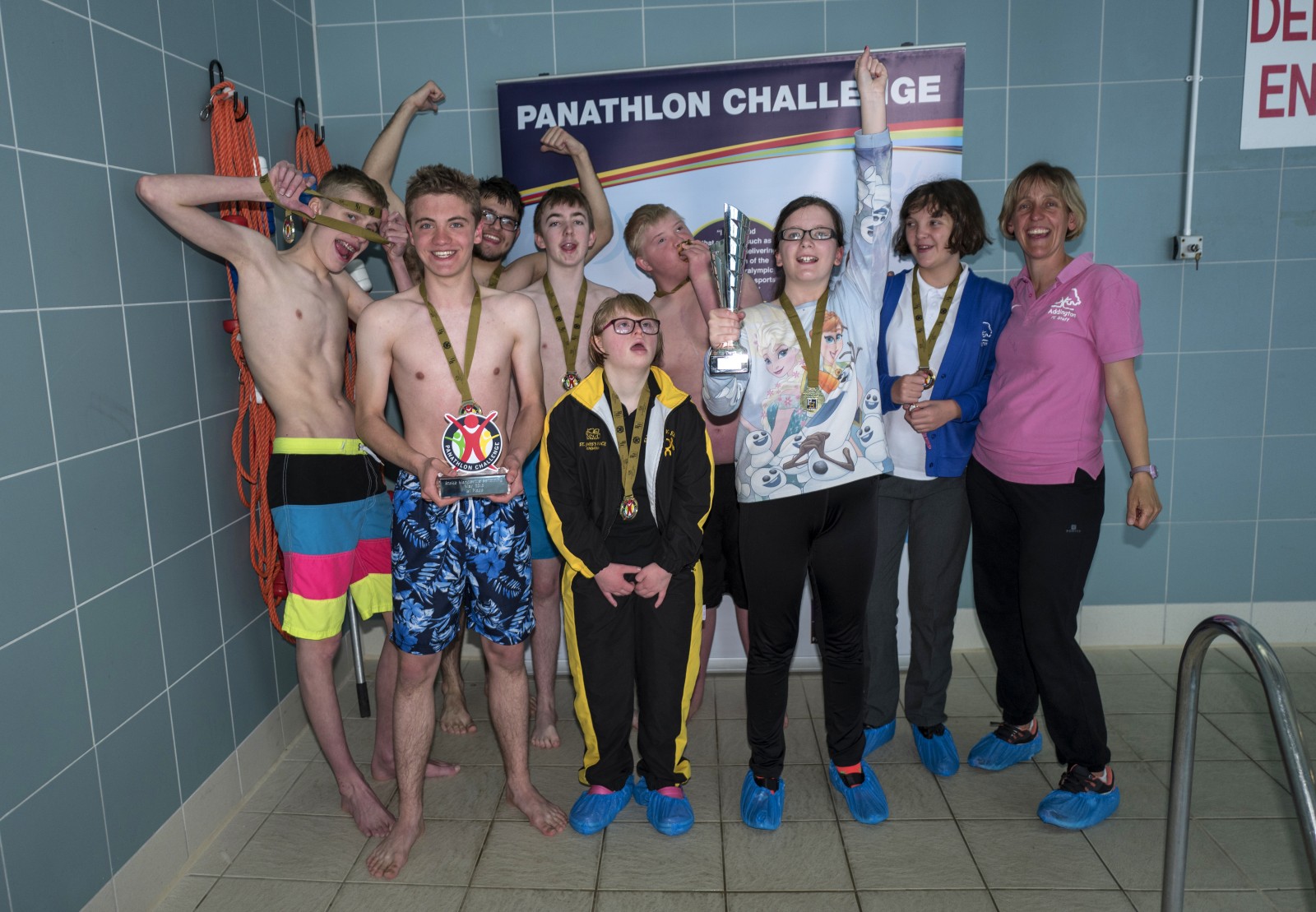 Their win means they booked a place at the Panathlon Swimming Finals, which will be staged at the London 2012 Olympics Aquatic Centre on July 5th.

They will be joined by Arbour Vale School, of Slough, who finished equal first with Addington on 29 points but lost on countback after 12 races, with Addington winning seven races to Arbour Vale’s six. Also competing were Brookfields, from Berkshire, Oxfordshire duo Kingfisher and Fitzwaryn, and The Chiltern School, from Bedfordshire. The undoubted highlight of the event, which encapsulated the friendly spirit of the day, came during the ball shuttle race. An errant pass saw Arbour Vale’s ball bounce over the rope into Addington’s lane and the pupil stopped mid-race to hand it back. The moment is captured in the picture below. 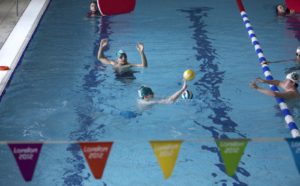 Melissa Pengrave, Addington’s Head of PE, said: “I’m so happy about the sportsmanship shown in that moment. That shows the ethos of the students in our school.

“It’s been amazing today. We’re really happy for all our students of all abilities and they have all absolutely loved it.

“It’s all about participation, fun, getting them in a social setting and it’s just a great bonus that we can now go to the Olympic pool. I must say thank you to Howard, James and all the helpers for making it such a wonderful day.”

Addington pupil Connor Lashbrook, 14, said: “The raft race was my favourite. It was phenomenal. It’s a bit unexpected to have got to London, but on the day I’ll be raring to go!”

Arbour Vale’s Assistant Head of PE, Kevin Hughes, said: “It’s the first time we’ve taken part in a Panathlon swimming event and it was a fantastic day. We don’t actually do swimming within the curriculum, so for these guys to get an opportunity to do this is just brilliant.

“Socially, mixing with other schools is great, but it’s also about that competitive edge of them having a go against other students of similar abilities. Just the opportunity to come and use a 25m pool at somewhere like Stoke Mandeville Stadium is absolutely brilliant for them.

“We’re very supportive of Panathlon. Whatever they do, we want to take part. It gives more of our students opportunities that they don’t normally get.”

The Chiltern School, from Dunstable, finished second in the Oxfordshire/Bedfordshire heat and their Teaching Assistant, Heather Hibbert, said: “Panathlon really gives them a sense of achievement and that feeling within themselves that they are good enough to compete with others. It also instils a sense of independence in the water for those youngsters who don’t swim regularly.”

Chiltern pupil John Fitzgerald added: “I thought my swimming was good. The best bit was the raft race at the end, where we got to work in a team. It was fantastic and I’m so pleased with my medal.”

Kelley Stone, swimming instructor at Brookfields, for whom this was their Panathlon debut, reflected: “This has been great for them to experience competition. We do a little bit within the school, but competing against other schools adds an element that’s new to them. The team events were particularly good, as it teaches them that they have to rely on each other in order to achieve results.”

Brookfields pupil Gemma Duckett, 14, said: “The front crawl was my favourite race. I’m going to put my medal in my special folder.”

The day’s leaders were provided by Sir Herbert Leon Academy in nearby Milton Keynes. Their Head of PE, Phil Harman, outlined the benefits to his pupils, who are now Panathlon veterans.

“We’ve got one pupil who went to university last year who’s aiming to work with special needs pupils because of her experience with Panathlon,” he said. “It’s just opened pupils’ eyes to different career paths and how rewarding working with disabled children can be. They gain experience and an internal drive to do something they’re passionate about.”

On Panathlon’s expansion into new schools and areas, Chief Operating Officer Tony Waymouth commented: “Getting new counties involved shows the importance that is placed on trying a water experience with Panathlon. The attraction for these children of getting to the Olympic pool is a bonus. The Swim Panathlon succeeds due to its ability to attract all comers and its diversity within the event programme. ”

A collection of photos if you click the first image 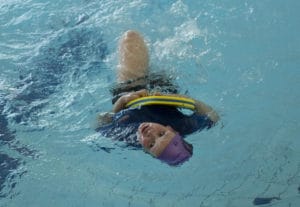 Thanks to Invesco Cares for funding the overall event alongside other sponsors for the day – The Disability Development Trust, the Stanton Ballard Trust and the Berkshire Masonic Charity.

Additionally a group of the country’s best sports photographers raised funds by a charity bike ride last October, and this is another event that the money they raised has contributed to. Thanks guys! 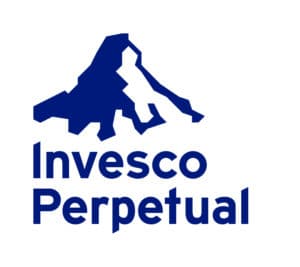