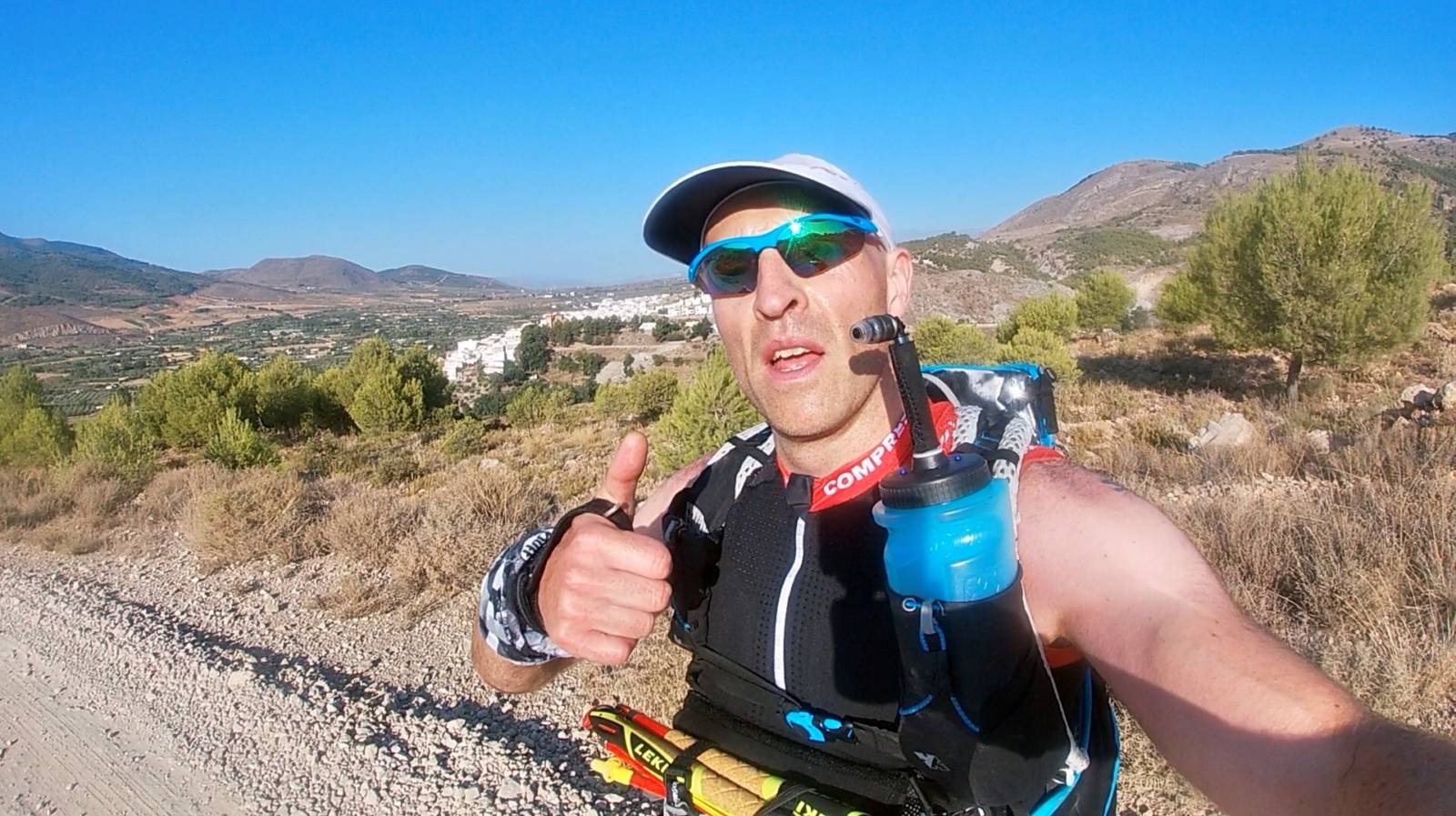 Six marathons in five days through the Atacama Desert is the brutal test awaiting 40-year-old Andy Haven – and the self-confessed endurance addict is doing it for Panathlon.

On Wednesday September 25, Andy will fly out to Chile to run self-supported across 250km of arid terrain and high altitudes, facing soaring heat by day and temperatures close to zero at night.

Panathlon and the Royal Marsden Hospital are his chosen beneficiaries. “I’ve been really lucky to be involved in sport all my life, now sport is helping my children in so many ways too. I simply love what Panathlon do,” he reflects.

Day one of the Atacama Crossing will begin with a marathon starting at very high altitude (3,200m) before a second marathon on day two through wet slot canyons and rivers. Day three sees another 26.1 miles through a restricted area featuring the world’s largest telescope, before a fourth marathon through ‘infamous’ salt flats on day four. “The terrain cuts your trainers to pieces, it’s mentally tough, monotonous and completely exposed,” says Andy.

Day five, labelled ‘The Long March’, is possibly the toughest section. Runners are given 24 hours to complete two marathons. Some 60km along the route is an aid station where they’ll find a fire, some water and a tent for some sleep, but most choose to plough to the end of the stage, finishing at around midnight.

With six marathons completed, day six sees a celebratory final 10km, where runners can be joined by friends and family for the short run back into the host town of San Pedro on Saturday lunchtime. “I won’t have anyone with me though – my wife will be back in London ferrying our boys around to sports clubs!” laughs Andy. 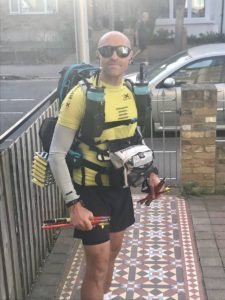 This act of extreme endurance is the latest in a series of self-set challenges which began with a ‘lightbulb moment’ back in 2012, when Andy, who works in finance, and brother-in-law Tony Kernon decided to start training for the Windsor triathlon.

Having ticked that off, a half Ironman followed in 2014, after which Andy thought, ‘Why stop at a half, when I can do a whole one?’ He did just that in his native Wales the following year. “The achievement of simply going that far was incredible. It made me believe in myself,” said Andy. “I got the Ironman blues after I did it, with all the training and the event over. I needed my next challenge.”

He entered the ballot for the Mont Blanc Marathon and got a place. It took him 7hrs 50mins and was, he says, “absolutetly brutal”. He adds: “It was phenomenal, just a stunning place to be.” In 2017, he completed the Ironman Copenhagen event and the next year did a “frankly ridiculous” 100km run.

Turning 40 this year, he flirted with the famous Marathon Des Sables before alighting on the less well-known, but nonetheless utterly savage, Atacama Crossing.

He has been training since October, including sauna sessions which have a dramatic effect on the body’s blood plasma volume. “It’s like shocking your body,” says Andy. “It helps it deal with large heat stress, which will certainly hit me during the days in the desert. The cold nights will be a whole different story!

“I really enjoy the journey of applying yourself with dedication to the training, figuring out the mental components that you need to keep on going and put one foot in front of another. That’s one of the most natural things we human beings do – just keep moving forward. It’s what we’re made for.

“When it’s dark and you’re hurting and your body is telling you to stop, your head has to think, ‘there’s a lot of people in a lot worse places than this; you’ve chosen to do this, so get on with it and stop whinging!’”

Andy has supported Panathlon ever since running the Royal Parks Half marathon for us several years ago. “I just had to do this challenge for Panathlon, as well as the Royal Marsden Hospital who saved my old man’s life when he had cancer,” he reflects.

“I love the impact of Panathlon’s mini Paralympics events. They enable so many kids with disabilities and special needs get the benefits of sport that me and my children have enjoyed so much throughout our lives – helping you deal with success and failure, boosting social skills and working on your own and in a team. It has so much crossover with life. I love it.”

To support Andy on his Atacama Crossing endeavour, click here.