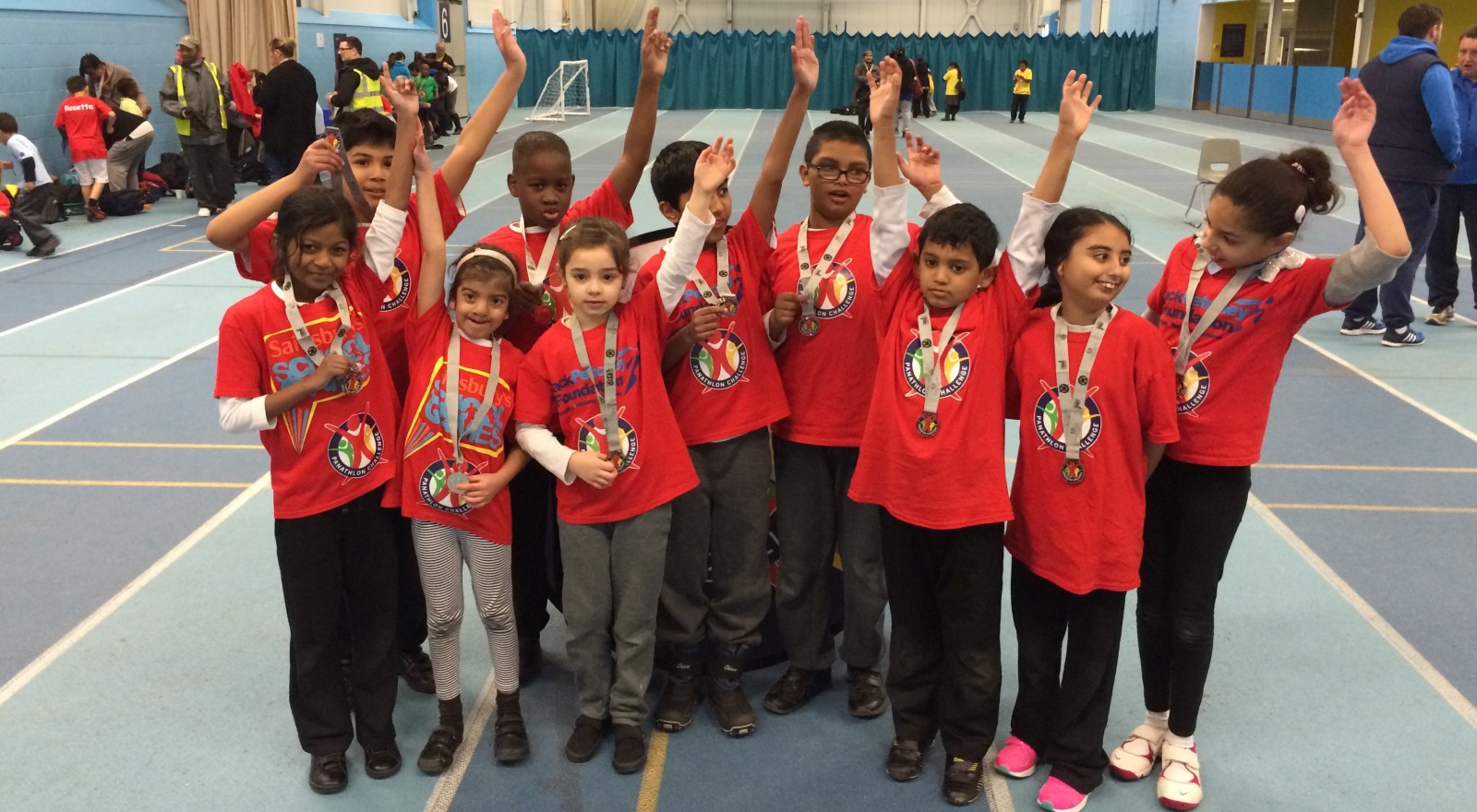 Yesterday we held our first Primary Multi-Sport Regional Competition of the year, which took place at the Terrance McMillan Stadium in Newham.

Funded by the Mayor of London, the competition included a total of 69 students from 9 local schools in the East of London, many of whom had not participated in a Panathlon event before. Teams rotated around 9 different activities including Kurling, Boccia and Flight Path before coming together for the medal ceremony at the end of the day.

In the early stages of the competition, it was Grange School and Portway who made fantastic starts. Rosetta School looked very good on Flight Path but it was the experienced team of Selwyn School who began to pull away in the lead.

After the break, Harley School put in some solid performances, but when the results were counted it was Scott Wilkie School (the green team) who came out on top after incredibly consistent performances across every activity, with Selwyn in second and Harley pinching the bronze medal.

Steve Peaty of Cumberland School in Newham said, “These days are fantastic for both the leaders and primary students. Many of the leaders haven’t had experience of this type of event before and so it’s a great learning opportunity for them. For the primary students, you can see how much fun they are having socialising and competing…..and of course they’re all delighted to go home with medals.”