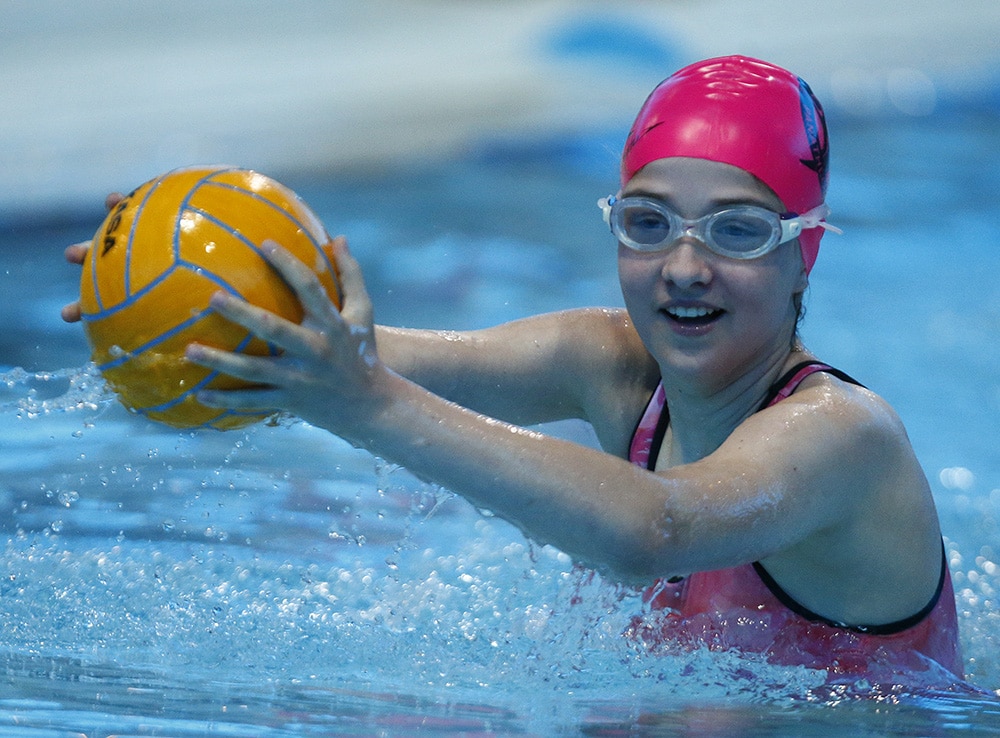 Pupils from the school in Newbury, Berkshire won gold medals at Panathlon’s Deaf Primary Gala on Wednesday (April 27) at the prestigious Olympic and Paralympic venue, competing in an eight-team event which included many schools who had travelled considerable distances to take part.

Staff, parents and pupils were ecstatic not only to watch the Great Britain diving team practising before the event began, but to experience competing alongside other deaf children, helping to alleviate the sense of alienation many have felt throughout the pandemic.

<< Click here for a full gallery of images from the event >>

“Having the opportunity to go on trips again, to come to a very special place like this and compete against others who are just like them is fantastic for our children, especially after the last two years,” said Rachel Solly, Assistant Head Teacher at Mary Hare School (pictured left).

“It has taken us just over two hours to get here, but it is absolutely worth it. We would travel as long as it takes to go to Panathlon’s events.

“Our children have been encouraging each other and the other teams. It has been a great opportunity for them to meet deaf children from other schools which they don’t get to do very often. It’s really, really, important. This will be a day they will remember for years to come.”

Nicola van der Zwaluw, Teacher of the Deaf at Mary Hare, added: “These opportunities reinforce how important sport is for these children. It gives them social interaction, improves social skills, language development, wellbeing and mental health and makes them feel positive about themselves.

“We don’t want sport just to be part of the curriculum, we want it to be part of their lifestyle. I don’t think people realise the sense of loneliness that deaf children often experience, especially over the last two years. That’s why these opportunities are worth their weight in gold.

“We don’t see our children as ‘deaf children’, we see them as amazing children who can achieve anything. This experience is absolutely critical to their personal development because it allows them to realise they can do anything as long as they try their hardest.”

Somewhat less profoundly, when asked where he would display his gold medal when he got home, 11-year-old Mary Hare pupil Romeo said he was going to “put it in my pants drawer!”

Second-placed Elmfield School travelled from Bristol, with some pupils having to drive an hour just to get to the school, where the minibus was waiting to set off at 6am.

“There was absolutely no question of us missing this!” said Associate Head Teacher Claire Spencer. “One of our children was so excited this morning when we told him he‘d be able to communicate with everyone here because they are all deaf. It’s so important the deaf community get opportunities to meet. It is special for them.”

That sentiment was echoed by Joanna Grimstead, who looked on from the seats above the pool as her seven-year-old son George represented Hacton Primary School from Hornchurch in East London, who finished fourth.

“He was extremely excited to know that there were going to be other people like him here,” she said. “We are a hearing family and for him to be different is sometimes tough, but today shows him he’s not on his own.

“He is absolutely over the moon. He will be straight on Facetime to his grandad telling him about competing at the Olympic Park and all the people he met.”

George himself said: “I was the fastest in one of the races. When I finished I looked around and everyone else was behind me! It gives me confidence that I can be a swimmer!”

George’s teacher, Helen Norford, revealed that some pupils were overawed and hadn’t wanted to swim when they first entered the vast venue.

Helen said: “They overcame their fears and went in the pool to take part. They have come out and felt really proud of themselves. It has really boosted their self-esteem.

“A lot of our children do not have the opportunity to swim with their families and certainly not with other deaf children. Our Year 5 and 6 pupils have missed out on lessons because of Covid. This gives them the opportunities they should have had over the last two years. It means a lot more because of that horrible experience.

“When we’re back at school it gives them something to talk about that the mainstream children haven’t done. It prompts a discussion and interest. The fact that it is just deaf children here means so much more to them than a gala with a mixture of abilities. They can see that everyone is just like them. They see the Young Leaders signing and realise people do want to communicate with them.”

Like many other schools at the gala, Blanche Neville School for Deaf Children in North London have competed in Panathlon ten-pin bowling, cricket and swimming events previously.

Teacher Sarah Mackey said her pupils had enjoyed putting skills learned in swimming lessons into practice. “It has been great for them to train for a specific challenge,” she said. “This gives them a platform to compete in a secure environment where they feel everyone else is just like them.”

The sight of Year 3 pupil Joseph from Five Elms Primary School in Dagenham daring to go in the water for the first time was heart-warming for staff.

Up until that point, he had never been in a pool before, but with the support of one of the magnificent Young Leaders from Great Baddow School, he enjoyed a splash around and discovered some water confidence. “He’s done it now, so what will he achieve when we come back next year?” said his teacher Lauren Taylor.

Panathlon Chief Operating Officer, Tony Waymouth, commented: “This event builds on our Discovery Gala for deaf schools in February for pupils who could not yet swim 25 metres or whose skills had lapsed over the Covid-19 lockdowns.

“It was great to see schools such as Blanche Neville compete in both galas, showing a pathway of swimming progression.

“It was also great to have Panathlon employee James Dixon – an England deaf cricket international (pictured left) – on our event staff today, who is a role model for young deaf and hearing-impaired competitors. Our deaf events are a wonderful platform for the young deaf community to interact and expand their horizons.”