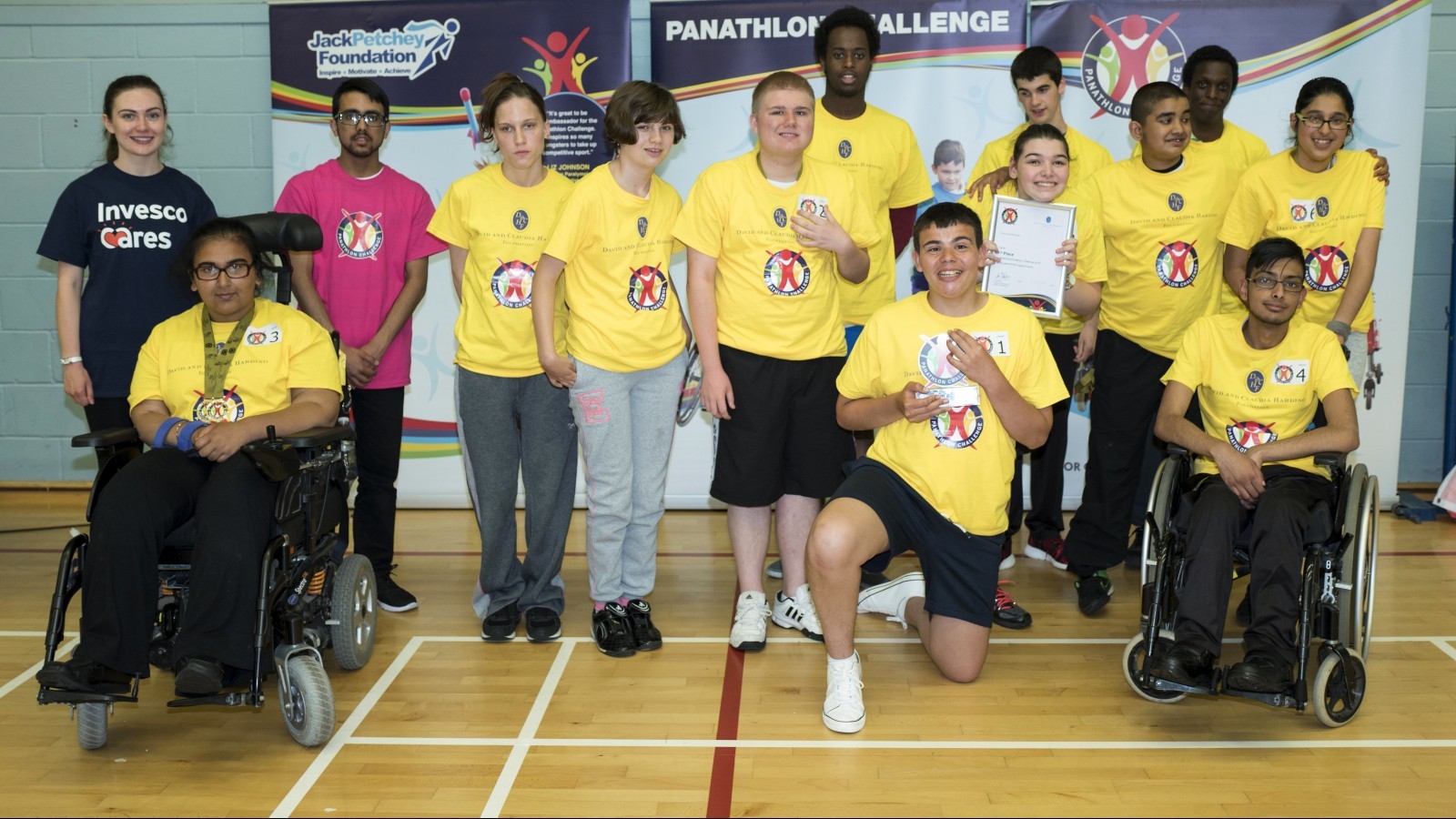 Arbour Vale School were the resounding winners of the Berkshire Panathlon Challenge, held at Woodford Park Leisure Centre in Reading on Tuesday.

The Slough school saw off rivals from Addington in Reading and Maidenhead’s Manor Green, plus a fourth team combining students from Addington (one of whom is pictured left) and Reading’s Lambs Lane Primary, who were making their Panathlon debut.

Arbour Vale’s triumph was their third Berkshire Multisport title and allows them to defend their 2015 South-East regional title later in the year. They have also qualified for the National Swimming Finals at the Queen Elizabeth Olympic Park next month.

With victories in boccia, table cricket and polybat, Arbour Vale established a big early advantage which they never relinquished thanks to a clean sweep in the field events (outright victories in powerchair slalom, precision bean bag, seated shot putt and javelin, plus a joint win with Addington in standing long jump). A final win in the flat athletics races sealed a dream day. A full breakdown of results can be seen here.

Their standout moments were a particularly close and raucous 88-85 victory over Manor Green in table cricket, and the golden arm of Ali Yusuf, who threw over 16 metres in the javelin.

“Sadly, Ali leaves us this year, so we’re going to have to find ourselves a new up-and-coming javelin star!” said Kevin Hughes, Arbour Vale’s Assistant Head of PE. 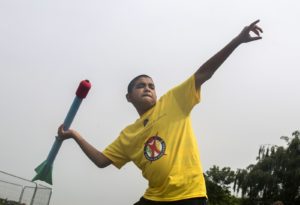 “Today’s been absolutely unbelievable. The students have been phenomenal. It’s lovely to win and come away with a gold medal, but for these guys it’s about taking part, playing new sports against students with similar abilities and mixing.

“Win, lose or draw, we always go and shake the other teams’ hands after each game. Their sportsmanship is there throughout. It’s been an absolutely brilliant day.”

Student Philip Watts, 18, added: “My favourite part of the day was polybat, because we won! I’m going to put my trophy in my cabinet at home. The best bit was being part of a team.”

Manor Green School may have finished second on the leaderboard, but were clear winners in terms of volume, with cheers regularly erupting around the hall.

Student Soroush Bagheri, 14, said: “I feel proud of representing our school. It means a lot for us to come here and compete. We had a lot of energy and excitement.”

Jade O’Neill, high level teaching assistant at the Maidenhead school, added: “It has been so inspiring to see our children compete here today. It’s been absolutely fantastic and really boosts their confidence, brings them out of themselves and gets them mixing with other schools.”

Craig Rolfe, 10, of Lambs Lane Primary, is becoming something of a media star, having featured on Sky Sports’ Games Changers programme recently, when Prince Harry visited their school for an Invictus Games Special.

After winning bronze in the boccia, he said: “Boccia was definitely my favourite bit. My first throw went right next to the jack! I’m going to put my medals on my medal hanger.”

Katie Arnott, Head of Lambs Lane’s Resource Unit, said: “The day has been amazing. It’s been great to see the children experiencing and enjoying new sports, and taking part on an even playing field. This is our first full multisport Panathlon, having been introduced earlier this year to Panathlon through boccia, and without a shadow of a doubt we will be back.

“It gives them confidence, self-worth and the belief in themselves that they can achieve. They’re competing with children who are in similar situations and they understand that it’s not just them. They just leave here feeling ‘I can do it!’”

DiMarco Maycock, five, pronounced himself “pleased” with medals in boccia and precision beanbag while 10-year-old Lilly Bartlett, who is blind, vowed to put her medals in her music room at home.

Danny Blatchford, PE teacher at third-placed Addington, said: “We’re a bit disappointed with third as we’ve been second in the last couple of years, but today wasn’t really about that. It’s more about the kids having fun, taking part, meeting pupils from other schools and having an absolutely brilliant time. It’s a great experience for everyone.”

Half of the day’s game leaders were provided by Pield Heath House SEN School in Uxbridge, whose students will compete in next week’s National Finals at the Copper Box in the Olympic Park.

Chris Moore, an instructor at the school, highlighted how being a Panathlon leader has helped two students in particular, David Niewdiadomski and Dan Read.

He said: “We’ve done a couple of our own competitions and invited other schools in, but David and Dan were too shy. They couldn’t deal with it and had to leave the hall. For them to come today and lead something like this is huge for them. It’s a massive confidence booster.” 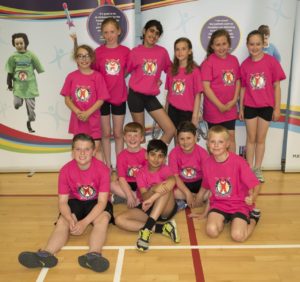 The day’s younger leaders came from nearby Beechwood Primary School (pictured left) Teaching assistant Sophie Rowse commented: “We compete against able-bodied children all the time. It’s lovely to see them helping and interacting with people who are less able than them. This is the sort of experience they simply don’t get in mainstream schools. They’re only in Year 5, so it’s quite a lot of responsibility for them, but they’ve dealt with it really well.”

Ten-year-old Keira Hickey, one of Beechwood’s leaders on the day, reflected: “Today I learned that any person – big, small, blind or disabled – can do anything. Everybody was fabulous.”

Tony Waymouth, Panathlon’s Chief Operating Officer, commented: “It’s great to see the county of Berkshire again battling it out with strong traditional rivals and nice to see Lambs Lane come on board over a variety of events this year. The standard across the county continues to rise year on year.”

A gallery of pictures can be seen here if you click on the image below. 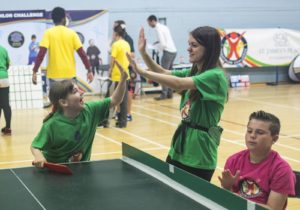 Thanks to the David & Claudia Harding Foundation and Invesco Perpetual.