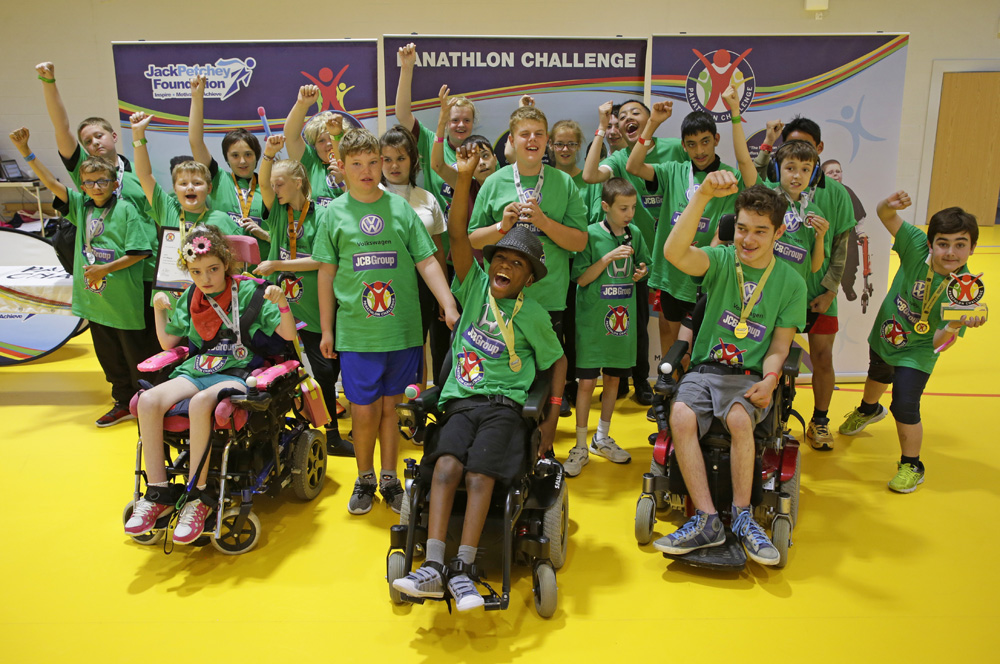 79 Competitors from 7 schools competed for the title of Kent Champions 2017 today at the Polo Farm in Canterbury, as part of the wider Kent School Games programme.

Two new teams who have never reached the Final before, Gravesham (made up from Ifield & Helen Allison schools) and Thanet (St. Antony’s and Foreland) were competing against previous winners Ashford (Wyvern and John Wallis) and Sheppey & Sittingbourne (Meadowfield)

These teams had previously qualified from the earlier rounds of Panathlon, where 213 competitors from 15 schools took part in attempting to reach these finals.

Gravesham then followed up with a win in Kurling, whilst Ashford stretched their lead with a win in Polybat. Sheppey & Sittingbourne finally got a gold with an overall win in field athletics, with Thanet in second place.

This meant an incredibly close score leading in to the final athletics races, with Ashford in the lead with 38 points and all the 3 remaining teams on 34 points!

However the athletics races then sorted out the scores more dramatically, with a clear gap appearing between the teams. 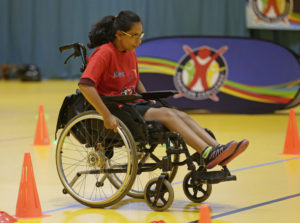 Ashford won the Athletics races overall and meant that they moved further afield from the challengers by a clear 6 points, again from last years runners up Sheppey & Sittingbourne in second.

Third overall were the team from Thanet in their first ever Kent Final, as were Gravesham in fourth, who in this remarkably close final where only 10 points separated the four teams.

Elloise Wiggins from Wyvern school, part of the successful Ashford team said, “It is fantastic to win today, having only qualified as the best runner up in the first round. We have brought a very young team this year,  involving many year 7 pupils and this is only their second trip out of school this year. We weren’t expecting to win, but our partnership with John Wallis school has been a wonderful success.”

She went on to say, “I try and make sure that every student in their time at Wyvern takes part at Panathlon, as it’s the only competition they take part in where they win medals.”

A full breakdown of the results can be seen here.

Richard Skirving from the Ifield school that was part of the Gravesham team said, “Our pupils love the Panathlon competition and feel a real sense of achievement no matter where they come. They love competing and have learned what it means to be a good sport.

When they won the first round regional competition, it gave them a massive boost of confidence. They always talk about Panathlon for weeks before they take part. Our team have done very well today and the staff are very proud.”

The leaders came from the Malling School who buddied up with SEN Young Leaders from Ridgeview School.

Benjamin Mills, the teacher who brought Young Leaders from the Malling School said, “TMS have been involved in both hosting Panathlon events and also providing leaders at the Kent Finals for several years.  The leaders say how much they enjoy the events and how they have helped to develop their leadership skills. We have seen how this develops them as individuals and this great experience helps them whether they are moving into further education, or employment.”

One of the Malling Schools young leaders, Nick Golding said, “I feel like I have gained new confidence and leadership skills today. I have learned to communicate with disabled children better today. It’s been a great experience.”

Peter Croft from the school said, “Each of the leaders have been focussed on their activities and have shown compassion and empathy towards the competitors, and have followed the instructions given to them. They are all proud to be involved in Panathlon.” 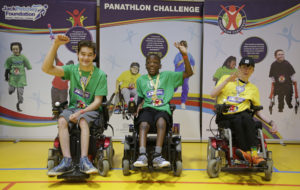 The JCB Group in Kent have supported Panathlon in 2017 with financial support and also have helped to provide 3 VW Caddy Vans that help Panathlon deliver 300 events all over the country.

Images in the gallery will appear here later.