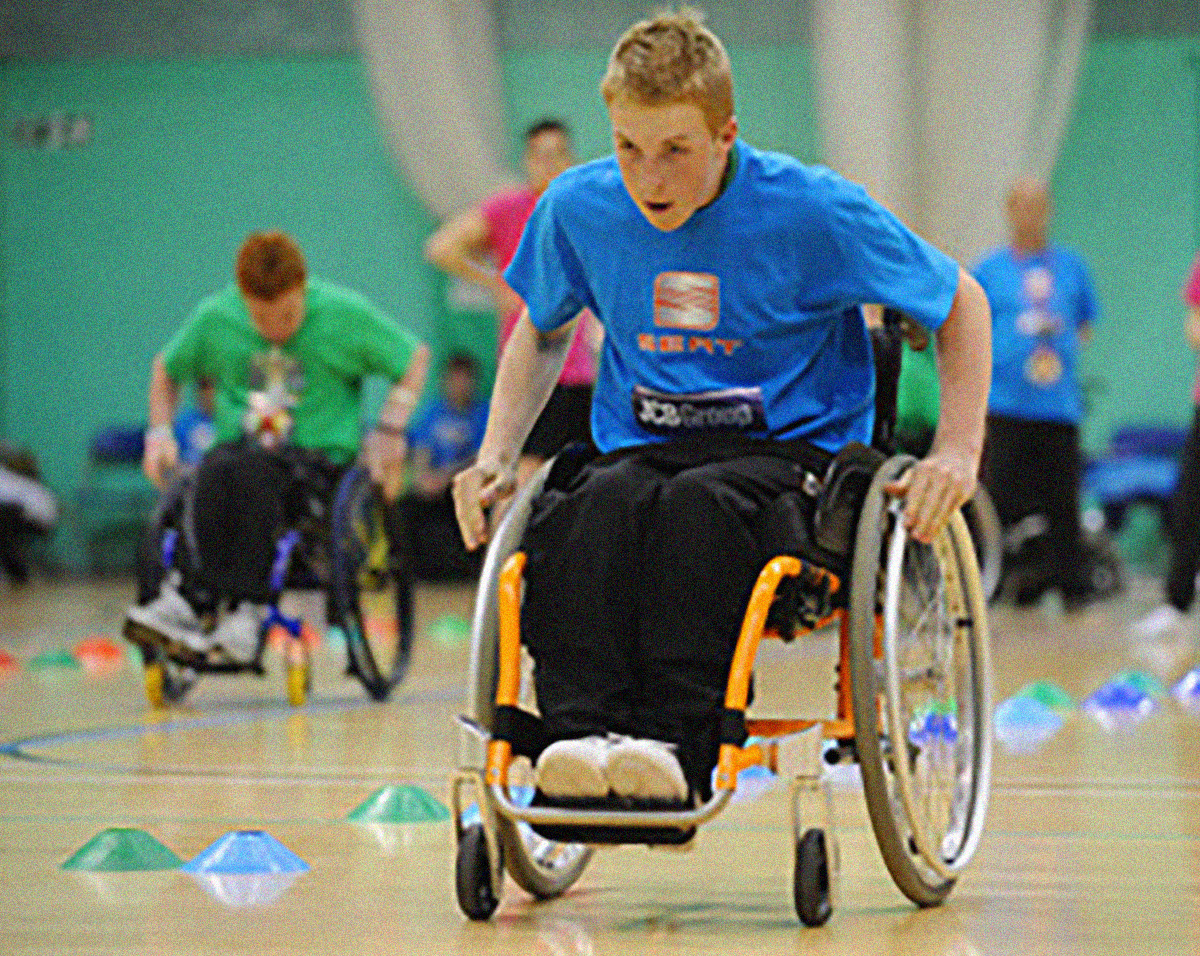 Team Ashford came from behind to win the Panathlon Kent Champions title in dramatic fashion. Trailing by two points going into the day’s last event – the athletics relay races – they overhauled the team from Malling & Sevenoaks to win by the narrowest of margins at Medway Sports Park.

A fantastic day’s sport took place with seven schools making up the four area teams who had all qualified in earlier rounds to get to the finals day, which was part of the wider Kent School Games programme. Cheered on by Sean King, who represented Team GB at the Olympics in London, all the athletes competed with enthusiasm and great spirit.

The team from Malling & Sevenoaks won table cricket, kurling and polybat and went into an early lead. Ashford won boccia but second places in four other sports meant that their consistency was enough to out-point Malling to retain their Kent title. Herne Bay (pictured above) also had a strong end, winning both the athletics field events and relay races to be only four points behind Ashford themselves.

A full breakdown of results can be seen on our results pages.

Thanks must go to the funders of our charity in Kent this year, who include JCB Car Dealership, Charles Harris Academy and Kent Sport / Kent School Games.