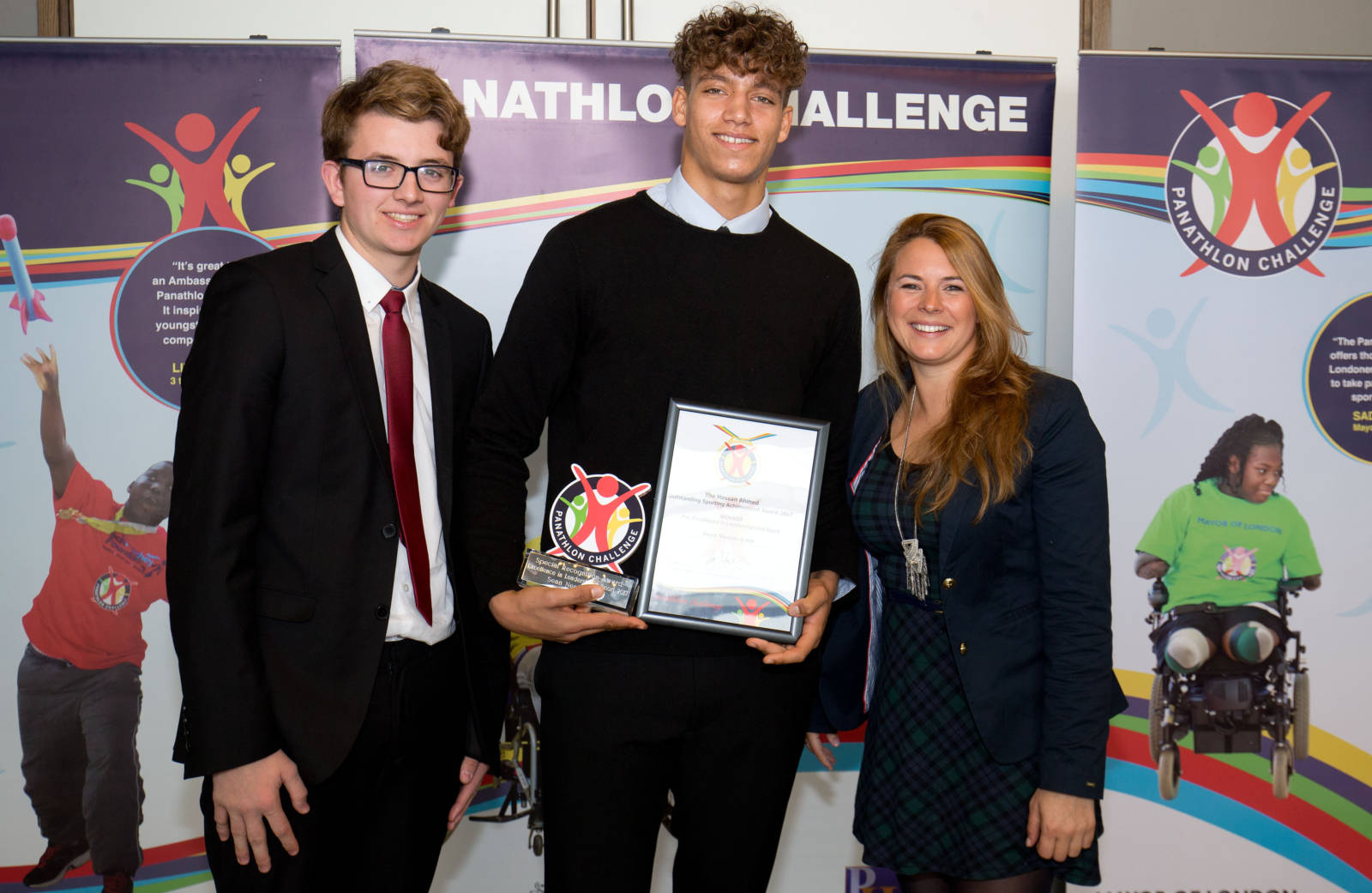 Sean Nealon-Lino, winner of our Jack Petchey Foundation ‘Excellence in Sport and Leadership’ award last year, is celebrating his selection for the prestigious Michael Johnson Young Leaders programme in the USA.

The 18-year-old currently plays basketball for Barking Abbey academy and Kent Crusaders in the national championship-winning Division One and EABL squads, and has been included in the Scotland squad for the Commonwealth Games on the Gold Coast, Australia, in April.

As well as playing basketball, Sean’s other passion is helping others achieve in sport. He is currently studying for a Level 3 Award in Higher Sport Leadership and has excelled in practical roles working with children with disabilities and special needs at Panathlon competitions.

It was Panathlon Chief Operating Officer Tony Waymouth who nominated Sean for a place at the Michael Johnson Young Leaders academy, run by the four-time Olympic gold medal-winning athlete.

Nominations were received from applicants from disadvantaged backgrounds across 27 countries and the young Scot was one of only a handful selected.

He will now travel to Dallas, Texas, in June to attend a cutting-edge, seven-day course focusing on sport, education and community leadership. He will also benefit from a 12-month support package to help him achieve his goals in all three of those areas.

One of those goals, in Sean’s case, is to launch a programme to develop the employability skills and confidence of deprived young people not in education, employment or training (NEETs), using the power of sport.

The young people will be trained as Young Leaders to support primary-age pupils in their bid to find and practise a sport they love, by helping to plan and deliver sports festivals within the community of Barking and Dagenham.

Sean was born in Portugal, but he moved to Scotland when he was eight. He then headed south to East London aged 16 in order to further his basketball ambitions. He is from a single-parent family and currently lives in a house with 10 other basketball players from Barking Abbey’s academy.

Back in November at our annual Jack Petchey Foundation awards for our most outstanding achievers in London and Essex, the panel were so impressed with Sean’s talents and achievements that they created the Excellence in Sport and Leadership award specially for him. He is pictured above at the event alongside previous award winner Jack Gair and our Ambassador, former Paralympic gold medallist Liz Johnson.

On his work supporting disabled and SEN children at Panathlon events, he said: “I found it a truly eye-opening experience. When I first introduced myself, the children were a bit shy, but once I asked them questions, they opened up and it was lovely.

“I’ve never worked with people with physical disabilities or learning difficulties before. It was really interesting to learn how to effectively interact with them. I did five or six Panathlons, officiating, explaining and encouraging them. It was so enjoyable.”

Sean has also been a Sports Leader at Primary Sportshall Athletics and Secondary Disability Aquatics Festivals. As a result, Barking Abbey selected him as a Young Ambassador for Sport for being a natural role model to his peers.

He has represented Scotland in basketball at all age-group levels and is ranked seventh in the Deng Top 50 players in the UK. His next sporting target is to win a scholarship to a top American university.