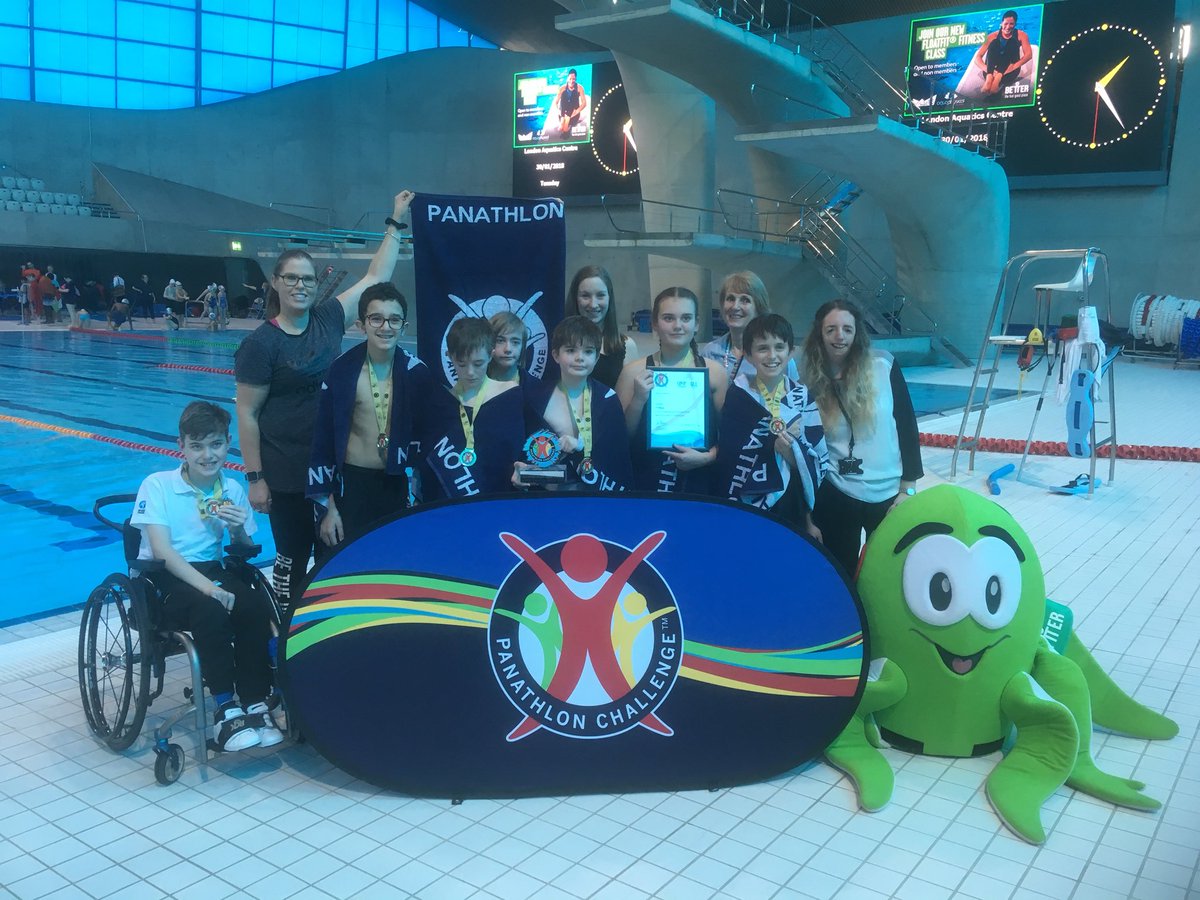 Great Baddow School from Chelmsford, pictured above, were crowned National Deaf Panathlon swimming champions in the Aquatics Centre at the Queen Elizabeth Olympic Park in London on Tuesday.

The event was split into three heats with teams coming from as far as Derby and Birmingham, with Great Baddow seeing off the National Primary age champions, Heathlands from St Albans, in a close contest.

Alicia Subnik, a teacher from Great Baddow School, said: “Thanks for a fantastic day at a fabulous venue. It was great to bring our year 7s to their first Panathlon event. They felt a sense of apprehension in the morning as our year 9s won last year but they now too are champions!”

Mrs Pierce, also from the school, said: “It was lovely to see the children working together to make it such a fantastic day and it was so nice to see so many deaf chidren from around the country here.”

Ava and Kaylum, both members of the team, said: “We tried our hardest and won, This is the best!”

Ryan Sutton of Braidwood School in Birmingham reflected: “It was an opportunity to excel in an environment foreign to them. It gives them confidence and pleasure. I thought it was brilliant that parents were able to come and watch.”

Runner-up Heathlands’ lead teacher, Sean Priestley, said: “Many thanks for organising this event. The pupils really enjoyed the day and the timings were spot on for us. It was great to have seen so many deaf children in this iconic venue.”

Knightsfield School for the Deaf, from Welwyn Gardein City, finished in bronze medal position. Their head teacher Suzanne Thrower commented: “The team were very excited following their selection from trials in December and were completely overawed by the venue and the anticipation of the competition.

“The organisation was exemplary and soon the team got into their own Knightsfield spirit of teamwork and encouragement of their own swimmers and those in other teams too.

“We were even more excited to find out that we had come third. The students have not stopped talking about the day and we, as a school, are very proud of them.”

Jack, the 2015 Panathlon Outstanding Young Leader of the year, continued his involvement with Panathlon and was excited by the event. “It was great to see so many schools involved and to have the opportunity again to be part of Panathlon’s work and great to see old faces from my school days.” 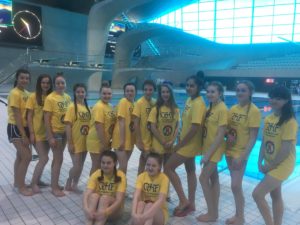 Northfields Schools of Stockton on Tees (pictured left) provided the leaders for the day, leaving the North East at 6am. They again did a great job being involved in Panathlon’s programme. Their trip to the Olympic pool is a recognition by Panathlon of the great work they have done with their leadership programme for many years.

Panathlon would like to thank Ovingdean Hall Foundation for their continued support of the programme across England and GLL/Better for support in making this day run smoothly in the pool.