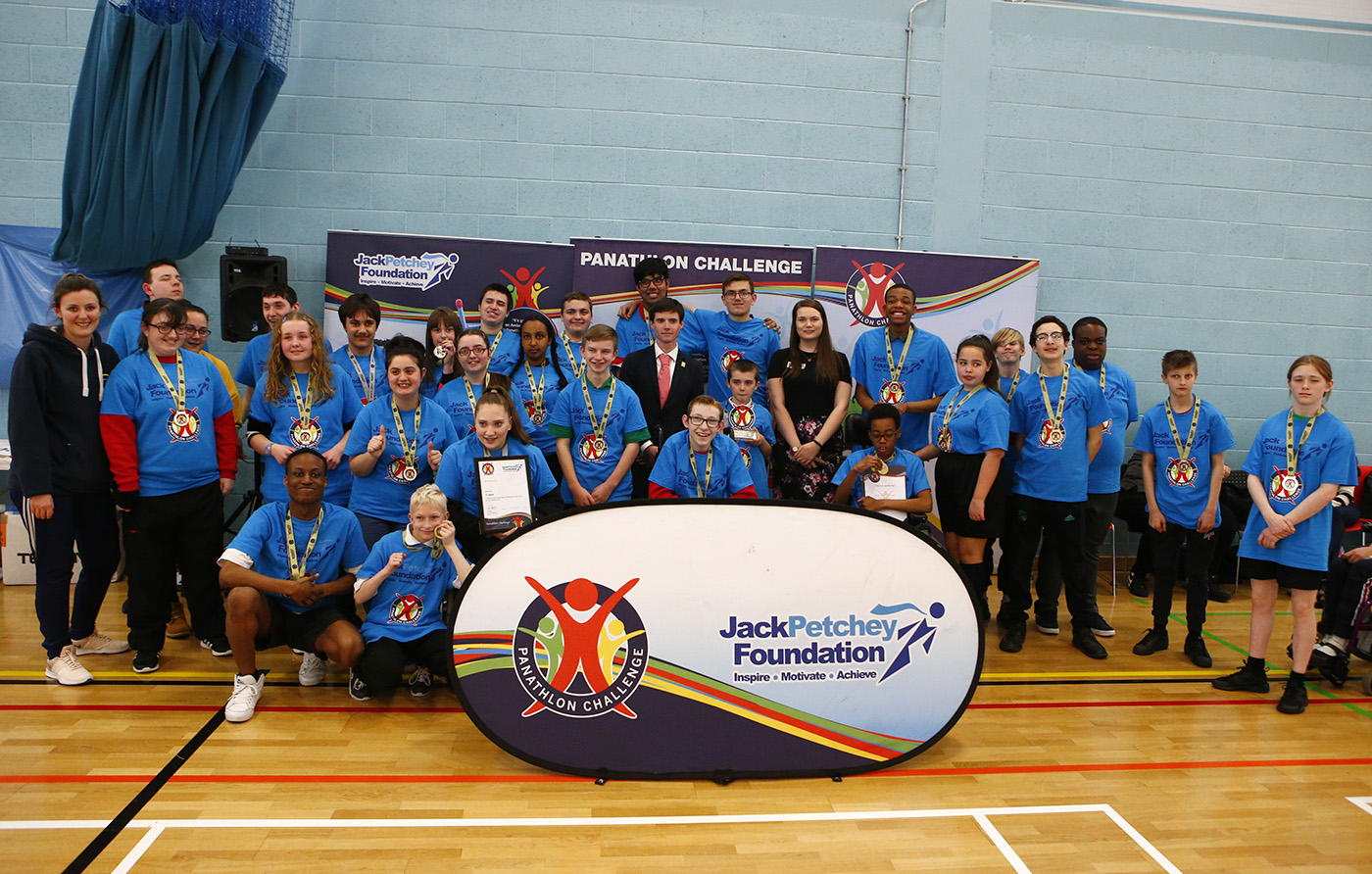 Barking & Dagenham flexed their muscles once again by coasting to the East London title to book their place in our prestigious London Multisport Final at the Copperbox in June, where they will seek to defend their crown.

The East London Final, held at the University of East London on Tuesday (March 26) was the last of the four second-round competitions to decide our finalists for June’s showpiece event at the London 2012 Olympic and Paralympic venue.

On Tuesday, 172 competitors from 25 schools in eight London Boroughs were chasing the last two remaining team places, one in the Champions half of the draw and one in the Plate competition. The competition was witnessed by GB Paralympic rowing cox Oliver James who proudly showed off his gold medal from the Rio Paralympics. 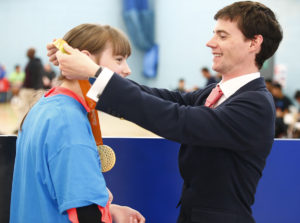 Oliver (pictured right giving Georgie Hart a feel of his Paralympic medal) said: “The amount of energy coming out of the events today just grips you straight away. Heading on into other sports outside of school I think Panathlon is a massive step for the children, to prove there is a place where they can come and be competitive, take part and be successful.”

Reigning London champions Barking & Dagenham proved too strong again and powered through to another East London Championship. They won five out of six sports and came second in the other to win with 58 points out of a maximum of 60. Hackney came in second with 48 points with a win in Polybat and second places in table cricket, kurling and athletics.

The third-placed team was Newham on 32 points and in fourth was Redbridge on 30. The full points table can be seen here.

Elaine Burgess, the winning team co-ordinator for Barking & Dagenham, said: “We’re thrilled to be going to the finals in June again. The Panathlon Challenge is such a huge event for us in Barking and Dagenham. It’s something that we really focus on, we train our students and have trials for, and work with the other schools so all the students can try it out.

“It’s fantastic for us. We have six schools involved here today, which is great! We’re hoping to add to that next year as we have had interest from other schools too. Some of our team are moving on this year as they age out, but they’re fantastic role models for the younger students coming through. We watch these children and young adults grow up and thrive and flourish and go on to new things but we’re always making sure there’s others coming through.”

Georgie Hart 17, (pictured above with Oliver James) from the defending champions Barking & Dagenham, said: “It’s my last regional final, but we’ve qualified for the London finals in June! I’m really sad that it’s my last year. I’m hoping after this year I can come back as a Young Leader and continue to encourage other competitors. It would be amazing to stay involved in Panathlon after I leave college.” 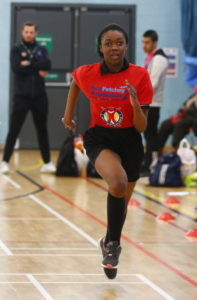 One of the other star performers in her last competition for Newham was Mercedes Jacdonmi from St Angela’s School, who has competed over the last five years and is one of the quickest athletes in Panathlon history. Mercedes is visually impaired and is a part of the GB Paralympic sprinting team, and is also a star performer in the long jump after receiving bronze today.

She said: “It’s my last Panathlon event, I’m moving on to the Royal National College, which is a residential college for the blind and visually impaired. Getting into sprinting all started at Panathlon. My coach first met me at a Panathlon competition and now I’m a member of the British Paralympic VI squad. I’ve been coming for five years and I’m sad to go. The competitions changed over the years, you meet new people, you see all types of disabilities, people working together and overcoming their disadvantages.

“Me and my team mates all go to a mainstream school. We learn from these events never to complain, because there are others who may have other challenges to you and they still try and succeed. It’s harder to compete in mainstream competitions because obviously the other competitors can see, but I can’t, but it’s still good to try because if you don’t try you never know.”

When asked what her favourite sport of all the Panathlon events is, she replied: “Is that really a question? It has to be the running races!”

The Young Leaders were supplied by the University of East London and New Vic College. They received training in the individual sports and then worked as a team to officiate and run the competitions. It was great to have University students working with local SEN children as young officials. 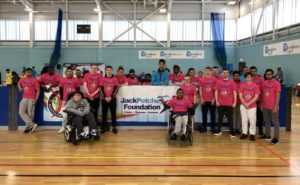 Emma Gibbons from the Jack Petchey Foundation was also on hand to witness the competitive sporting action and talk to the competitors and Young Leaders. She said: “It was great to attend the Panathlon Challenge East London Regionals – the room was full of energy and excitement! It was brilliant to see young people from across London coming together to compete in various sports and feeling inspired to do their best.” 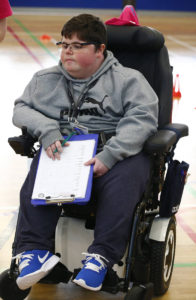 Josh (pictured left) who is studying Sport, Physical Education and Development at the University of East London, was one of our Young Leaders and is an experienced boccia player, but this was the first time he had officiated at a Panathlon competition.

He said: “It’s been really fun. I play boccia for my local club and I’ve officiated at my club but never at this level. The kids are having a great time, there’s competitiveness and great sportsmanship coming from the competitors today.”

In the Plate Final, last year’s winners Waltham Forest also qualified for the Copper Box Final again by winning Tuesday’s competition and will attempt to retain their Plate Final Crown also on June 12.

Teacher Maria Papazoglou said: “Some of the students here today have been competing since year 7, they’re now year 10 and you can really see the difference. They’re more confident, they really enjoy the game, even when they are losing, they still try really hard they communicate as a team. It’s great we have the opportunity to work with Brookfield House and William Morris Schools. It’s great for them to meet other students in the Borough that are like them. 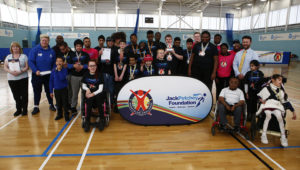 The victorious team is pictured right and we’ll see them again at the Final in June. Meanwhile, Havering performed admirably to finish in second place overall having won boccia and athletics races but were still 10 points behind Waltham Forest in second, with Tower Hamlets in third on 38 points and Islington in fourth on 36 points. Full results here.

Well done to all our competitors and we look forward to seeing Barking & Dagenham and Waltham Forest in the London Finals on June 12.