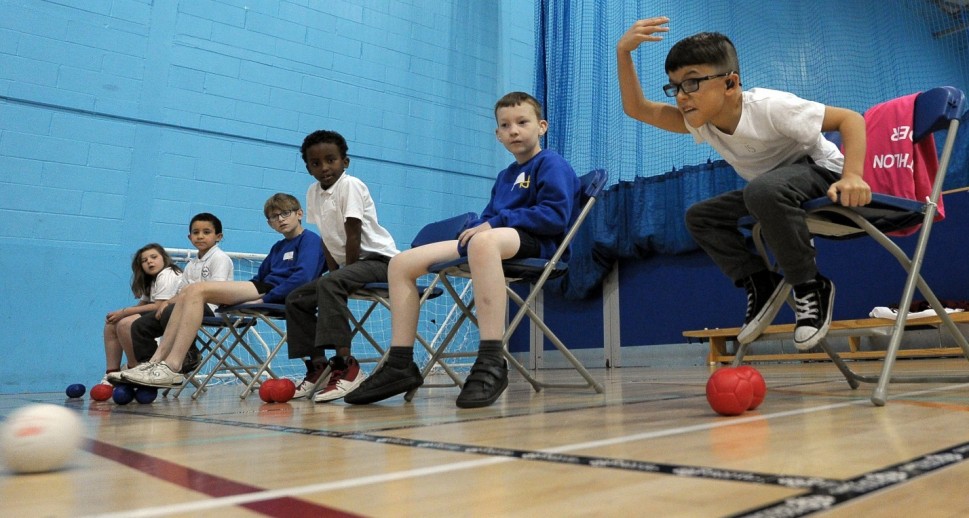 The journey to the Lord’s Taverners and Boccia England National Championship Finals at Sheffield in May for physically-impaired and pan-disabled children is well underway.

With Panathlon helping run the county and regional finals as part of the charity’s structure, the North Suffolk, South Suffolk and Essex qualifiers have all been decided and now go forward to their regional finals in the New Year.

The Suffolk teams play off at Lowestoft in March for the right to present the Norfolk/Suffolk area at the English Institute of Sport on May 20 and the Essex sides progress to the East of England final at Braintree in January.

The New Year will produce regional qualifiers from London and Birmingham, plus one involving teams from Berkshire, Oxfordshire, Buckinghamshire and Bedfordshire.

Pakefield School won the pan-disability North Suffolk event, beating Lowestoft rivals Ormiston Denes Academy to the title. However, they both qualified for the regionals, along with third-placed  Sir John Leman High School, plus John Grant School, from Caister, who won the physically-impaired competition.

Priory School from Bury St Edmunds were the South Suffolk pan-disabled champions and they now progress to the regional finals along with two teams from Ipswich school Northgate, who finished second and third, as well as Thomas Wolsey School of Ipswich, the physically-impaired winners.

Completing the line-up for the Norfolk/Suffolk region will be two schools from Norfolk for each of the pan-disability and physically-impaired competitions.

Meanwhile, Philip Morant School in Colchester and Thurrock School won the Essex events, with the former being crowned pan-disability champions and the latter claiming the physically-impaired honours.

They now go through to the regional finals together with the two-runners-up, Shoeburyness High School of Southend (pan-disabled) and Thurrock B (physically-impaired).

The Essex teams will be joined by qualifiers from the Cambridgeshire and Hertfordshire county championships. 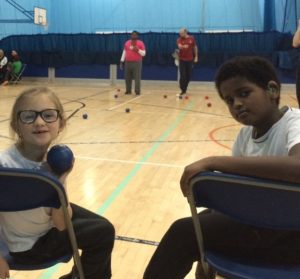 Elsewhere in the Panathlon Challenge, boccia events for deaf children (pictured above and left) have been held by the charity. The first one saw Norwood Green Junior School retain the South of England title at Osterley Leisure Centre in Hounslow in November.

The team of students from Southall in West London saw off competition from four other schools across London and the South-East in a closely-fought event, edging out St Albans’ Heathlands School in the final to keep their title.

The two 2014 trophy winners – Heathlands won the plate competition last year – were joined by newcomers Highworth Combined School from Buckinghamshire and Rushy Meadow School in Sutton, along with Camden’s Frank Barnes School for Deaf Children, as 39 students competed in the double elimination event.

The New Year sees events in this boccia category in Essex on February 3, Merseyside on February 29 and Yorkshire on March 10.

Panathlon also aims to run a visually-impaired boccia competition in London in 2016.

We would like to thank The City Bridge Trust and Bulldog Trust for sponsoring physically-impaired and pan-disabled events in London, Active Essex for competitions in Essex and The Mason Trust and The Emma Holloway Foundation for the Suffolk championships.

We would also like to thank the Ovingdean Hall Foundation for sponsoring the deaf events.