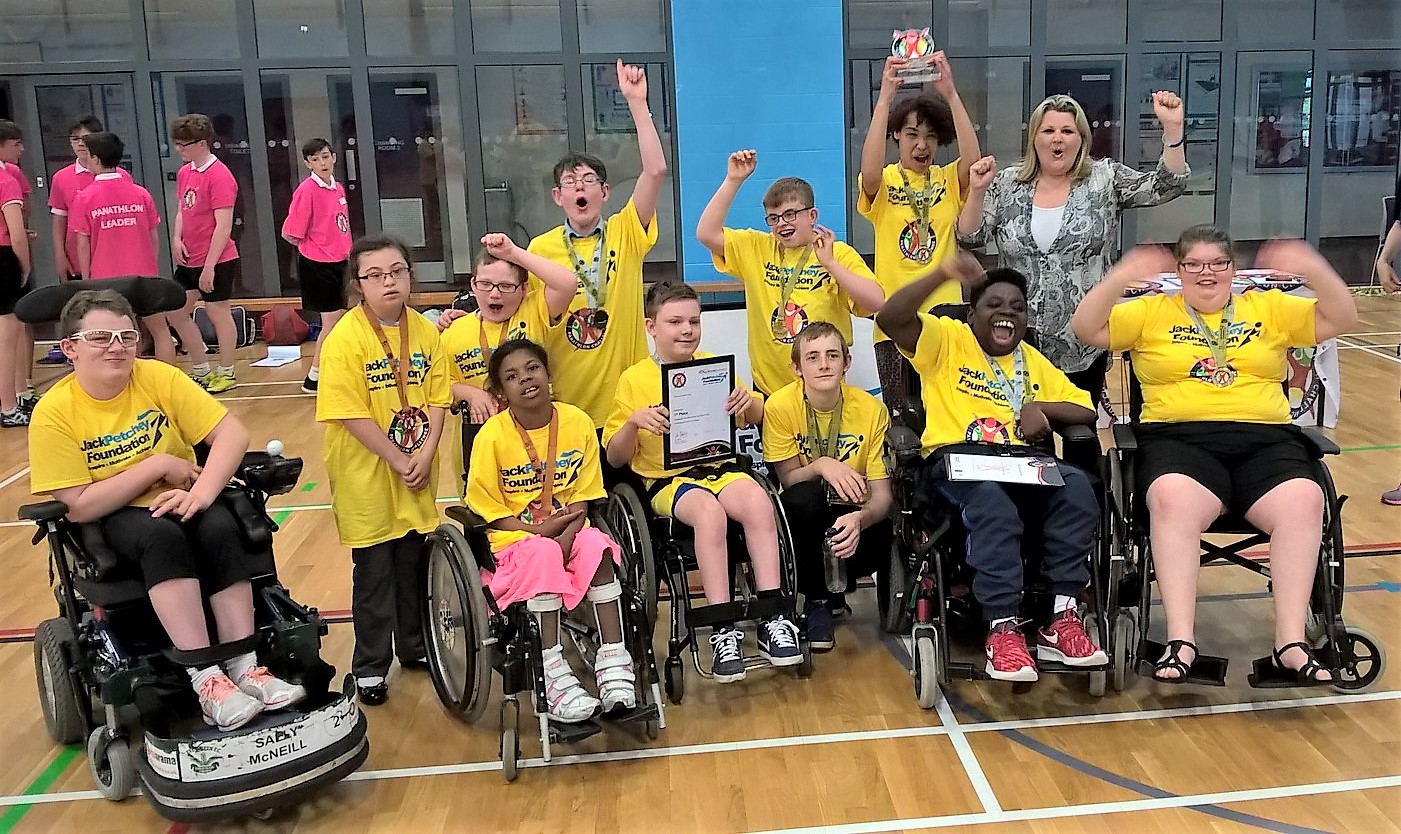 A student from Beacon Hill School in Thurrock today shattered two national Panathlon records to help his school book a place in the Essex Final in Basildon next month.

Brandon Morris smashed his own shot put and javelin records at the South Essex Semi-Final, increasing the former from 13.30 metres to a massive 14.90m and the latter from 26.50m to an enormous 29.60.

He was one of 42 students competing for a place in the Panathlon Essex Final on June 10th at the Basildon Sports Village. The other children came from Columbus College in Chelmsford and Oak View School from Loughton.

After a very tight competition, Beacon Hill, the Eastern England Regional Champions, triumphed by an eight-point margin with their total of 54, beating Oak View into second place. Columbus were third on 44. A full set of results can be viewed here.

Nikki Casey, from the Jack Petchey Foundation, said: “Once again it has been a fantastic Panathlon event at this semi-final stage in Essex.

It is always special to see the reaction on the faces of all the Panathlon competitors. It was also special to witness Brandon beating his own national record here today, not once but twice! But everyone gave 100% and they should be proud of their performances today.”

Beacon Hill and Oak View now compete against the qualifiers from the North Essex Semi-Final, which took place on April 29th, when a combined team from Southview and Doucecroft Schools qualified with Team Harlow after both finished on 48 points.

Southview and Doucecroft just edged the win on countback with the number of individual sports won during the day. A full set of results can be seen by clicking here.

Our leaders today at the South Semi-Final  (pictured below right) were from St. John Payne School in Chelmsford – thanks to them! 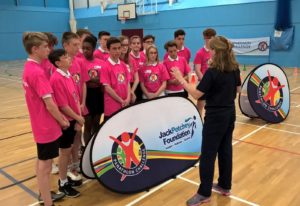 The final line-up on June 10th for the Active Essex School Games Panathlon Final is:

The Swim Panathlon on May 17th at Great Dunmow Leisure Centre rounded off Panathlon action in the county for the month.

A total of 24 students competed in a series of team challenges and individual races, with Doucecroft School, of Colchester, emerging as winners.

They and Shorefields School, from Clacton-on-Sea, qualified for the South-East final at the Olympic Pool on July 5th.

Doucecroft teacher Andrea Griffiths said “They have had to use a lot of teamwork today to  discuss who would be competing in which event and it has been a very educational day all round.”

Vicky Beales, of Shorefields School said: “The children have thoroughly enjoyed their day. We had to do some training in a local pool, as the children were non-swimmers, but they have grasped this opportunity and now we seek to try and extend their swim provision. I will be talking with other schools about how they can do this event.”

It proved to be a fantastic day, with 10 leaders from Great Baddow High School in Chelmsford helping run the event.