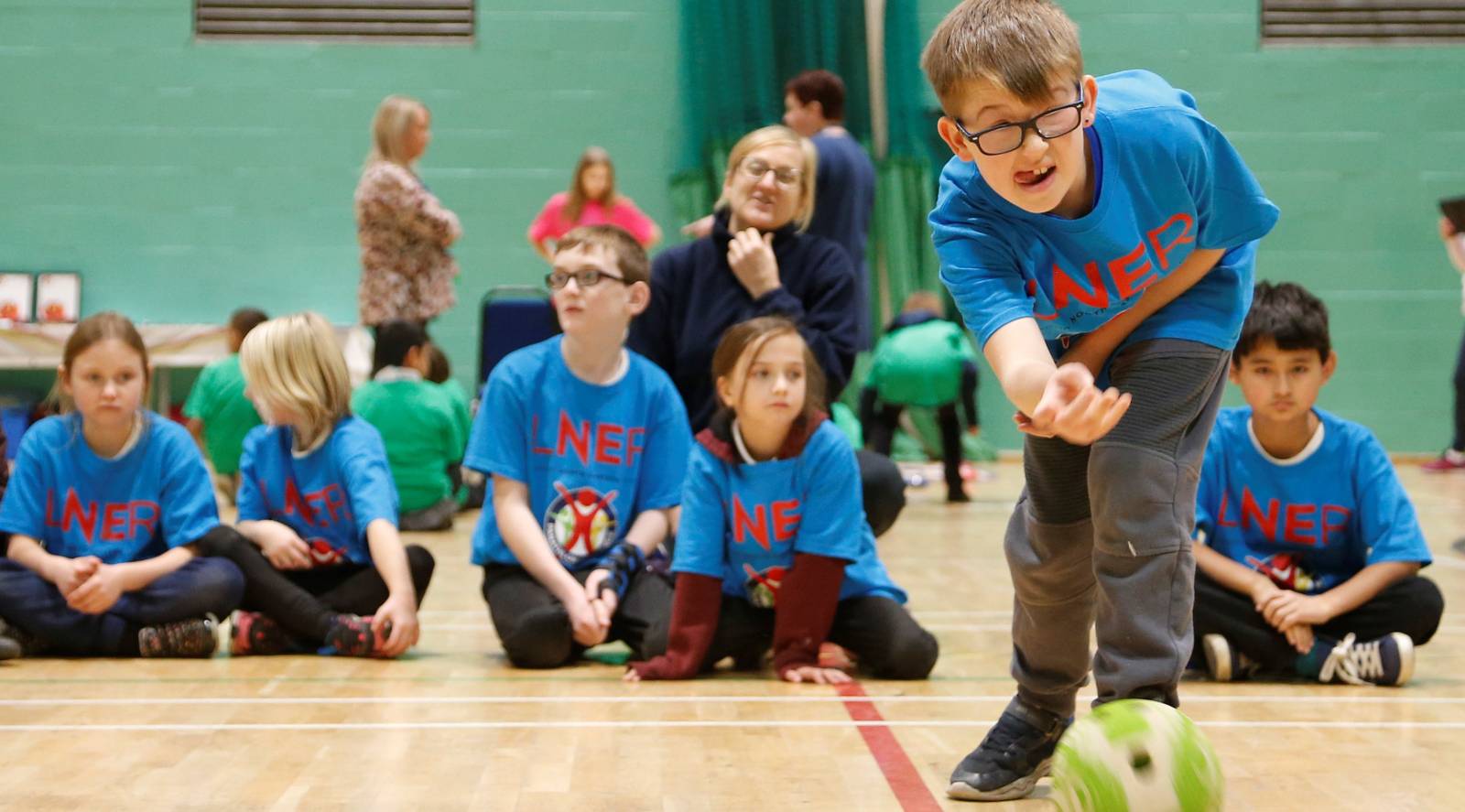 Finishing the day’s event with a total of 66 points at the famous ‘Birthplace of the Paralympics’, Brookfields’ team of nine pupils edged out rivals Ivel Valley, from Bedfordshire, by a two-point margin.

Whitefields from East London, one of Panathlon’s most prolific schools, finished in bronze medal position on 41 points. Special mention must go to Kingsmill School from Driffield, East Yorkshire, who finished in ninth and were ecstatic to have taken part as they left to complete the second half of their 382-mile round trip.

“That feels brilliant!” said 10-year-old Brookfields student Jaden Longmate-John when presented with his gold medal. “My mum and dad will be really proud of me. I’m going to keep my medal on forever – well, at least until I have a bath!”

Check out all the pictures from Stoke Mandeville Stadium here.

Matt Crozier, PE teacher at Brookfields, reflected: “At our school we think it’s really important that PE is competitive. The outside world is competitive so these opportunities to win, lose or draw are vital for them.

“It’s all about having a new experience, coming somewhere different, getting the chance to work as a team and meet other pupils from different schools. The games are nice, simple activities that they can all do. It’s very inclusive and so valuable for them.” 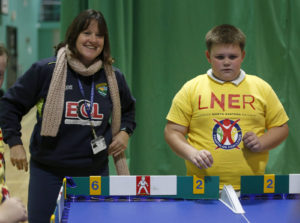 Wendy Chantrell, Physical Integration Leader at runners-up Ivel Valley (pictured with pupil Alfie Peters), revealed that Panathlon had provided a platform for her students to gain the necessary skills and confidence to step up and compete in local mainstream sport competitions.

That same day, some other Ivel Valley students were taking part in a local indoor athletics event, having previously competed in Panathlons. Others have participated in football and cricket events and the school is to host a table cricket tournament, inviting pupils from nearby mainstream schools.

“I’m trying to integrate them a little bit more with mainstream and in their local community and give them those opportunities – where I think it’s appropriate and isn’t going to affect their self-esteem,” explained Wendy.

“Without a shadow of a doubt, Panathlon gives them that springboard to do that, because the multiskills aspect and the training they receive gives them that confidence. Panathlon also makes them a little bit more competitive. I think they’ve embraced it.

“Today allows us to compete at a national level which we’ve never done before. There’s so much prestige associated with that.”

John Watson School from Oxfordshire finished in sixth, with teacher Natalie Smith commenting that Panathlon had allowed her to engage and inspire some of her pupils who had not previously been enthused by PE and sport.

“I’ve noticed there has been further engagement in PE lessons since we’ve been involved with Panathlon for the last three years, because we’ve bought similar equipment and it has really motivated them to do it for the competitions.

“Children who don’t actually perform a lot of physical activity have enjoyed taking part and have realised they’re actually really good at some of the activities that they probably would never have taken part in beforehand. It’s definitely had that impact. For some of them to realise they’re actually no different to anybody else; it’s so huge for their self-esteem.”

“We’re hopeful it will build up some leadership and confidence skills,” she explained. “As well as giving our SEN pupils more competitive sport experience, we’re looking at specifically including mainstream children who don’t see themselves as sporty, so might miss out on competitions, but might exceed their expectations, so they think, ‘actually I can do this!’. Hopefully after the first mini-competition we’ll see whether we can expand it out into the local area.” 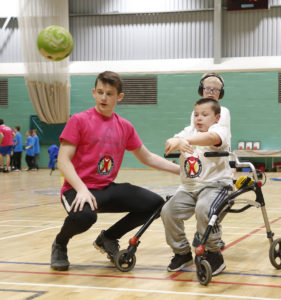 Despite the 6am start of their journey from Yorkshire, Lee Kelp from Kingsmill School said his pupils had thoroughly enjoyed their day: “They love the accessible nature of the sports – table cricket, New Age Kurling, beanbag throwing and skittles. We’ve discovered most of these things through Panathlon.

“All the sports are so accessible so they can join in at their own level. They’re nice and short and snappy and there’s lot of variety. There’s an excited buzz about the place, and our kids love interacting with the slightly older Young Leaders.”

The day’s Young Leaders were from Sir Herbert Leon Academy in nearby Milton Keynes, whose students are regular providers of highly skilled leaders on our programmes.

A massive thank you to Scottish Power and LNER for their support in staging this event.