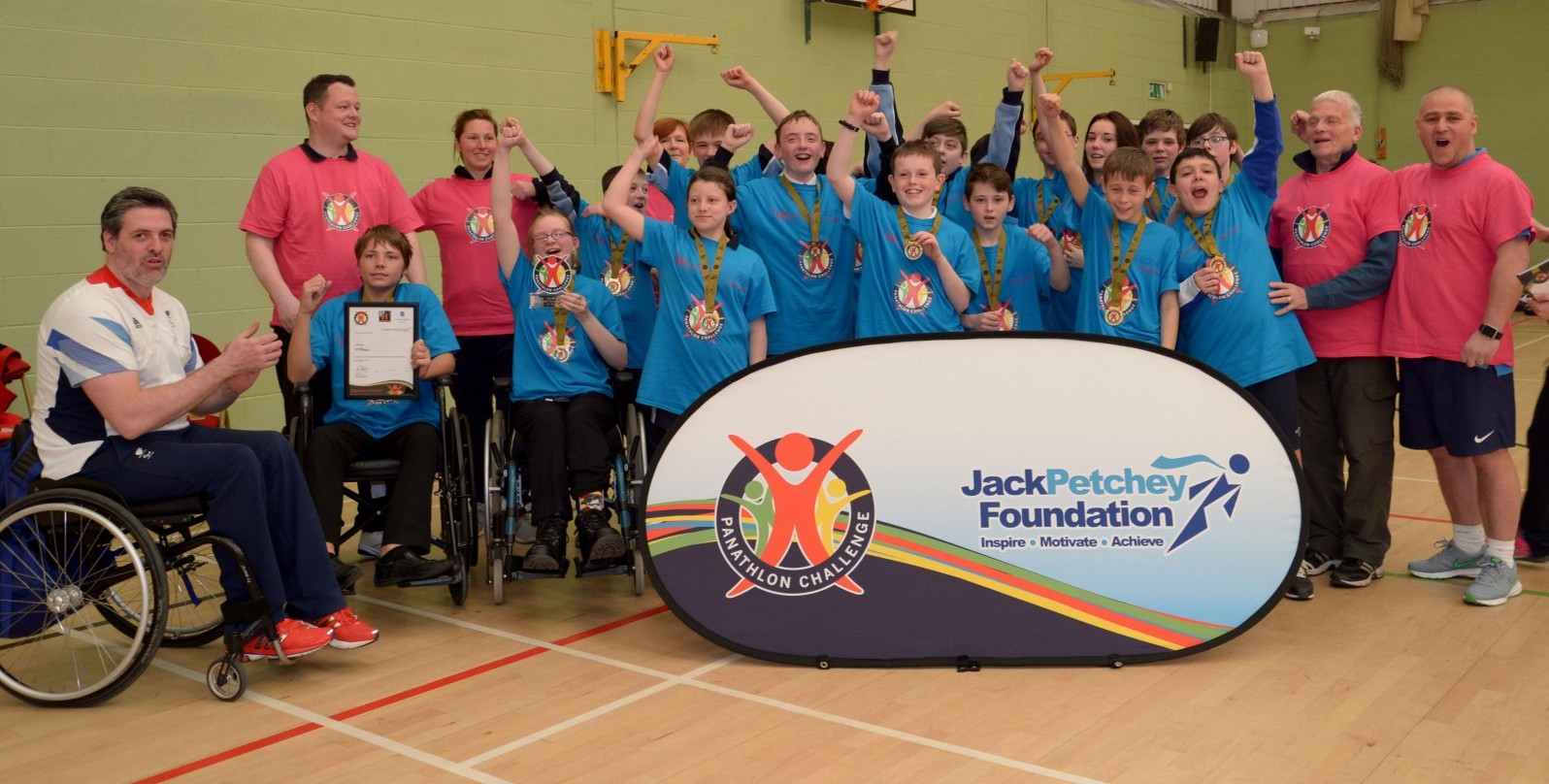 Calderdale were today crowned the inaugural Panathlon Challenge Yorkshire champions after winning the county’s multi-sports final at the Energise Leisure Centre in York.

The West Yorkshire champions defeated teams from Kirklees, York and Rotherham with their total of 52 points. A full set of results are shown here.

Sam Chadwick, 15, from Brooksbank School, said: “I could not be more proud to win a gold medal, not just for myself, but for the whole team.”

Calderdale team manager Colin Crowther added: “This has been a fantastic opportunity for disabled young people and it is brilliant to see their tenaciousness, commitment and passion.”

Kirklees (pictured playing table cricket) were runners-up with 43 – as they had been in the West Yorkshire final – while hosts York, the North Yorkshire champions, were third with 40 and South Yorkshire winners Rotherham were fourth with 34.

Teacher Jasbinder Kaur, of Longley School in Kirklees, said: “All our children are adamant about winning medals. They have loved this event. They are ecstatic really. It’s been great that children of all abilities can take part and win.”

Among the VIPs was five-times Paralympian Daniel West (discus and shot). He said he had been following Panathlon’s work avidly on Twitter and was pleased to have seen the challenge first-hand.

“This is a wonderful opportunity, because the young people can start at local contests and know they can progress on to regional finals like this,“ he said. 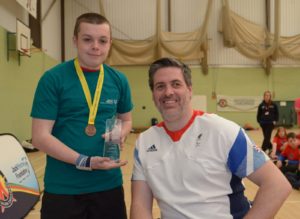 The young athletes were inspired when they saw former Joseph Rowntree pupil Ben Robinson, 17, of Haxby near York, with the bronze medal he won for table tennis at the National Special Olympics in Crewe. Daniel re-presented the medal today (pictured left).

Helping to make the day possible were volunteer leaders from York High School, who helped supervise the challenge.

Shannon Jarvis and Georgia Carter, who both play rugby, said they wanted to help pupils of all abilities play sport.

Panathlon’s Chief Operating Officer, Tony Waymouth, said: “This is a great result today for all the work that the different areas of Yorkshire have done to produce a county-wide champion.

“We are all keen to try and compete areas now against other areas. We want to create tradition and rivalry so these young people can compete at another level.” 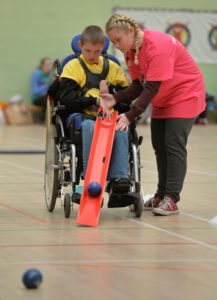