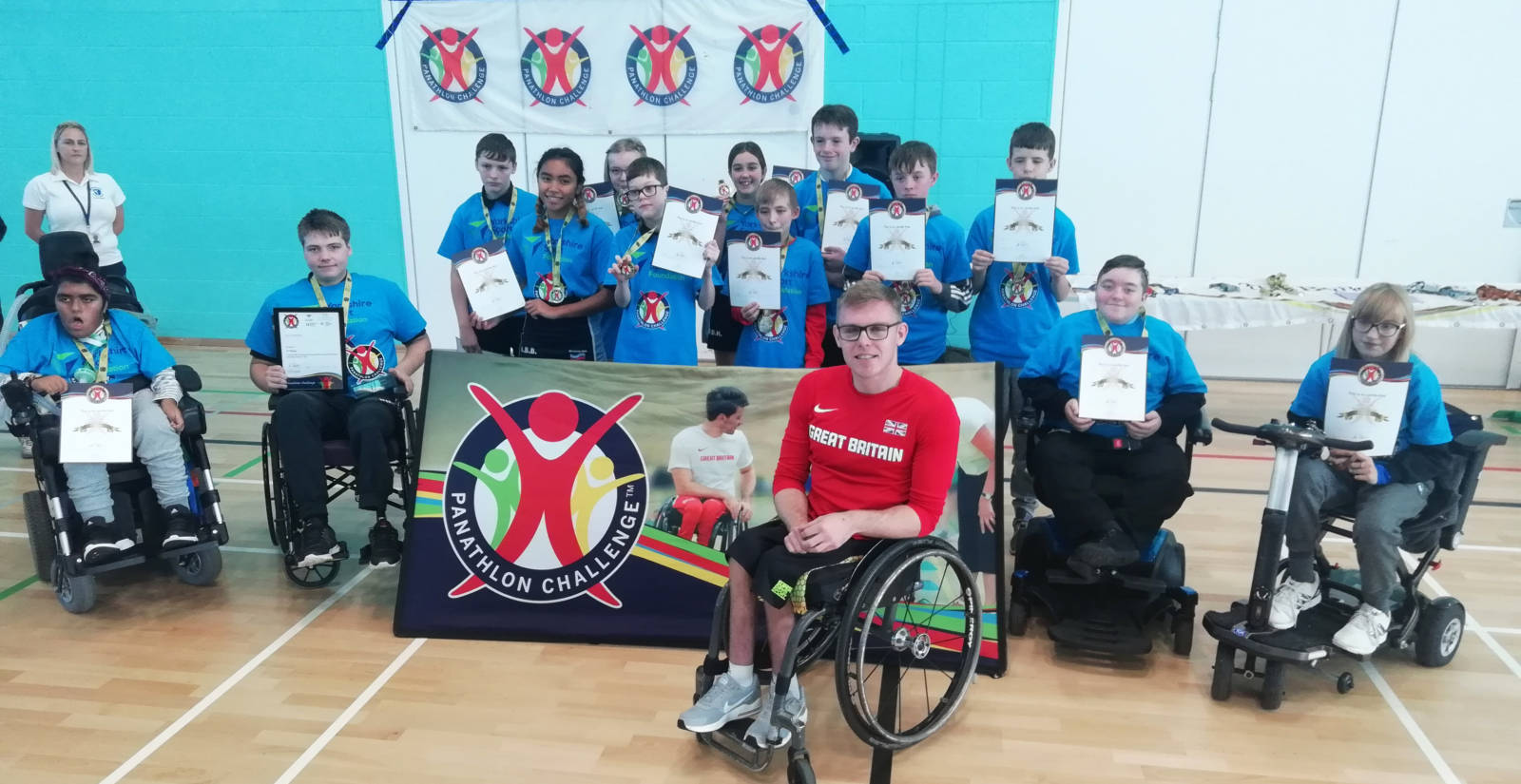 Calderdale won their third consecutive Northern Divisional Multisport Final on a day when Panathlon said farewell to one of its most celebrated competitors.

Thomas Green, a 15-year-old student at Brooksbank School in Elland, West Yorkshire, represented Calderdale for the final time as he must now focus solely on studying for his GCSE exams in the summer term.

Calderdale’s victory was not quite as dominant as in previous years. Joseph Rowntree School, representing York, ran them extremely close, finishing just four points behind on 52. Final debutants KTS Academy from Teesside finished third with 36.

Going into the concluding athletics events, the scores were in fact level, with the reigning champions having won the boccia and table cricket and York winning in new age kurling and polybat. Calderdale then took victory in both the field athletics and races to seal another crown.

It was a fitting end to Thomas’ long Panathlon ‘career’. Our former West Yorkshire Outstanding Achievement award winner had his left leg amputated 18 months ago due to an intensely painful venous malformation behind his knee which caused severe arthritis.

The sport-mad student had always watched his two brothers play rugby but, before he discovered Panathlon, had few chances to take part in competitive sport. Twenty operations to fix his painful leg proved unsuccessful and he was advised to have an amputation.

He hit the headlines before his operation when his parents threw him a ‘leg leaving party’ in March 2016, baking a leg-shaped cake and hiring an Elvis impersonator. The story made the local and national newspapers and Thomas appeared on BBC Breakfast and ITV Calendar.

Although his operation didn’t take place until several months later, it has proved to be the making of him. With Panathlon acting as a sporting launchpad, he has since gone on to complete numerous self-set physical challenges and now takes part in competitive wheelchair racing and wheelchair rugby. Only last month, he was part of the Halifax team who narrowly lost to Leeds Rhinos 54-44 in the Wheelchair Rugby Grand Final.

Thomas, who has won several Panathlon West Yorkshire and Yorkshire titles along with three Northern Divisional gold medals, reflected: “It’s been great and it has got me into other sports outside of school. I’ve really loved it.”

His teacher at Brooksbank School, Sarah Pearce, added: “He wouldn’t have achieved any of what he has done without Panathlon. That’s where it all started for Tom. Panathlon is the reason Tom is the confident, ambitious boy we now know and love. We have worked to remove all the barriers in front of him and Panathlon has played a massive part in helping us do that.” 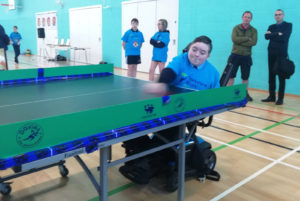 While Thomas bade Panathlon farewell, 12-year-old Billy-Joe Mackerill (right) proved the future of Team Calderdale is in safe hands. He paid tribute to his PE teacher at Brighouse High School, Di Kirby, for putting on so many extra-curricular sports clubs for disabled pupils.

“Miss Kirby is a very nice lady and she provides a lot of different things to help all the children,” said Billy, who has been able to practise boccia, new age kurling and polybat at school before making his Panathlon debut today. “I’m feeling the pressure of being champions, but not too much!” he added.

The duo in question are Year 7 pupils Zak and Elliott (below left), who combined brilliantly to win both new age kurling matches. “It was all down to tactics,” said Elliott. “We’ve been practising in PE lessons and we love boccia too.” Zak added: “I’m pretty competitive. I’m going to put my medal on my bedroom wall.” 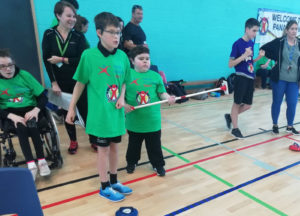 Teaching Assistant Debbie Allen said: “They’ve only been playing new age kurling for a couple of weeks but they make a fantastic team.” Zak, who has muscular dystrophy, and Elliott, who’s autistic, have been friends since primary school. “They just love competing, playing as a team and mixing with other children,” Debbie added.

Mark Harney, Teaching Assistant at Joseph Rowntree School, summed up Panathlon’s effect on pupils at the school. “They really enjoy being in this environment, playing competitive sports and getting lots of social interaction,” he said.

“I think in life it’s all about competing and overcoming challenges and getting out of your comfort zone, learning that feeling of not doing well as well as that feeling when you succeed. It gives them a flavour of what they’ll experience in years to come.”

Another York team member, Jack Taylor, also showed great promise. The 11-year-old, who  has cerebral palsy, particularly excels at the wheelchair slalom and table cricket. “He loves the races, you can see the determination on his face when he’s doing it,” said his nan, who came to watch. “So often he can’t be part of a team in normal sports situations so he really does enjoy that aspect here,” she added. 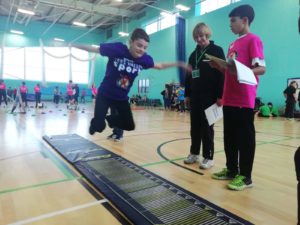 said: “It means quite a lot to represent my school because I want them to win. I’m really proud.”

Teacher Claire Carmichael said: “It’s great to get the experience to play against other schools. It’s nice to see them so happy in a different environment to where they’d normally be.”

On hand to present medals and trophies and provide an inspiring example to the young competitors was Great Britain wheelchair racer Nathan Maguire, who was proudly displaying his one gold and three bronze medals from August’s European Championships in Berlin.