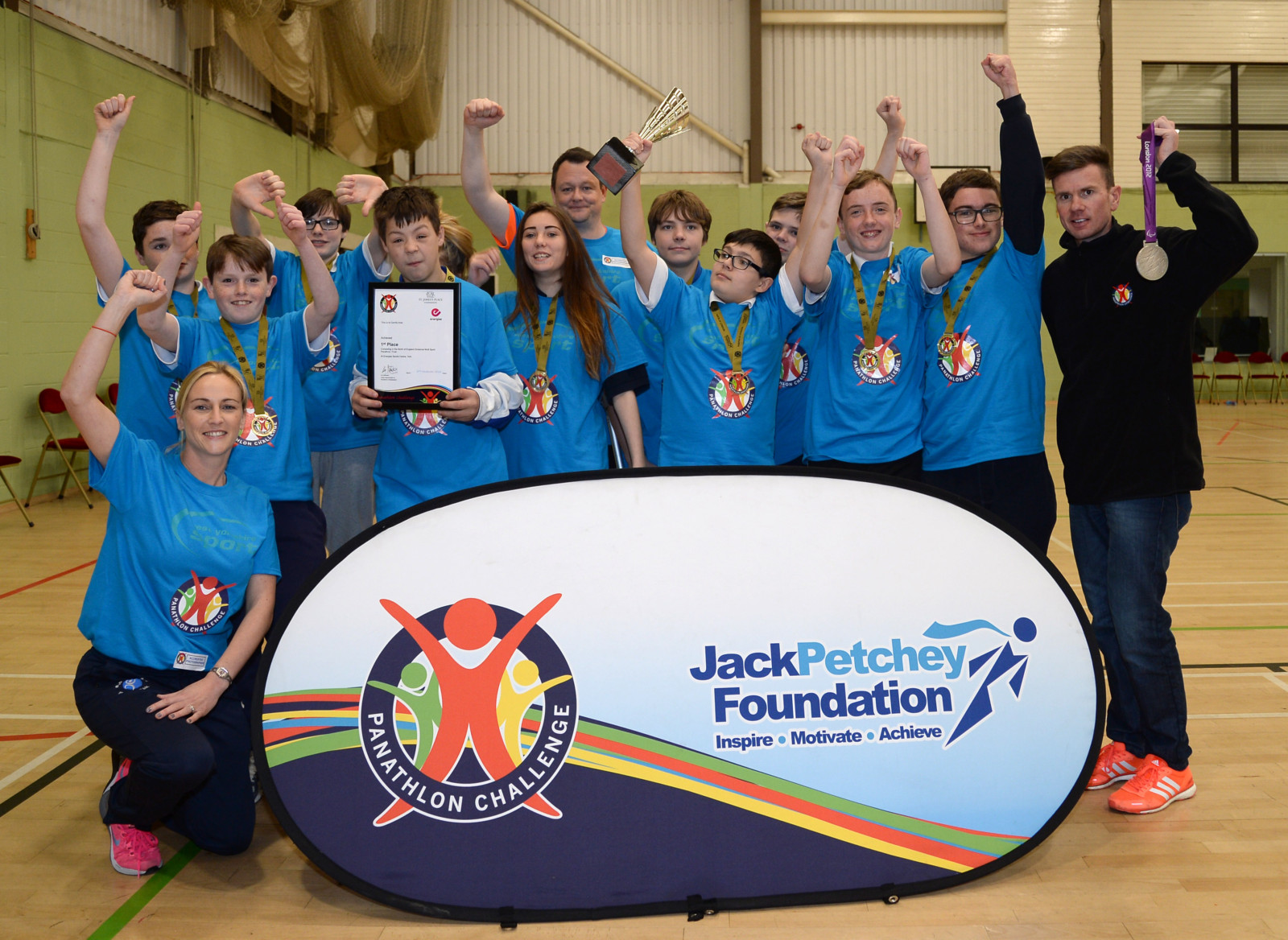 Calderdale, represented by Brooksbank School near Halifax, were crowned inaugural Panathlon Northern Divisional champions at the Energise Centre in York on Wednesday.

Competing against two teams who had battled through the two North-East qualifying rounds – Cedars School from Gateshead and Springwell School from Hartlepool – they proved to be emphatic winners, with victories in five out of the six disciplines in the multi-sport event, with their only defeat coming in polybat.

Finishing with 58 points, they eclipsed Hartlepool by eight points and were 22 points ahead of third-placed Gateshead.

Sarah Pearce, Brooksbank’s Learning Support Officer, commented: “I am absolutely elated for the children. I can’t put into words how happy they are. We are champions of the North! That sounds absolutely amazing.

“I thought we’d do well, but I didn’t think we’d do this well. We’ve come through two rounds to get this far, so this is as big as it gets. It means so much to them.

“Some of our kids don’t join mainstream sport because they haven’t got the confidence, so to come to a big competition like this gives their self-esteem such a boost. The chance to do something competitive is very rare for most of them, so this just gives them such a great opportunity.

“We feel really lucky and privileged just to take part, let alone win the whole thing! To meet a Paralympian is just the icing on the cake; it’s so inspirational.”

The Paralympian in question was Rik Waddon, the double Paralympic silver medallist in C3 road cycling (pictured below). Having missed out on qualifying for the Rio Games due to a quirk of the British selection system, he is now focusing on ending his career with a long-cherished gold at Tokyo in 2020. 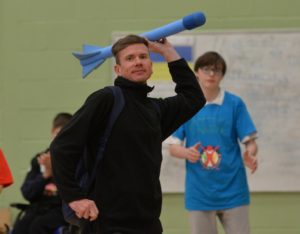 He commented: “This is a great opportunity for these children. When I was at school, nothing like this existed.

“At school one day the teacher put on a video of the Tour de France. I went home and asked my mum and dad to buy me a bike, and that decision affected the course of the rest of my life. Hopefully, this opportunity to get involved in competitive sport might lead to one of these children looking back in 10 years’ time and remembering where their own journey began.

“This well help their development so much, not only in sport, but socially and academically. It has a massive impact.”

As he put his gold medal around his neck, Brooksbank student Jordan Calder, 15, said: “This is my third Panathlon event. It gives us the chance to meet new people and have loads of fun with friends, and also make new friends from other schools. We are all really good at working together as a team and cheering each other on.”

Scott Mallabar, PE coordinator at second-placed Springwell from Hartlepool (supported by Tees Valley Sport and Tees Valley Community Foundation), reflected: “The kids are not only working hard for themselves, but working together effectively, putting strategies and tactics into place.

“There are wheelchair users and able-bodied kids here, it’s so inclusive. These are always great events and we really look forward to them.”

Springwell pupil Leland Dack, nine, said: “It’s so much fun. It’s so enjoyable. I definitely don’t want to miss out on the next one. My favourite event is the boccia. I’ve just had my bedroom decorated, so I can’t wait to hang up my medal on the wall.”

Steve Middlemiss, Sport Inclusion Officer at third-placed Cedars (supported by Gateshead Council), commented: “The benefits of Panathlon events are immeasurable; the social interaction in meeting children from other schools, the competitive aspect – it gives them so much motivation to do their best.

“Every time we come we get so much from the day. There’s a great atmosphere. They train for this and to get a medal gives them a sense of achievement.

“We’ve come up right through the local, county and regional competitions to reach here, so this has given them that next level of the pathway to strive towards, which is so valuable. As soon as we knew we’d qualified for this, the children were desperate to start training for it.”

Cedars student Reald Harpottle, 14, who has bilateral cerebral palsy, said: “I’ve been doing Panathlon events since 2014. They’ve given me confidence, courage and sporting skills. The manual wheelchair race is my favourite event. I love it.”

The day’s Young Leaders were supplied by the neighbouring York High School, who organised the event as part of their Leadership Academy programme.

Ben Moss, 14, said: “It helps us think what it feels like to have a disability. It’s actually quite emotional to see what they have to cope with and how hard it is for them.”

Jack Metcalfe, 15, added: “It makes you empathise with what life is like for some of these children. We can help improve these guys’ abilities in sport and that’s really fulfilling.”

For the full set of gallery pictures, please click on the image on the right.

The first-ever Panathlon North Divisional Final was made possible by the support of St. James’s Place Foundation.