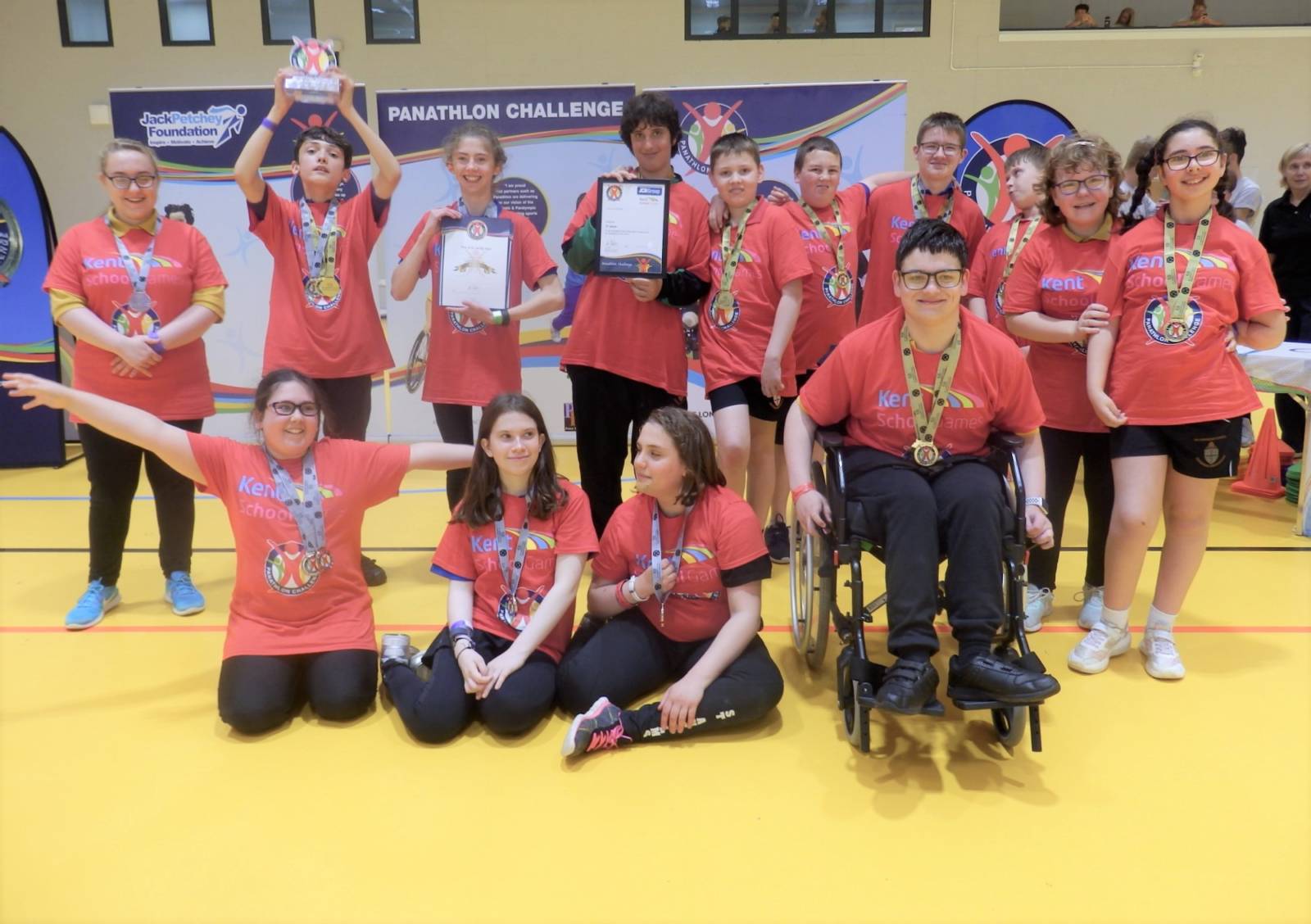 The tenth Kent Multisport Panathlon Final, part the wider Kent School Games, saw 70 students from seven schools make up the teams from Ashford, Canterbury, Gravesham and Sheppey & Sittingbourne. All four teams had qualified from previous rounds earlier in the year.

Our first gold medal of the day went to Mackie Reed, from the Gravesham team. It was Mackie’s first Panathlon event which made his gold medal run even more remarkable.

Mackie clocked 28 seconds and was the fastest time recorded in Kent this year – and only a few seconds off the national record.

Nicki White, teaching assistant from Ifield School, said: “Mackie was amazing to come first in the slalom. He really enjoyed competing and meeting other children with disabilities. He’ll be back to do it next year again for sure and try to reduce his time further!”

Canterbury’s strength in various sports shone through as they won boccia, table cricket and field athletics. They backed this up with second places in Kurling and Polybat, to win their first title for many years with a total of 50 points.

Iestyn Huotari from St. Anselms School in Canterbury said: “It’s been worth the wait to win it again. Our last victory was quite a few years ago and to come first again is amazing. Our students say it has been fun, exhilarating, brilliant and.. wowzers!”

Our Young Leaders were supplied by the Malling School (who recently celebrated hosting a Panathlon event for the 10th consecutive year) and from the Homewood Schools. 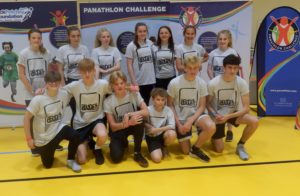 Liam Cobley of Homewood School (pictured left) said: “This is my first time at Panathlon and I had no idea what a wonderful, competitive but also calm atmosphere it would be!

“We have brought 13 leaders today who have officiated the sports and it has challenged them to adapt to a different type of learning to accommodate and encourage children with special needs and disabilities. We would love to continue to provide Young Leaders as it is such a rewarding event for everyone and a great learning experience for our students.” 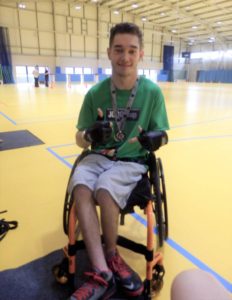 Harry Brown (pictured right) from Wyvern School in Ashford, who was in his last year of competing after seven successful years of Panathlon, came away with a silver medal in the wheelchair slalom. He said: “I love coming to Panathlon, it has given me confidence and hope. I’m going to come back next year and be a Panathlon leader and pass on what I have learnt.”

Sue Acott and Kay Collins from the John Wallis Academy, part of the Ashford team, remarked: “We’ve all had a brilliant day. It’s not about winning, it is really about taking part as there is a sport for everyone no matter what your level of ability.

“Panathlon is run so efficiently and the Young Leaders are fantastic. There is always a great atmosphere and seeing our students’ smiles makes it all worth while!”

Jerome Xavier from Meadowfield School, part of the Sittingbourne team said: “Panathlon is a great social opportunity where students are able to make new friends with people from other schools. Students who sometimes have limited interaction outside of school have this fantastic opportunity to mix and meet others similar to them and create new friendships.” 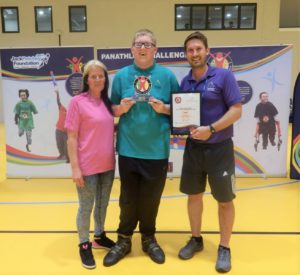 There was also a special Outstanding Achievement Award made to Freddie Fairbrass who has developed a passion for sport and competition through Panathlon and has excelled in various sports including boccia.

Freddie is pictured (left) with his mum and Mr Walker from the Beacon School who recommended Freddie for the Award. Read more about his story (coming soon!)

Laura White from Ifield School commented: “Our pupils find great value in Panathlon – not only does it allow them to develop key skills such as teamwork and communication but also sportsmanship and competitive skills. It also allowed the partnership of different schools to come together and work towards a shared goal.

“Today we also brought a pupil who attends a mainstream school who would not normally have access to such inclusive events. It has been a brilliant day.”

The team from Canterbury will now qualify for the next regional round which sees our other county champions play each other in the Southern Regional Panathlon Final in the autumn.

Thanks to out long term supporters in Kent – JCB Autos and Kent Sport.