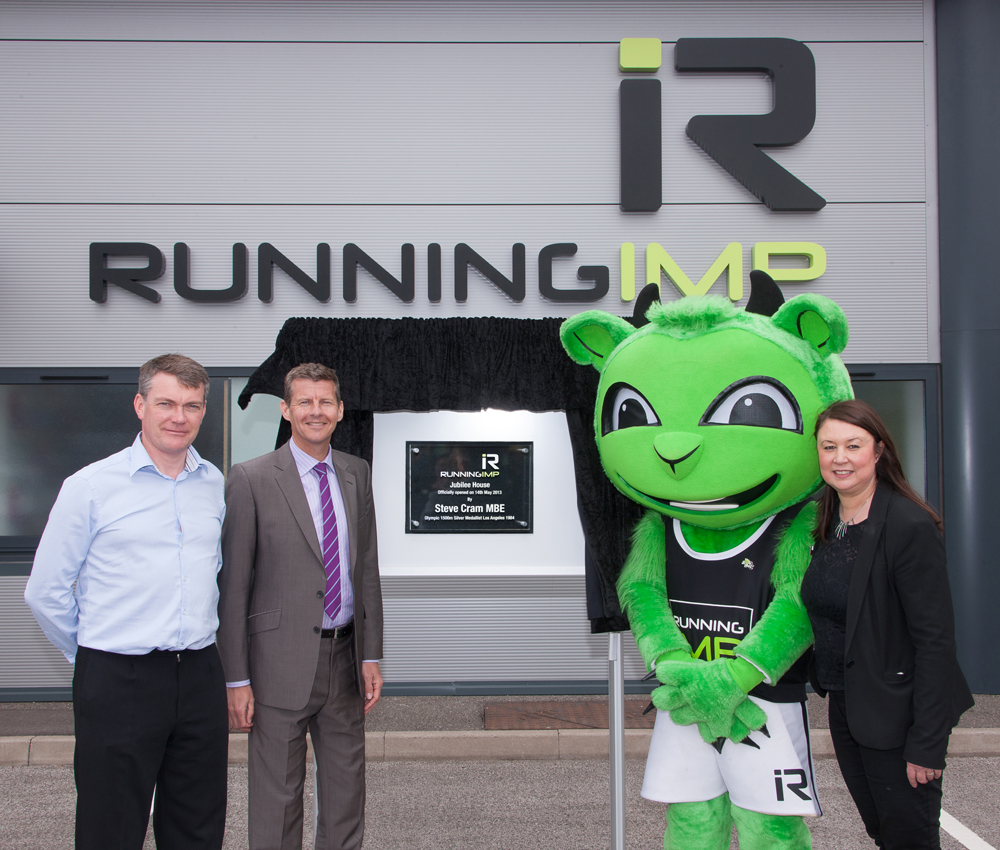 Panathlon has awarded over 100,000 medals to participants since 1997, every single one supplied by Running Imp in Lincoln who have also supplied over 1,000 trophies in the last 16 years. Such a good relationship has built up that Panathlon were chosen as the first ever “Charity of the Year” by Running Imp in 2009. A penny was donated to Panathlon for every medal ordered that year and Running Imp presented a cheque for £6,000 which was hugely appreciated.

Ashley Iceton from Panathlon was delighted to be invited to the official opening of Running Imp’s new premises in May, alongside Steve Cram MBE, Olympic Silver medallist. Also pictured is Faye Yarwood, Managing Director and Impspire – the new Running Imp Mascot. Running Imp kindly presented Panathlon with another charity donation.

Congratulations to all at Running Imp on your first 25 years of success. We look forward to awarding another 100,000 of your medals.

Running Imp chooses Panathlon as its first Charity of the Year in 2009.