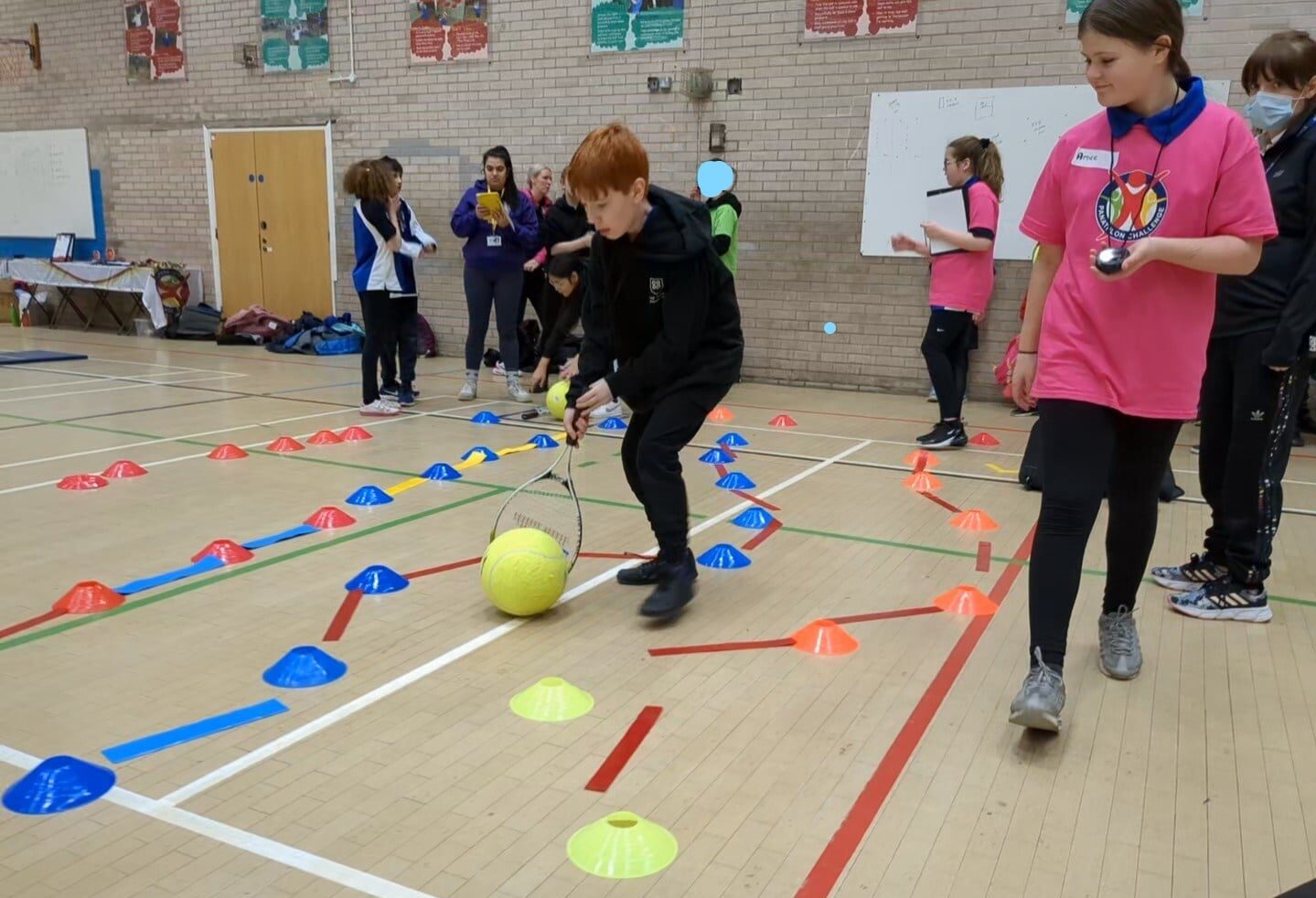 Panathlon’s partnership with the Co-op Academies Trust continues to blossom, with pupils from its hub of schools in West Yorkshire given a valuable taste of inter-school competitive sport.

Pupils with additional needs from Years 6 and 7 at five local Co-op academies did battle at Co-op Academy Priesthorpe in Leeds on Thursday (January 12), with many of them relishing the chance to represent their school in an external sporting competition for the first time.

It was the first (of many!) Panathlon multisport competition co-organised with Joanna Newsome, Regional Sports Event Coordinator for Co-op Academies Trust schools in Leeds and Bradford, which include three special schools.

“I’d been looking for a challenge that SEND pupils at all Co-op Academies in this area could access, so it was fantastic to bring Panathlon in to organise this competition,” said Joanna.

“This provides an opportunity for pupils to gain confidence at a big event, compete against other children and hopefully feel empowered enough to attend extra-curricular sports clubs that they perhaps didn’t feel confident enough to access before.

“This is also CPD for me – I’m picking up so many ideas for how to adapt activities and use some of our existing equipment.”

The competition was so successful that plans are already afoot for a potential Co-op Academies ‘War of the Roses’ between the Trust’s hubs in West Yorkshire and on the rival side of the Pennines in Greater Manchester!

“It gives them a perfectly-pitched, low-stakes challenge,” he stated. “They will believe after this that it’s possible to achieve anything. Knowing that other competitions are on the calendar now gives them something to aim for. It’s invaluable for their self-esteem.”

Competitive sport is a rare opportunity for West SILC pupils, who sometimes also lack confidence when they participate in mainstream PE with additional support.

“It’s a real challenge for us as staff to get some students involved in sport, but these activities are adapted brilliantly to engage them. This is a great first step. Knowing that there will be a pathway of further competitions, they can see constant progression, which is a great life lesson for them – keep striving forward!”

West SILC Learning Support Assistant, Melissa Baric, added: Going home with a medal will be something the children are still talking about in a few months’ time. They will be very proud of themselves.”

Brandon, 10, said: “I’m going to put my medal in a safe box because I’ve got two sisters and one brother. They would probably drop it down the stairs and smash it!” Areez added: “I’ve loved everything about it! I will feel so proud and happy in assembly.”

Princeville teacher Liz Wood said: “The benefits are immediately obvious in that every child can achieve. The children with us today are those who would perhaps not always be chosen for athletic sports, but this is so accessible to them.

“I also like the strategy elements. I noticed at the curling that the children were adding up the best ways to score most points, which was a nice cross-curricular link.”

Year 7 pupils from Co-op Academy Priesthorpe were trained as Young Leaders for event, guiding the pupils and officiating the competition. They included the brilliant Yameen and Stan, both aged 12.

Yameen said: It’s not every day you get to come into the sports hall and help kids like this – I’ve been blown away by it. The kids’ reactions made me really happy. I’ve learned that you just need to adapt to the situation no matter what their disabilities are.”

Stan added: “It was amazing fun supporting all the kids, seeing them do so good in all these challenges and watching them be happy. I wasn’t sure what to expect, but they’re just nice kids!”

Panathlon’s Chief Operating Officer, Tony Waymouth, said: “We have enjoyed developing our work with several Trusts including the Co-op Academies Trust, who benefit from our flexibility in being able to offer bespoke activities and competitions which meet their specific needs. We now look forward to the proposed Co-op Roses clash – hopefully during the summer term!”

Panathlon’s first competition in partnership with the Co-Op Academies Trust saw “two trail-blazing organisations join together” to give pupils with SEND a stage to experience sporting success.