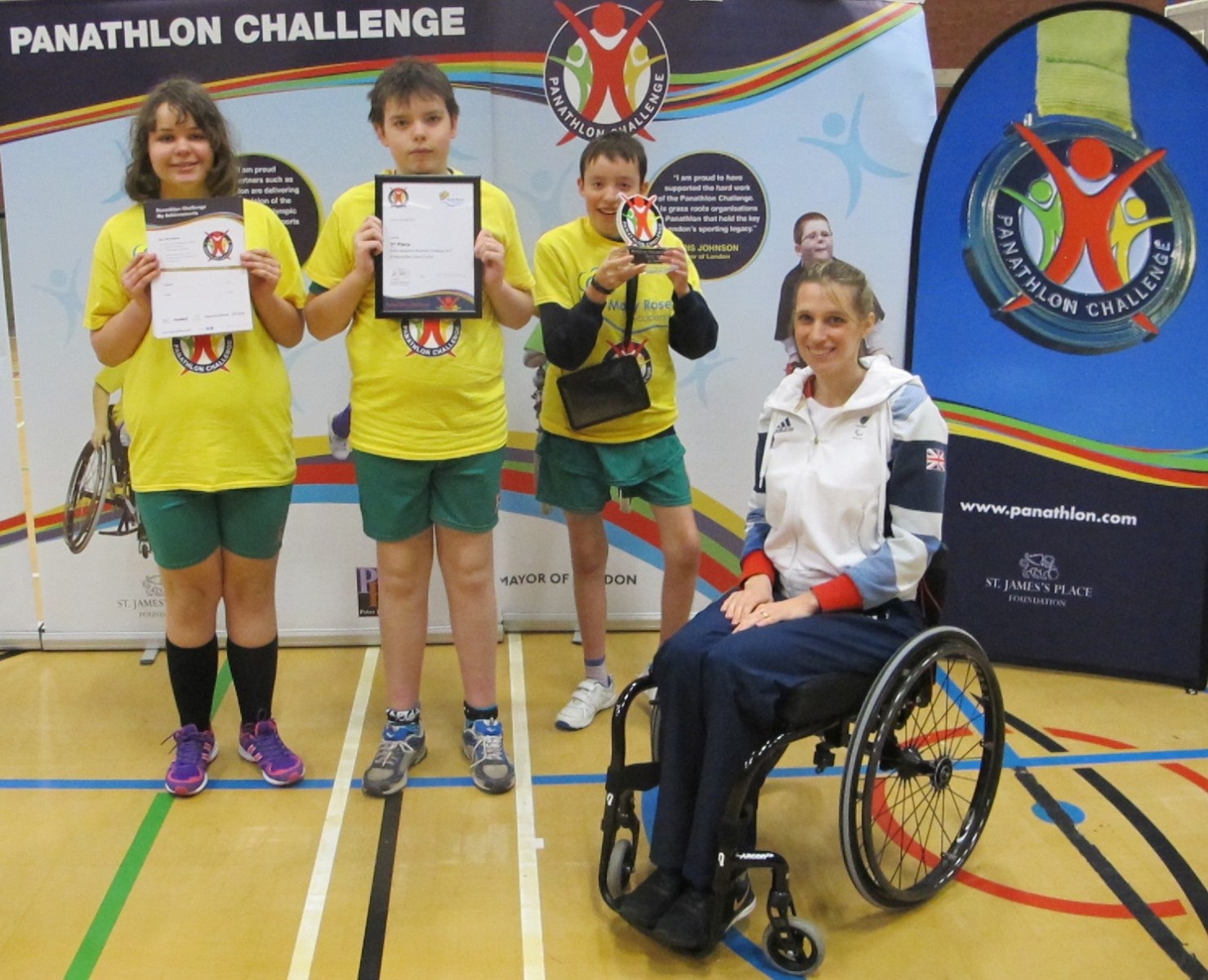 On Wednesday 22 March pupils from across Hampshire took part in a Panathlon Challenge at the Mountbatten Centre.

Both Hollywater and Portchester go through to the County Finals in June. See a full set of results here.

Ian Worden, Programme Coordinator of  Sports Media at the university said: “What a brilliant day, we learned so much from a practical level; the students feel like they have connected with Panathlon and now we will start to work on the film, we will produce about the day.”

The event was officiated by leaders from Portsmouth University, who have had Panathlon training as Young Leaders and study Panathlon event management, which is part of their sport development degree

Finals day at Birmingham Metropolitan College saw a new champion emerge, with Wilson Stuart School taking out their first-ever title with a pulsating finish in the flat races to just see off Hall Green.

Again, Birmingham Met students acted as leaders during the competition and were part of a day that saw 48 children and 12 Panathlon Young Leaders take part.