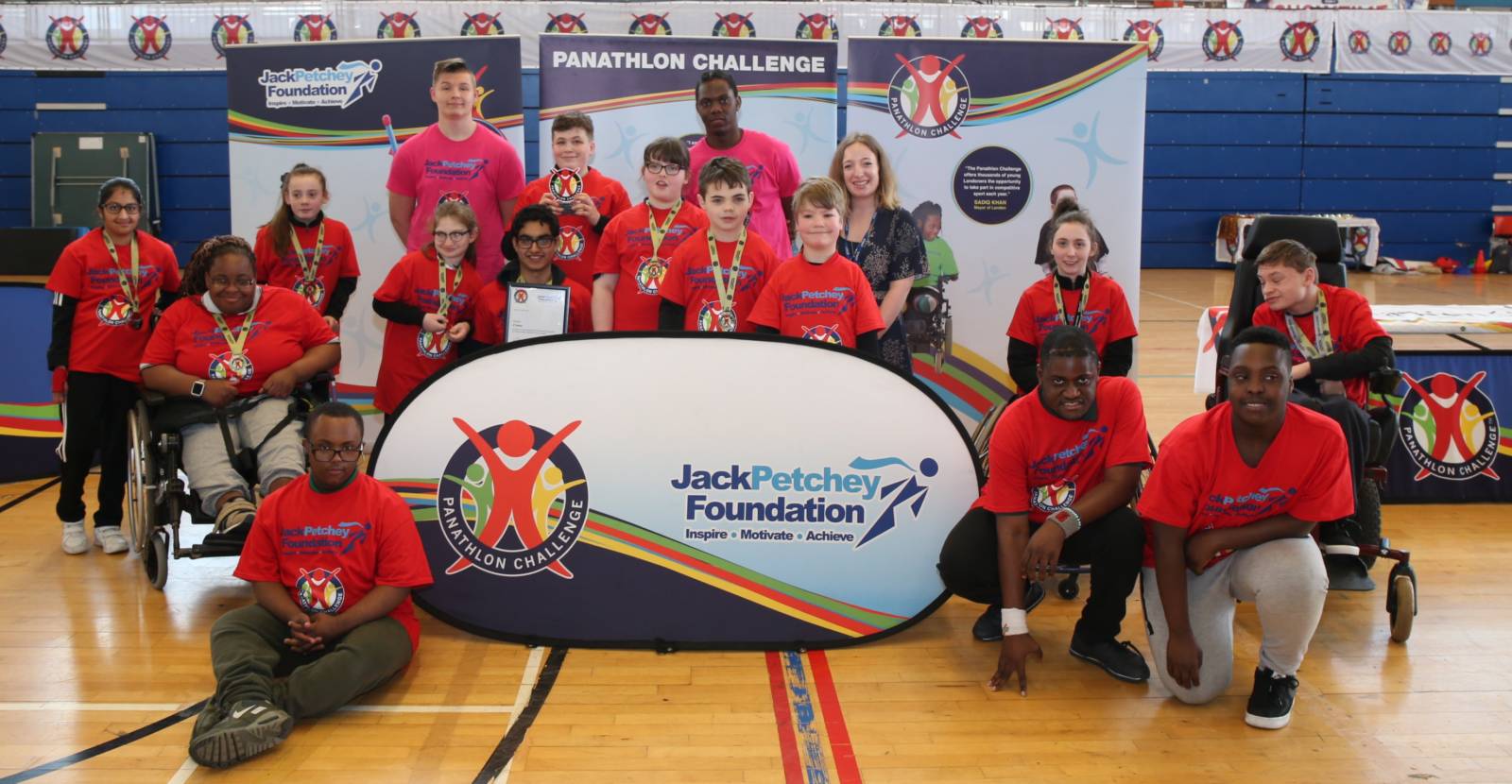 Team Croydon are well used to winning the South London Championship, but they were pushed to the limit at Crystal Palace National Sports Centre in one of Panathlon’s closest fought battles of all time.

After the boccia, table cricket, polybat, New-Age Kurling and field athletics had been completed, and medals awarded, the points table going in to the final athletics races stood at Croydon 36, Kensington & Chelsea 36, Bromley 34 and Lambeth on 34 points.

Never have we had four teams separated by just two points and with a place at the Olympic Park to play for in qualifying for the London Final on 12 June, the battle for the last remaining points in the athletics races was intense.

However, it was Croydon’s overall strength that won through in the end in the tightest of competitions and saw them retain their South London Championship with K&C in second, Bromley in third and Lambeth in fourth. For full results breakdown, see here.

Fiona Bell from St. Giles School in Croydon said: “It’s amazing to win again this year in the strongest competition yet. Everyone has upped their game and tried to knock us off our throne. The standard of the competition was amazing. Huge congratulations to all the teams.”

Liz Johnson, from Riddlesdown School also part of the Croydon team, said: “It has been a wonderful day. It’s great to see fantastic levels of participation and our athletes are delighted to be going to the Copper Box Arena for the London Finals.”

Liz Johnson (yes, another Liz Johnson!), our three-time Paralympic medal-winning Ambassador was present to cheer on the competitors and hand out the prizes. She said: “It’s incredible that the standards of the competition increase year on year and everyone pushes each other to trying harder and increased skill levels. Everyone should be proud of their performances.”

For the full gallery of photos, please see the bottom of the page or click here.

In the Plate Final, the margins weren’t quite as tight with Lewisham dominating, winning five out of six disciplines and romping to victory with 56 points, with Greenwich in second, Bexley third and Southwark in fourth. Full results see here.

Lewisham pictured right, therefore qualify for the Plate competition at the Copper Box Arena in June. 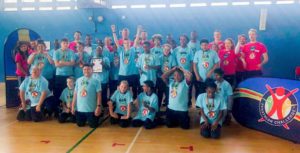 Jenny Flynn from Marlborough School in Bexley said: “Panathlon gives students an opportunity to excel in appropriate sports to them and to take part in a competitive environment. With the fantastic event organisation, it makes it really easy for all the staff to focus just on their athletes.”

Mikey, who is 14 years old and part of the Bexley team, gushed: “Panathlon is amazing. I enjoy it a so much. I won another medal and can’t wait to do it all over again.” 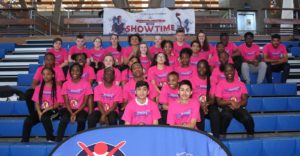 Both competitions were officiated by two local schools that had been trained by Panathlon staff in recent weeks in all the sports and they officiated today with skill and enthusiasm. A big thank you to Oasis Shirley Academy and Harris Academy Crystal Palace (pictured here).

Laura Rumbles from the Jack Petchey Foundation, our longest serving supporter, was present to award medals and take in the sporting action. Laura said: “It is fantastic to see all the young people taking part – you are all winners. I look forward to seeing the competitors and young leaders again in the future.”

Overall we had 134 competitors yesterday across the two competitions from 15 schools and 31 young leaders involved. Thanks to everyone involved!

We must also thank our adult volunteers from Investigo who are raising funds for Panathlon this year and experienced the competition for the first time today.

Nick Baxter the CEO of Investigo said, “Thank you to the team at Panathlon for letting us be part of such a special day. The children who took part in the various sports clearly loved the day and their commitment could only be matched by their coaches/teachers. Good luck in the final at the Copper Box Arena everyone!”

Staff at Investigo will continue to raise funds throughout the year for the Panathlon charity – see more news here. 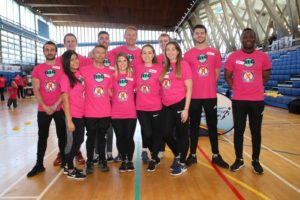 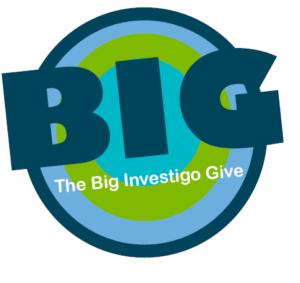