Twelve teams competed in Panathlon’s Yorkshire Deaf Boccia Final in Doncaster on Tuesday (March 5) with teachers calling the event “a fabulous experience for children who can often feel isolated.”

Royal Derby School took home the gold medals as children from five schools, both primary and secondary, from across the White Rose county competed in the event at Doncaster Deaf Trust.

Royal Derby B produced a stellar performance in the final to beat Swain House A 5-0. The first semi-final was an all Swain House affair, with their A team beating their Bs by 5-3, and Royal Derby saw off Girlington Primary from Bradford handsomely 8-0 in the other semi.

Nancy Southworth, teacher at gold medallists Royal Derby School for the Deaf, commented: “Our children love it at these competitions. They love the competitive nature of it but it’s also about meeting other children. 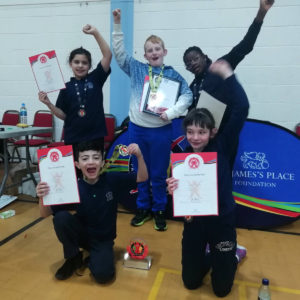 “They sometimes live in quite isolated worlds, but being able to interact with other deaf children is a great experience for them. It helps them understand they are one small part of a big world.”

Sarah Rothera, whose Swain House Primary School pupils were competing in their first Panathlon event, reflected: “Our children can’t get involved in many of our after-school clubs because they come to school on transport, so this gives them a sense of achievement in sport.

“Everybody can be involved here and they can feel that sense of competition and team spirit. Their achievement will be celebrated in the school to recognise their talent in a sporting capacity – a feeling they won’t be used to.”

Girlington Primary, near-neighbours to Swain House in Bradford, are veterans of Panathlon competitions. Their former pupil Shahayna Begum was named one of our West Yorkshire Outstanding Achievement winners last May.

Claire Hussain, who has been a teacher of the deaf at the mainstream school for 11 years, said: “We always celebrate their successes at Panathlons back at school in assembly and they can show off their trophies and medals. It raises the profile of our deaf children at school and shows them what they can achieve.

“It builds good relationships between them because they’re working together as a team and that’s something a lot of them really need to develop. It is so heartening to see them meet other deaf children and independently strike up conversations. It’s that recognition that there are children in other schools who are in the same position as them.

“Doing this gives them that extra confidence to go out and play sport with the hearing children in our school. It gives them that belief in themselves that they can participate in sporting activities.” 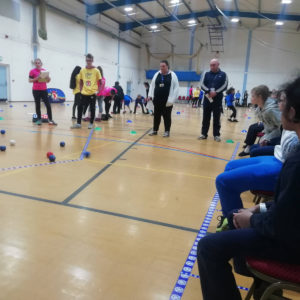 Pupils from St John’s Catholic School for the Deaf in Boston Spa near Wetherby have competed in our football, swimming, ten-pin bowling, multisport and boccia events for several years. PE teacher Kate Pirie is in no doubt about its impact.

“The kids thrive on it,” she said. “It’s a great experience and so valuable for them because there aren’t many of these competitions around specifically for them. .

“There are lots of barriers that our children face all the time and things like this help them overcome them. It really boosts their motivation, confidence and ego within school. Some of our pupils are not normally sporty but they thrive in these competitions.”

She added: “They don’t tend to take part in sports teams in school nor can they access some of our sports clubs, so to come and take part in these events and come back to school with medals is huge for them.

“We ensure they get presented in assembly and they are always super proud to be up on stage and feel like they are representing the school. They walk prouder and taller down the corridors and feel really proud of themselves.

“They are eager to tell their peers and staff what they’ve achieved. It has a really positive impact on the school.

“They are a minority in our mainstream school so to come and interact with a whole hall full of other deaf children is so valuable for them.”

The day’s Young Leaders were provided by New College in Pontefract. Many thanks to our supporters from Ovingdean Hall Foundation and St. James’s Place Charitable Foundation, without whom the competition would not have been possible. 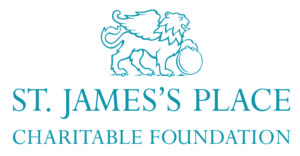