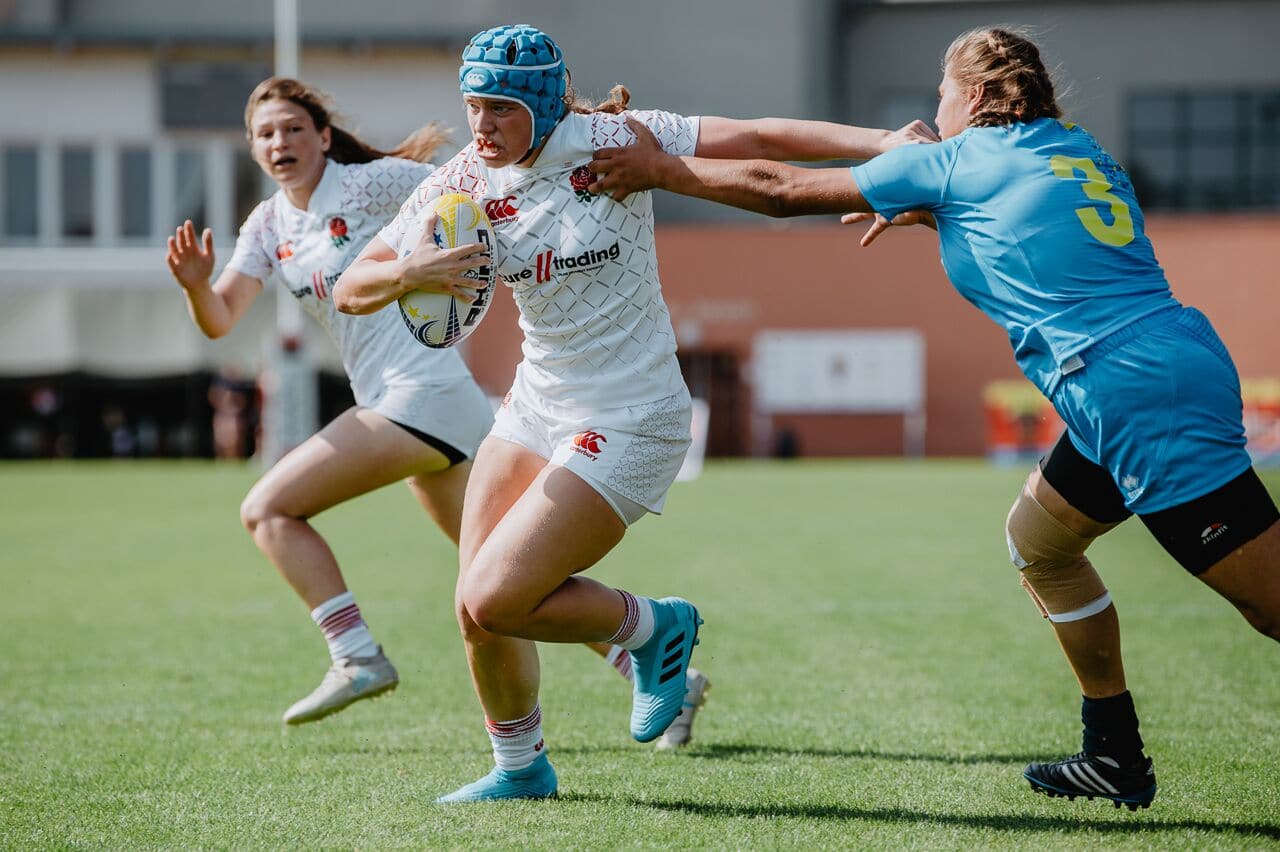 Panathlon has given schools on its deaf programme a big morale boost during lockdown by introducing pupils to inspiring sporting role models.

Jodie, 19, is England’s first ever profoundly deaf elite-level player. She trains full-time and travels the world playing in the HSBC World Sevens Series. She was recently selected on the GB Sevens squad and has ambitions of playing at this summer’s Tokyo Olympics.

James has played for the England Deaf side in Tests, ODIs and T20 internationals (including the Deaf Ashes down under in 2011 and the Deaf World Cup in India in 2005), is a disability sports coach, member of Panathlon’s Merseyside delivery team and UK Deaf Sport ambassador.

Teacher Ryan Sutton from Braidwood School added: “The session with James was fantastic for our pupils.”

Vicki Fox from St John’s added: “Our pupils got a lot from speaking to Jodie, she’s very down to earth and the boys really related to her because of that.”

Jodie, who’s from Yorkshire and plays for Sale Sharks, went to a mainstream school and found it hard to cope in a hearing world. Sport was her refuge. “It helped me mix and gave me some confidence, although I am still very shy today,” she admits.

Growing up she won titles in lots of sports including athletics, Brazilian jui jitsu and was five-time world coal carrying champion! Aged 15, she represented GB in athletics at the 2017 Deaflympics.

Around the same time, she discovered rugby. “It was supposed to be just a taster session, but I immediately took to it,” she reflects.

She progressed through county, region and national age grade levels and was offered a professional contract with England Women’s Sevens, breaking the mould as the first ever deaf England international.

“Rugby has given me some amazing experiences and friends and I’ve played at big iconic stadiums around the world,” she says.

“Playing in the national elite squad has been hard as communication is so crucial to success at this level. My team-mates and coaches have been amazingly supportive and are constantly looking for ways to help me improve.

“When I joined the England set-up I realised I was in a very privileged position. I thought I could be a positive role model for kids, especially those who may feel a little different. I wished I’d had a deaf role model.

“I began visiting schools and the thought of talking in front of people terrified me (it still does!). I started giving little talks to pupils, parents and teachers about my life, overcoming adversity and a positive message of hope to achieve and live an amazing life.

“I am also extremely proud be to the patron for the Elizabeth Foundation who help and support pre-school deaf children.

“I now travel the country visiting special needs, deaf and hearing children. Although I’m still terrified every time, I can see what it means to the children and that drives me on.

“The feedback I’ve had from schools, teachers and parents has been so inspirational to me. To hear feedback about children lighting up and changing lives just because of a little talk I did is quite mind blowing.

“I always use my personal little tag line ‘Be Unique’ to let the kids know it’s OK to be different.”

Another deaf role model who we’ve invited to speak to schools on our deaf programme is Esah Hayat, from London, who is currently studying at Cambridge University. As well as winning the men’s singles at the National Deaf Tennis Championships three times (most recently in 2020) he as represented Great Britain at the Deaf World and European Championships.

Mina Kaur, Teacher of the Deaf at Hurworth Primary School in Darlington, commented: “The session with Esah was brilliant, he such an inspiring young man and a great role model.

“Esah’s presentation made me emotional; the way playing tennis has given him confidence, helped him physically and mentally and now to be studying at Cambridge University! I bet his parents are bursting with pride!”

One parent who joined the Zoom call with Esah said: “How brilliant to hear all about what Esah has achieved! It makes me happy to see that as a hearing-impaired young man, you can still do so many things! It made me tearful when listening to Esah. It’s wonderful to hear his passion.”

Tony Waymouth, Chief Operating Officer of the Panathlon Foundation, said: “It has been great to give deaf children positive experiences through lockdown. The platform to talk to these role models and learn about their experiences as successful deaf athletes has been invaluable to students.”

Panathlon would like to thank the Ovingdean Foundation for their continued support of our deaf programme.

Twelve teams competed in Panathlon’s Yorkshire Deaf Boccia Final in Doncaster on Tuesday (March 5) with teachers calling the event “a fabulous experience for children who can often feel isolated.” …

Panathlon teamed up with Southfields Academy in Wandsworth and Chelsea Football Club to deliver a football day for deaf and visually impaired students, on the 27th June. With the morning…