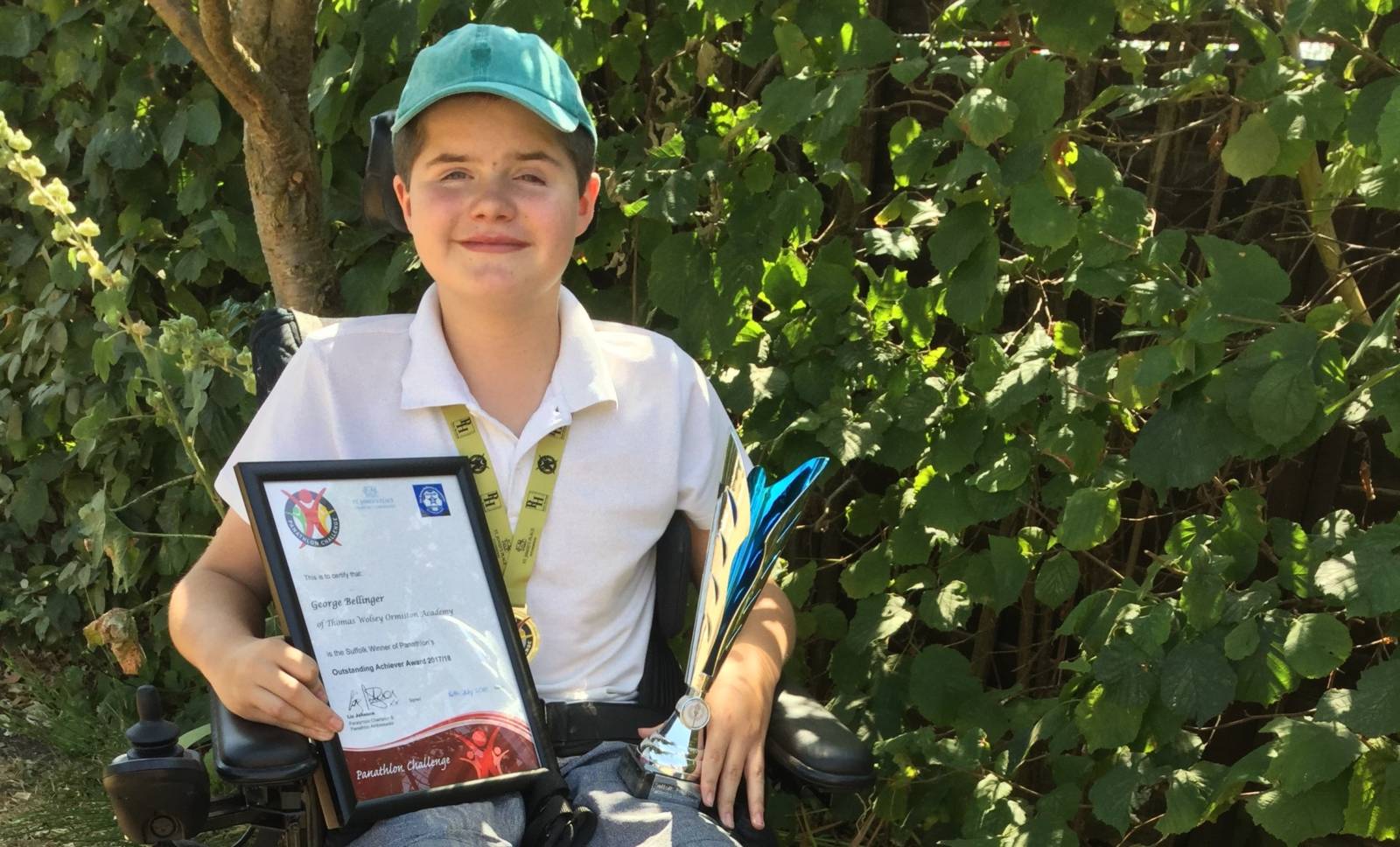 George Bellinger has been awarded the Emma Holloway Foundation Suffolk Panathlon Outstanding Achiever Award after showing great determination and perseverance to captain his school to county and national Panathlon finals.

The 14-year-old – who studies at Thomas Wolsey School in Ipswich – was diagnosed at the age of three with Duchenne Muscular Dystrophy, a muscle-wasting condition.

But despite his DMD, George has become an integral part of the Panathlon team at Thomas Wolsey, captaining his school to Lord’s Taverners national boccia and table cricket finals, held at Lord’s Cricket Ground.

George had previously tried very hard to compete with able-bodied children and would refuse to accept any special allowances or head starts.

But when he joined Thomas Wolsey, he was introduced to Panathlon and was able to take part on a level playing field, where he had an outlet for his competitive streak.

George’s mother, Rebecca Bellinger, said: “Thank you so much for thinking of George for the Suffolk award. He was genuinely surprised and so pleased.

“Anyone who watches George play knows how hard he is on himself and how fiercely competitive he is, but we are most proud of how he has matured as a team captain, seeing everyone’s individual strengths.

“He had no idea that he would be receiving the award and said afterwards that he was shocked to be chosen, very grateful to everyone at Panathlon and looking forward to the next season!”

Through the Panathlon events George has gained in confidence and learned how to take advice and direction from Sharon Bloom, his PE teacher at Thomas Wolsey School.

He thought that once he was in a wheelchair full time, his own ‘world of sport’ would be reduced to just watching it on television. Now he hopes that he may one day compete in the Paralympics.

Special thanks to the Emma Holloway Foundation for supporting the Suffolk Panathlon programme and also this award.