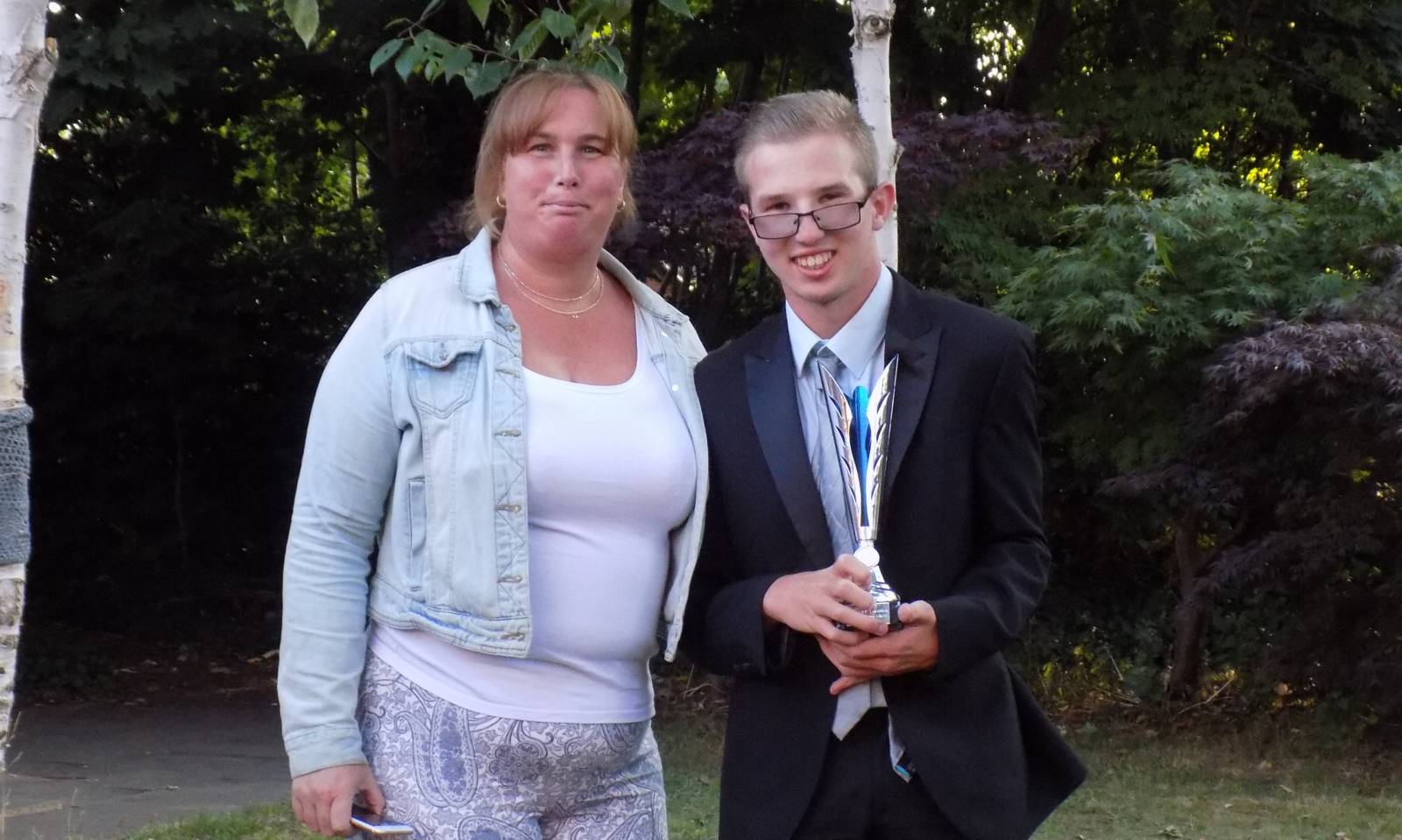 The perseverance and determination of Merefield School’s Aaron Bishop have earned him the 2017/18 Panathlon Outstanding Achievement Award for Merseyside.

The 15-year-old – who is a Merefield School Sports Leader – has competed in Panathlon events since 2011 and has most recently used his skills and knowledge of Panathlon to help support younger pupils and help them progress in various sports.

Aaron sustained very serious injuries when he was involved in a car accident in 2008, resulting in a severe brain injury, which led to physical, cognitive and behavioural difficulties.

Aaron was told by doctors that he might never walk again, but he now uses a self-propelled wheelchair, walking frame and leg splints. His determination has helped him successfully compete in many of the Panathlon events, including football, basketball, dodgeball, athletics and swimming.

Aaron was delighted to win this award for himself and Merefield School, which was named Primary and Secondary School of the Year at the Greenbank Academy of Sport Awards on Thursday. Read all about their doubles success here.

“I thought my highlight was going to London and swimming in the Olympic Pool at the National Panathlon Finals,” Aaron said. “That is now my school highlight, but this is my individual highlight, winning this award and also showing what pupils from Merefield can achieve. I am very excited about receiving this award and my school-mates are especially proud of me.”

Panathlon has given Aaron – who leaves Merefield this summer to join Southport College – opportunities that he might not otherwise have had, to compete alongside his peers and to excel in physical activity.

His confidence has grown over the years, but he always remains humble, something his mother, Caroline Bishop, was quick to point out.

“My husband, Darren, and I are so proud of our son and how far he has come on since his accident in 2008,” Caroline said. “It is amazing what Merefield has done for him and we are proud of the school, as this also recognises the support they have given him. “I want to thank Merefield and all the staff for giving Aaron back his love for sport following the accident.”

John Rice, Sports Co-ordinator at Merefield School, added:“Aaron has overcome many obstacles in his life and his perseverance to be successful in all walks of life is a credit to this young man.”