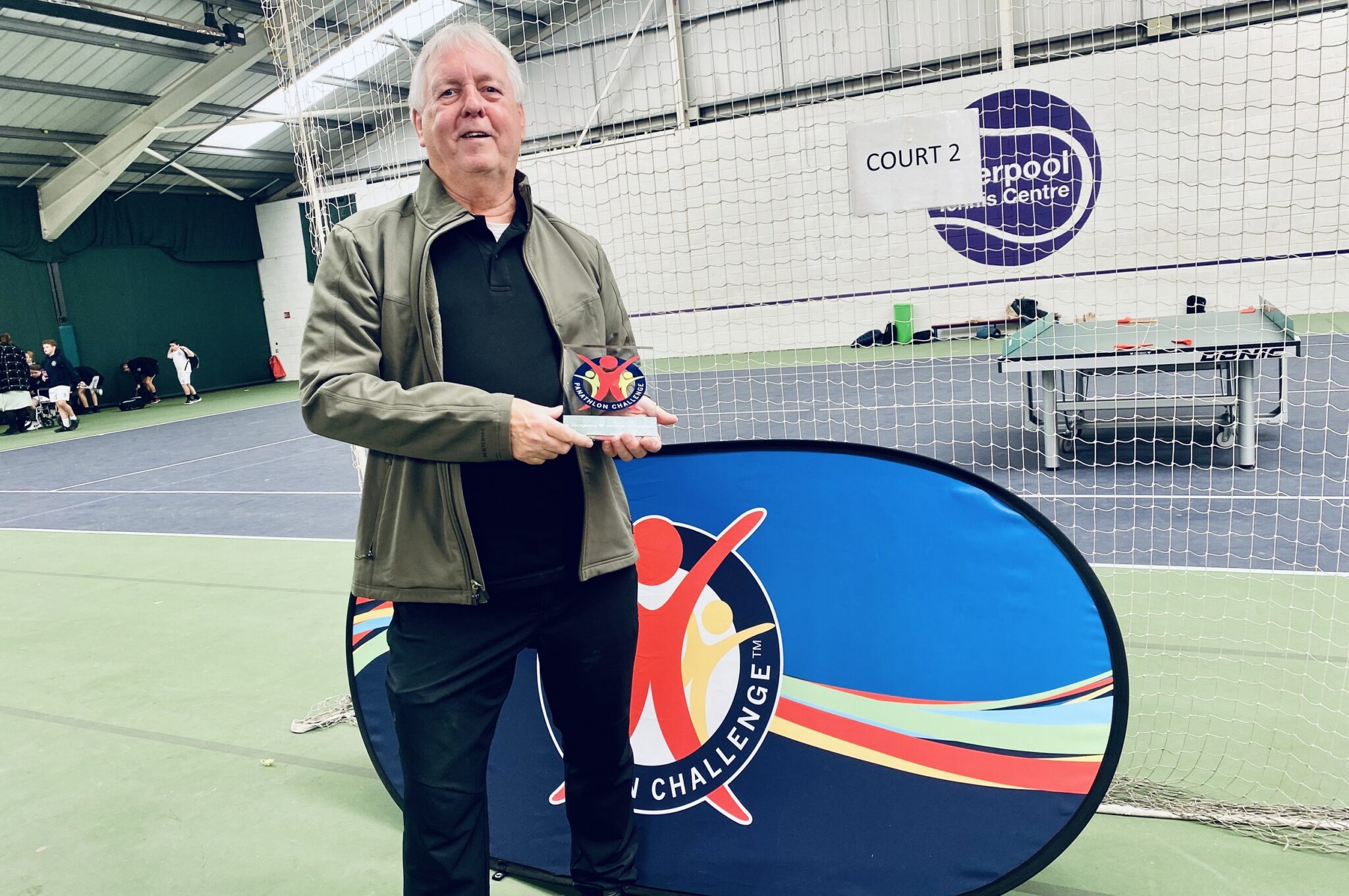 Teachers and colleagues paid tribute to Steve Sullivan as he brought an end to his 22-year career developing sporting opportunities for disabled children in Merseyside.

Steve, who has been key to growing Panathlon programmes so successfully in the north west, was presented with a special plaque at our Merseyside Schools Disability Festival of Sport at Wavertree Sports Centre on Wednesday (September 28) in recognition for his years of dedication.

Steve, who turns 70 on October 5, has built a thriving programme of sporting competitions for children and adults with physical and learning disabilities virtually from scratch since 1998.

He was forced to quit his previous job as a bus driver on medical grounds after being attacked while at work and sustaining serious injuries to his neck and arm.

They established an annual programme of local events across Merseyside that developed into county competitions against Cheshire, Lancashire and Greater Manchester.

“The highlight was when we beat Lancashire in the county football event for the first time after they had dominated for a number of years. We then held a tournament at Greenbank Academy, on our own home patch, and we thrashed them in every game.

“That was testament to the developmental work we’d done, running events in schools and simply giving children a chance to play.”

Steve successfully campaigned to get disability sport into the Merseyside School Games programme, whereas previously disabled children had been ‘included’ with mainstream pupils.

“You’re not going to find Paralympic athletes of the future if you don’t deliver disability sport,” he states. “If you hold mainstream sports events, schools will pick their top 11 children for football and cricket. They won’t bring pupils with a disability.

“We were determined to give everyone an opportunity and make them realise they can be whatever they want to be.”

On the back of Steve’s development work, Merseyside have for many years entered teams into major events like the annual National Junior Athletics Championships and National Schools Boccia Championships.

Through his dedication, thousands of children have had their lives enriched and gone on to flourish in the sporting arena, such as Ryan Paladino, Sophie Coyne and Paralympic gold medallist Nathan Maguire.

Steve has promoted and developed Panathlon’s programme of competitions on Merseyside for over 15 years, including many events at Greenbank Academy. He officially joined Panathlon as an Event Officer in 2018.

Pete Wyman, who has been Steve’s colleague for 23 years, said: “Steve has been a solid rock and built a platform for kids to thrive through sport. He puts absolutely everything into it. Every event he organises is top-notch.

“Back in 1995, there was one schools event in Merseyside where disabled kids basically did one length of the baths, then had a bag of sweets. Now we have 30-40 annual events covering athletics, football, swimming, boccia, new-age kurling, wheelchair basketball, table cricket, you name it.”

John Rice, PE teacher at Merefield Special School in Southport, said: “Steve has been amazing. He has got a big personality and he always goes the extra mile to make sure kids get the most out of the day. He puts events on that all the kids can get something out of. The participation and enjoyment levels are always through the roof.”

Tony Waymouth, Panathlon’s Chief Operating Officer, commented: “Steve’s passion and drive has given disabled children in Merseyside and across the north west hundreds of opportunities to compete and thrive.

“It has been a privilege to work alongside him. I will miss the opportunity to tap into his vast knowledge, his no-nonsense approach and ability to get straight to the core of the issues. He has been a great source of advice and wisdom. We wish him a happy birthday and all the best in retirement.”

The perseverance and determination of Merefield School’s Aaron Bishop have earned him the 2017/18 Panathlon Outstanding Achievement Award for Merseyside. The 15-year-old – who is a Merefield School Sports Leader…